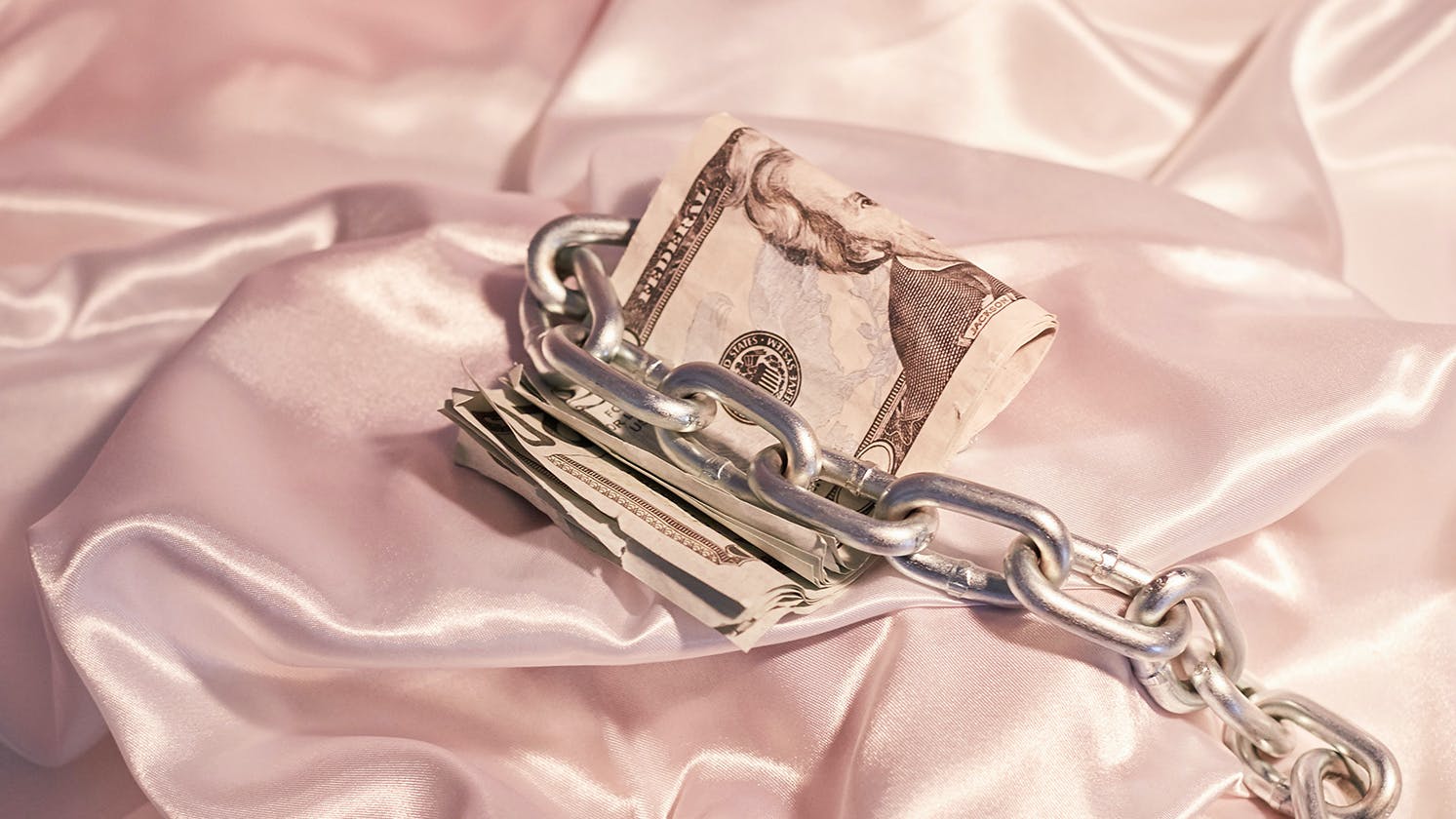 Are We Thinking About “Financial Independence” All Wrong?

In my early twenties, not long after I finished college and was trying to be an adult in the real world, I was gifted two books that stirred up an uncomfortable feeling that at first resisted categorization. One was Rich Dad Poor Dad: What The Rich Teach Their Kids About Money That The Poor And Middle Class Do Not—a well-meaning guide meant to help young people who weren’t born with wealth find equal financial footing with their savvier peers.

The second,I Will Teach You To Be Rich, was in the same wheelhouse (minus the subtle class shaming). Both were mined for wisdom and then quickly donated to the local library because the idea of either of them taking up permanent residence on my bookshelves made me squirmy. But I struggled to figure out exactly why.

What I eventually realized was that the problem wasn’t the books themselves—there’s a ton of good information in them, and some of the pointers I took from those pages have turned me into a more financially healthy person overall. For example: I never would have known to set up a SEP IRA as a freelancer if I hadn’t read in-depth about money habits for the self-employed. Nor would I have fully appreciated the value of a well-balanced mutual fund—and why sometimes it pays to have someone else make decisions for you when you’re out of your depth.

The truth is, the desire to have more money is something that I’ve always felt strangely about.

But, what I eventually realized is that I was having a negative reaction to the word “rich,” and, more specifically, to the idea that being rich was a status I should be seeking. That’s ultimately why I culled those titles from my shelves as soon as I’d gotten the information I needed from them.

The truth is, the desire to have more money is something that I’ve always felt strangely about. I didn’t grow up with a whole lot of it: My mother was a high school librarian, and my dad did well in sales, but it wasn’t until I went off to college and met kids with high limit credit cards and trust funds that I fully understood how middle class we were. I didn’t own designer anything. I balked at the costs associated with joining a sorority. I was raised to always try and make the most with the least—to be frugal most of the time so I could splurge every so often. As a result, even now, I don’t lust after things that exceed my budget. Over the years, I’ve padded my savings account because it makes me feel safe. But being rich, as a life goal, feels like a cheap way to live.

And so I breathed a big sigh of relief—and recognition—when I came across the new edition of Your Money Or Your Life, a book that’s less a guide to getting rich than a philosophical approach to the way money functions in our lives. It acknowledges wealth as a means instead of an end; more importantly, it asks the reader to examine her relationship with money itself, and the underlying beliefs that inform how, and why, we choose to spend it. In other words, it makes you ask the question: Which matters more—your money or your life? And how do those two ideas fit together?

“We put money between ourselves and every one of those aspects of ourselves.” —Vicki Robin

If you’re already thinking this sounds like liberal peacenik ideology, you’re not entirely wrong. It fits that label at times, but it actually transcends it once you start digging into the step-by-step guide. “The majority of our lives is going down the money tunnel, but that isn’t who you are,” says Vicki Robin, who co-authored Your Money Or Your Life with Joseph R. Dominguez when the bestseller first hit shelves back in 1992. Robin has become a financial independence guru over the years—and by that, I mean she’s a highly sought after expert on how to keep money from controlling your life. “You’re a person with a heart who has big dreams and hidden wounds. You are a person who wants to learn, experience, travel the world.”

“We put money between ourselves and every one of those aspects of ourselves,” she goes on, and I am nodding in an empty room. We are on opposite ends of a telephone line, on opposite sides of the country. But she is quick to laugh, acerbic, funny. The kind of person I wish I could call up for a cup of coffee or sit with in the kitchen on a sunny afternoon, talking. She seems to sense my conflicted financial feelings over the phone even before I bring them up.

“How does the money in my life serve who I am?” Robin forcefully asks. It’s a good question, and one that I—like a lot of people—don’t have an answer to. I also don’t find an answer during the course of this conversation, though I’ve thought a lot about it in the weeks since. We live in a culture where you can buy whatever you see and want with the touch of a button, where aspirational imagery designed to tempt flickers before our eyes across a stream of screens all day long, and where making a purchase is as easy as saying Hey Google/Siri/Alexa…. Thinking about why we spend what we spend—what is governing why we want what we want—isn’t typically part of the mental process of purchasing anymore.

At 31, I have been paralyzed by indecision about my finances, overwhelmed by all the things I could be doing with my money. So, instead, I have elected to stand completely still.

And today, that type of spending is within my reach, at least to a degree. At this point in my life, I have more money—and security—than I’ve ever had before. I have well-funded retirement accounts and a nest egg from a medium sized family inheritance. I have spent my entire career to date doing the responsible things: building up an emergency fund, paying down my college loans, trying not to carry over any credit card balances month to month, and keeping my living expenses low, however possible.

Yet, at 31, I have been paralyzed by indecision about my finances, overwhelmed by all the things I could—or even should—be doing with my money. So, instead, I have elected to stand completely still, so that I don’t make any wrong moves. In that way, my financial safety net is something I’ve gotten tangled up in. But what seems clear is that I don’t know what to do with my money because I am still figuring out what it’s for.

Your Money Or Your Life has a relatively simple philosophy about that: money isn’t an ends, it’s a means to do the things that give your life meaning, so take the money you have, don’t spend it on things that you don’t actually need, and try and become financially independent—which also means being independent from money. Oh, and question everything you know about why you need what you think you need.

“We talk about levels of financial independence,” says Robin. “For example: Who wins if I buy a new lipstick? If I like the new lipstick, then I win. But if I have 16 more of the same shade at home, that’s just a win for the corporate culture. Our mantra is ‘no shame, no blame’ but being able to see the narratives that have been fed to you is transformative.” In other words: If you want the lipstick, buy the lipstick. But before you do, ask yourself what buying the lipstick is actually about.

“What’s powerful for me is not a critique of capitalism but rather that people ask the question: Who wins if I do this?” says Robin. “Once you can see that picture you have more financial freedom and more sovereignty over your life.” What she’s talking about isn’t a disavowal of money or the suggestion that you shouldn’t spend on a few impulse buys that make you happy, or that you shouldn’t be smart about what you do with the money you have—savings accounts, diversification of income streams, thoughtful financial planning are all part and parcel of the Your Money Or Your Life approach.

But what the book does—and what I’ve seen no other do in quite the same way—is to challenge the idea that wealth is a worthier goal than substance. It’s a book about money that reminds you that money is something we made up. It’s what we do with it that matters. At some point while I was reading, a switch flipped: There is a difference between the quest to be rich so you can have anything you want, and knowing what you want and creating a financial situation that supports those desires. Feeling financially secure liberates you from thinking about money—which means that you’re able to dedicate time to pursuits that have more meaning.

It’s my money. It’s my life. I get to choose which way I spend both.

In other words: It’s a money book that was never about the money. It was about how to live your life. At the tail end of the call, I asked Robin a personal question about a major financial decision I am on the cusp of making: getting a graduate degree in a field that I am dedicated to, in a program I could have only dreamed of, in an industry whose future is shaky. We talked about costs, what two semesters of thinking and learning mean to me; how it impacts my value. About how I am getting married in the fall, how I hope to become a mother one of these days, and how it feels like everything happened slowly and then all at once.

In the end, we settled on this: It’s my money. It’s my life. I get to choose which way I spend both, and it’s better to know why I want something than to go into blind. When we hung up, I mulled over what I had really learned here, and as expected, money was just a small piece of it. Our lives are a series of decisions. It’s up to us to make them worth making.

The 2018 edition ofYour Money Your Lifeby Vicki Robin and Joseph Dominguez was released on April 3. 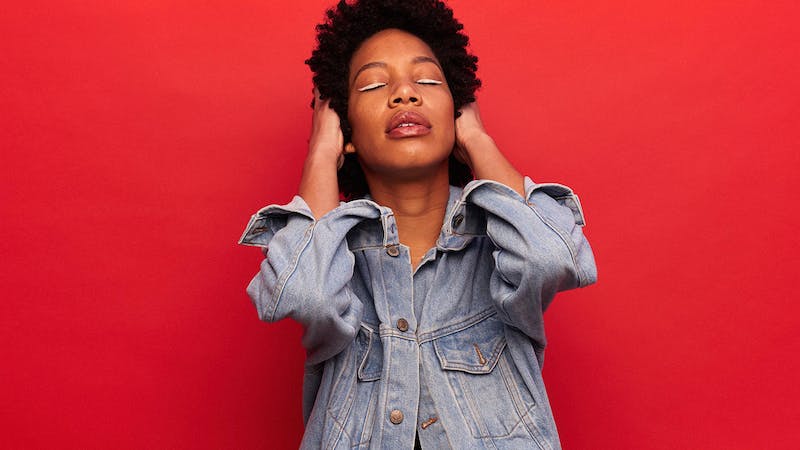 Money
How To Deal With Compassion Fatigue
Tips for managing the strain that intensively caring for other people can cause.
6 min read
Read More 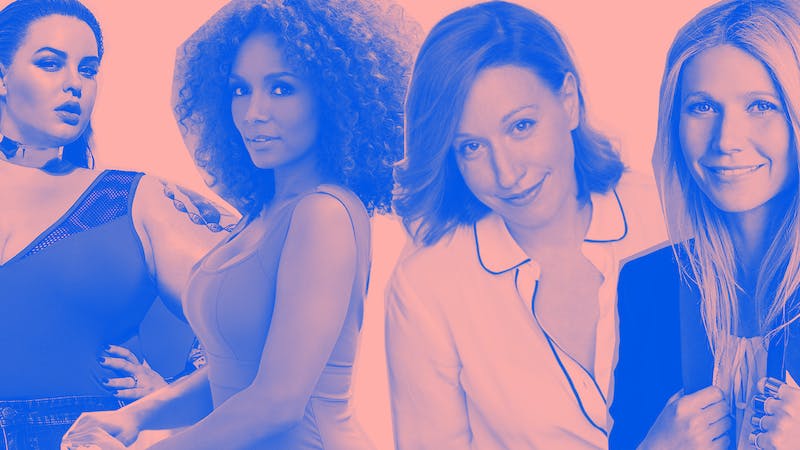 Money
20 Remarkable Women, 20 Wildly Different Definitions Of “Success”
Time to re-write the book on what a good life looks like.
1 min read
Read More
Sign up for our newsletter
We'll send you updates on our latest launches and more.