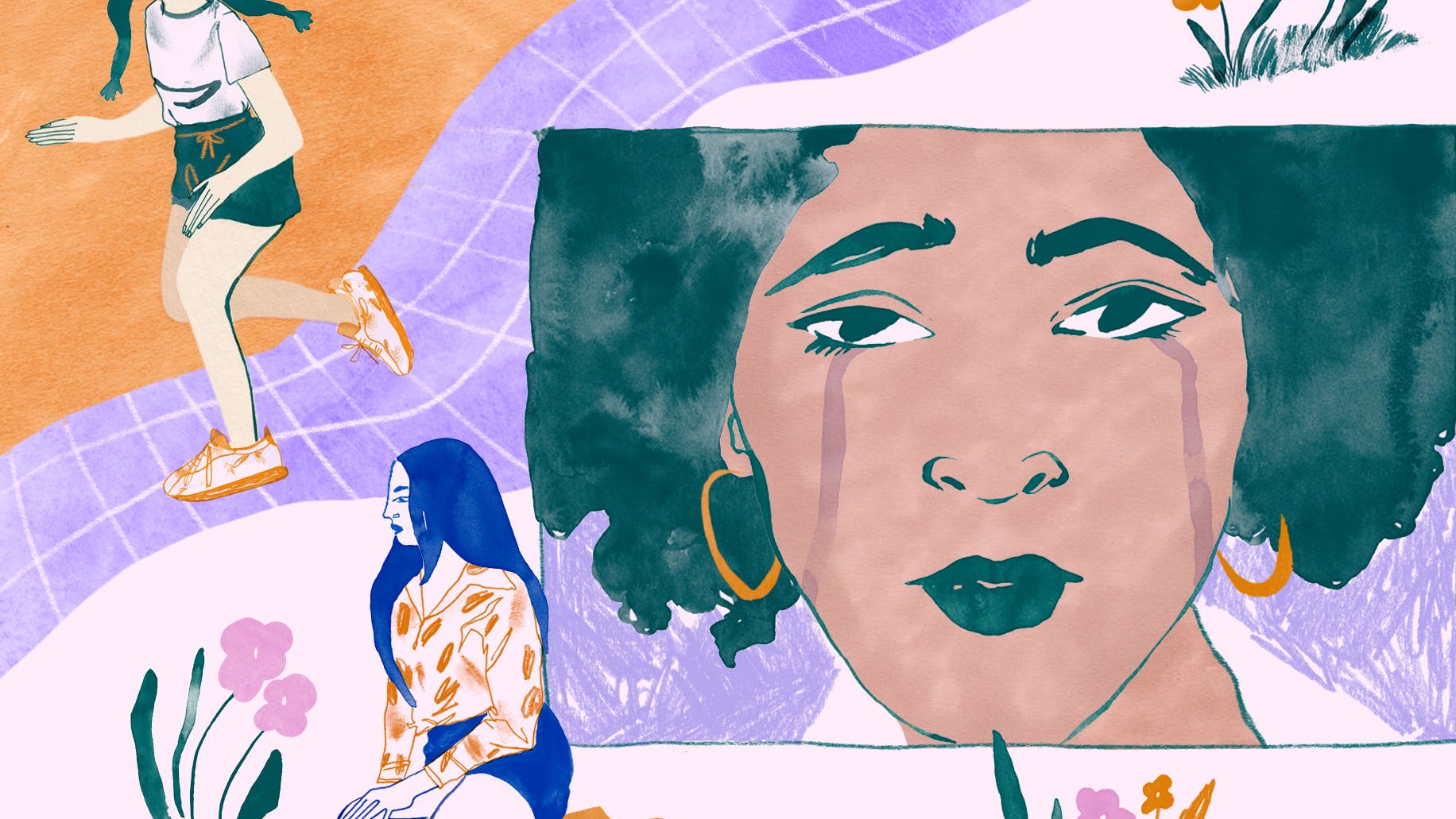 You’re not alone if the upcoming elections—and the recent heated political climate—has you feeling down or anxious. Just last year, months after the election of President Donald Trump, the American Psychological Association released the results of an annual survey, Stress In America. The number one stressor among Americans? The future of the nation.

To be living in an era where so many of us are concerned about threats to women’s rights, immigrant safety, the environment, the value of facts, and our democracy’s future inevitably takes a toll on our mental health and wellbeing. After the 2016 presidential election, it felt like almost everyone around us was suffering. During that first year we saw the introduction of “post-election stress disorder.”

Even more specific, the influx of patients seeking therapy led to doctors coining the term “President Trump Stress Disorder.” Symptoms included “insomnia, hyper-vigilance, and the inability to pull themselves away from the 24-hour news cycle,” according to the New York Daily News.

Across generations, there’s the unshakable feeling that we’re living through a period unlike any before in American politics. In the same APA survey, 59 percent of Americans said they consider this “the lowest point in US history they can remember.” Oh—and the respondents included people who’ve lived through such catastrophes like World War II, Vietnam, the Cuban Missile Crisis and the Sept. 11 terrorist attacks. Need we say more?

How do you cope when it feels like the world is on fire? The answer is: You start by make sure you’re safe. You take care of yourself, so you have the energy when it comes time to take care of the world. Self-care is key to making it through tough times.

Take it from Angela Davis, one of the most prominent social justice activists around. At a 2014 talk at Pacific University, Davis concluded her speech by cautioning that “self-care has to be incorporated in all of our efforts.” That, she added, is “what is going to eventually move us along the trajectory that may lead to some victories.”

If you’re wondering how you can practice some self-care during this election cycle, we’ve got a few ideas. Here’s where you can start.

In order to process your emotions, you need to let yourself feel the emotions.

Scream into a pillow if you need to. Call your bestie to vent. Shed a tear, or two, or plenty more. Trying to swallow the emotions you’re feeling? That will only do more damage. Find a safe space for yourself to let yourself truly feel what’s going on. You’re only human, after all! You’ll feel better and have some clarity of mind once you’ve had that emotional release.

Progress is slow and inching forward, back, and forward again.

There’s something inspirational about taking time to reflect on historical social progress. It can be easy to look back on previous generations and focus on the landmark victories. But, more often than not, that same progress brought about resistance and a step or two back. Take some time to sit, read, watch, listen —learn—from past movements. You’ll notice one thing: progress is a slow-burning fire. Taking stock of how little victories along the way paved the road for greater progress will not only keep things in historical perspective, but hopefully inspire and reinvigorate you.

Stop scrolling through Instagram and your social feeds without intention.

Do you feel miserable every time you log on to social media? It’s okay to sign out or delete an app or two. Turn off your phone if you like. Don’t let yourself scroll aimlessly through social feeds when you notice bickering and hurtful languages has replaced dialogue.

Get your blood pumping

Go for a run. Get your body moving. Sit in child’s pose. Whatever gets your endorphins moving.

Getting in some exercise might be the last thing you want to do when you’re feeling down. We get it. Staying in bed seems 1000% times better. Recognize, though, you can’t stay there forever. Start out slow, by going for a walk around the block to clear your mind. When you’re ready, inch closer to something that truly gets your blood pumping.

..If you can. If you can’t, take a walk. Journal a few pages in a notebook. Listen to your favorite albums. Watch an episode or your favorite sitcom. Or just take some time to cross a few things off your to-do list. You’ll feel tons more accomplished and happy when you’ve made progress on the small things.

Go to a safe space

Take a break from debating issues that don’t align with your morals.

Reach out to the people who have your back no matter what. When you’re feeling drained, it’s okay to say “No, not right now,” to situations that may trigger you or cause you pain. It’s called self-preservation.

Financially support others in big and small ways.

Send $5 to a friend so they can buy their coffee. Spot someone for lunch. Tell them how proud you are of them. (Hat tip to writer and educator Rachel Cargle who encourages people to invest in one another and in our collective mental health.)

They do so much work behind the scenes.

Show the people who lead political activism that you appreciate them for organizing and educating the masses into action. If they have a Patreon or Venmo account, make a small donation. Support their newsletter. And don’t forget to ask how you can help. You may not feel your best now, but when you’re in a better place, you’ll know what to do next.

When you’re ready, let it go

Don’t allow the anger and sadness consume you.

This doesn’t mean you forget the hurt you’ve felt. Nor does it mean you give a free pass to wrongdoers in your life. It means you give yourself the space to transform. Propel your energy into the action you need to take next. We trust you’ll come out victorious. 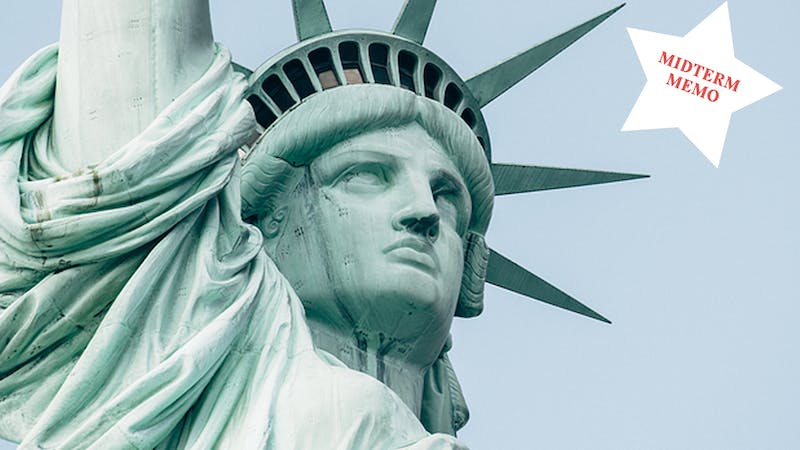 Wellness
5 Key Issues To Watch Closely During The 2018 Midterm Elections
Here are the ones we can’t stop thinking about—and neither should you.
5 min read
Read More 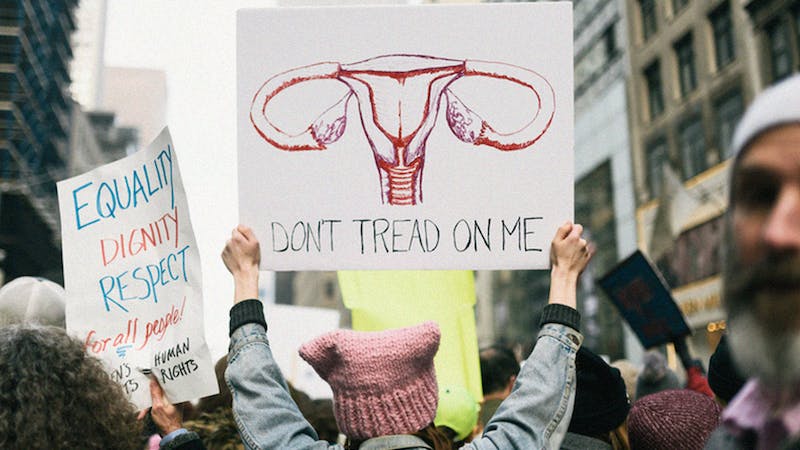 Wellness
How To Cope When You Feel Defeated By The Patriarchy In A Post-Kavanaugh World
After the Kavanaugh confirmation, everything feels clouded in darkness. It can help to look back at times in history when justice has prevailed.
5 min read
Read More
Sign up for our newsletter
We'll send you updates on our latest launches and more.