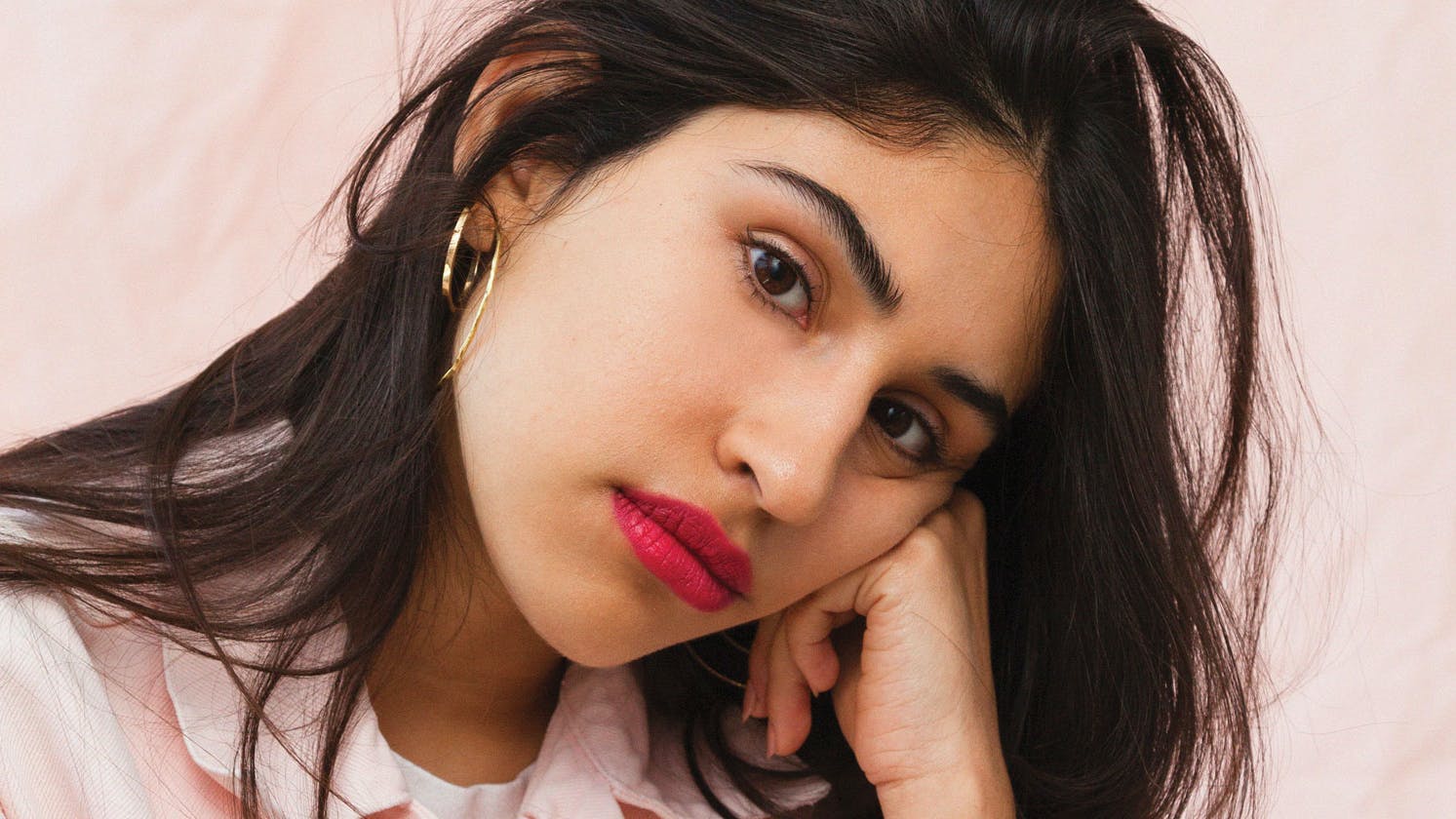 WTF Is Going On These Days With Millennial Women And Work Anxiety?

Young women are suffering from anxiety at alarming rates, and our work lives are a major source of it. Anxiety disorders are the most common mental illness in the United States; current studies suggest they impact 18 percent of the general population. And a number of experts believe the affected percentage is actually much higher—particularly among young women and marginalized populations.

“Anyone can have anxiety and we don’t really know what’s causing it,” says Olivia Remes, a Phd researcher at the University of Cambridge and the co-author of a “review of reviews” that collated 48 research studies focused on anxiety. While available studies generally separate young people as one subgroup and women as another, Remes says it’s clear that “young, millennial women have one of the highest risks for anxiety.”

And though anxiety disorders are extremely prevalent today, it can’t be definitively established that they’re more prevalent than in the past. “When your parents and grandparents said their ‘nerves were bad,’ they could have been talking about anxiety and depression,” says Dr. Joy, an Atlanta-based psychologist who founded the online resource Therapy For Black Girls. At least now, we’re more able to talk about how we feel.

Even accounting for how increased disclosure and more precise terminology might impact trend patterns, Beth Jarosz, the U.S. programs senior research associate at the Population Reference Bureau, says it’s very likely that anxiety rates are on the rise among young women. “One of the signals about mental health is the suicide rate. We’ve seen that go up for large segments of the population, especially young women,” she says, underscoring there is no single causal and underlying factor that precipitates suicidality.

Remes, Dr. Joy, and Jarosz all acknowledge that work lives are a key source of anxiety for many young women today.

So why are young women experiencing especially high rates of anxiety?

“There are trends that suggest women in their late 20s and early 30s are economically stagnating,” Jarosz says. “You’d think we’d be at parity in STEM fields—the highest-paying professions—and in fact we reached the peak of women scientists 15 years ago; the share has fallen since then. We still don’t have any occupations where women out-earn men; there are just a handful where they earn the same amount. Women still make less in almost every single occupation.”

Since she founded Therapy for Black Girls, which now hosts a Facebook discussion group with more than 12,000 members, Dr. Joy has seen that the young black women in her community “are incredibly stressed at work,” she says. “They’re stressed about microaggressions in the workplace and racist comments, which have gotten pickup since the election. And there are a lot of unrealistic expectation about what can be accomplished. If work feels like a place where you just have to be for eight or nine hours a day, that can be miserable.”

“Millennial women still see roadblocks on the horizon … They have a sense that the playing field is not equal.”

While women have made significant advancements in the workplace, “millennial women still see roadblocks on the horizon,” says Kim Parker, the Pew Research Center’s director of social trends research. “They have a sense that the playing field is not equal.” A study Parker co-authored found that 59 percent of millennial women believe being a working parent makes it harder to advance in a job or career, compared to only 19 percent of millennial men. Women’s experiences at work, whether they’re parenting or not, are significantly more compromised than men’s; four in ten working women say they’ve faced gender discrimination at the office.

And 55 percent of women who have been sexually harassed say it’s happened both in and outside of their work environment. Facing discrimination and harassment at your place of employment are pretty clear anxiety triggers. “Sexual harassment and sexual assault are getting more media attention, which is a good thing, but it also helps women to see what that thing they experienced was,” Dr. Joy says.

And Jarosz points to the broader political and policy environment, which she highlighted in a comprehensive trend report published in 2017. “Despite decades of progress in the feminist movement, there are a number of things going in the wrong direction—and surprisingly so,” she says.

Furthermore, technology—that oft-scapegoated development—enables us to constantly compare our lives to others’. “I often see young women asking ‘Should I be doing more based on what I see in people’s Instagrams?’” Dr. Joy says.

These are a few of the top-level work-related stressors. There is no comprehensive list; the limit does not exist.

Anxiety rates are likely higher than we can confirm because studies often fail to fully capture the experiences of the most vulnerable. If people are suffering from ill health or looking after children, they’re less likely to participate in a study, even if it offers a stipend. And more research is needed on the prevalence and impact of work-related anxiety in marginalized young women, like Native American women, sex workers, or women who identify as LGBTIQ. “There are huge research gaps,” Remes says. “If certain populations feel stigmatized and marginalized, their mental health is very likely to be worse than those who do not.” ­­

Another research bias has to do with the fact that many of the questionnaires researchers use to identify whether someone has a mental disorder are developed with western populations in mind. If questionnaires focus on shame and anxiety that’s self-focused (e.g. perceived personal flaws) instead of other-focused (e.g. losing face in someone else’s eyes), they may gloss over symptoms.

And while there are plenty of resources and habits, like meditation, regular exercise, and sleep change, that can help young women offset the anxiety they face, personal habit change won’t address the broader policy and political conditions that contribute to that anxiety—including that young women are often underpaid, overworked, under-resourced, harassed, and discriminated against at work. Changing those conditions will require sustained policy, organizational, and electoral effort.

But even “acknowledging that mental health issues are prevalent today is an important thing,” says Jarosz. “It’s not surprising that these things would take a toll on young women. They aren’t being ‘whiny’ when they’re talking about it.” 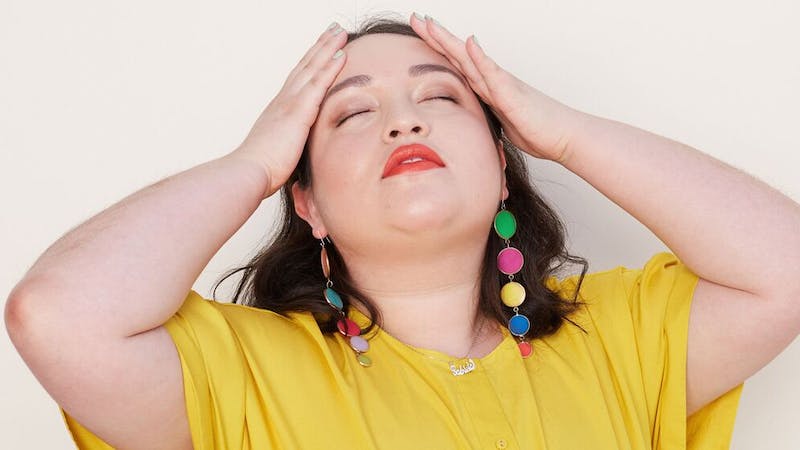 Work
5 Signs You’re Too Stressed At Work (And What To Do About It)
Here’s how to know if you’re burning the candle at both ends—and about to burn out.
5 min read
Read More

Work
How Breaking Things Helped Me Deal With My Anxiety
If your anxiety feeds on inactivity, this could be one solution
7 min read
Read More
Sign up for our newsletter
We'll send you updates on our latest launches and more.