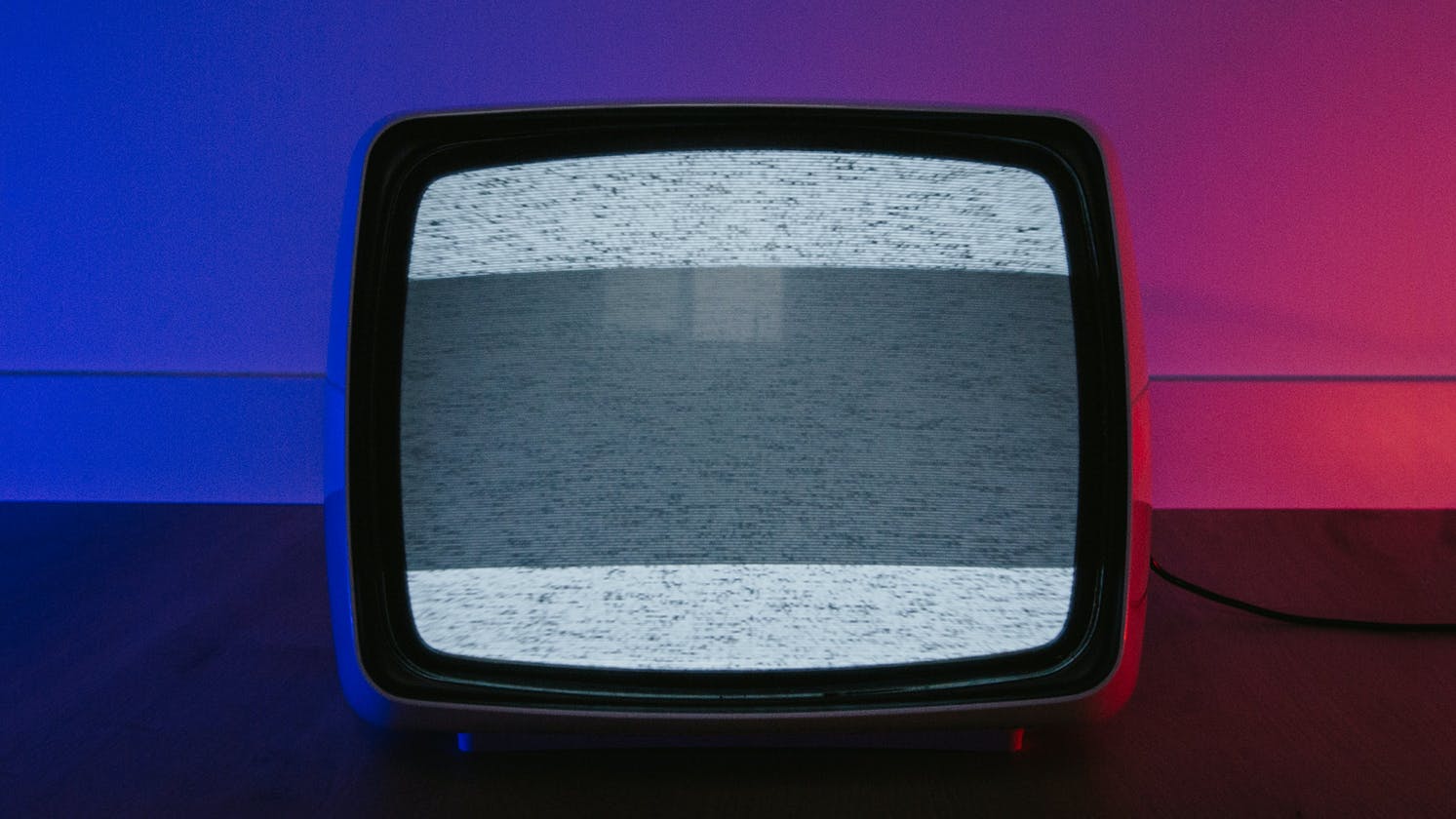 10 Relationships In Pop Culture That Were Actually Toxic AF

For a lot of us, our ideas of what relationships should look like came from pop culture. We ‘shipped everyone from Lucy and Ricky on I Love Lucy to Jim and Pam on The Office before shipping was even a term. We pretended we had a Jane to our Daria; a Michelle to our Romy; and an Anne to our Leslie Knope. But, for every on-screen dream relationship, there are tons of nightmare toxic relationships lurking right below the surface. Here are some of the relationships that want you to believe they’re true love, but according to the relationship experts we bugged, they’re truly toxic.

“There’s just a real shallowness to this relationship,” says intimacy expert Allana Pratt. “There’s a lack of care for what really matters. Prince Eric doesn’t say, ‘Oh my God you need some clothes!’ or ‘Where is your family?’ or even express concern for Ariel that she’s leaving her family for him. He was just smitten with her beauty and her singing. And then he ditches her instantly for Ursula! There isn’t a depth of honor for what she had to give up to be with him.

But she was really no better. Ariel was into this puppy love as well. She was very ‘I can save him and now he wants me.’ It’s a story about shallow beauty, grasping for pleasure, and an unwillingness to feel the difficult emotions, ask the difficult questions, and talk about the difficult issues that are needed to make a relationship last long-term.”

“This is one of the hottest romantic relationships you’ll find on television,” says relationship expert April Masini. “And if you pay attention, you’ll notice there’s no warm and fuzzy between them. In fact, there’s nothing mundane. You never see them grocery shopping together. They don’t brush their teeth together … This is a relationship between people who love drama.

She continues: “For most of the show, Fitz is married and unattainable. The rush for Olivia is that he’s high powered and can never be all hers—at least not in public. If Olivia and Fitz had to do their taxes together, clean their apartment, and babysit each others’ nieces and nephews together, they’d never last. But because they can never truly have each other, they’re super hot together. And apart.”

“I think the biggest misunderstanding is that passion is love,” says Pratt. “In the movie, you see that Noah completely ignores Allie’s ‘no,’ which is completely disrespectful. He invades her personal space repeatedly, which we could call harassment. He threatens to commit suicide, which is total manipulation. And then there’s complete verbal abuse.

But it’s happening so often that it’s getting minimized or normalized as OK. Then, on her side, there’s physical abuse. Their passion is actually volatile. He doesn’t value her boundaries or her feelings—and yet we think this is true love that he wrote her 365 letters, rather than getting the picture, letting go, and moving on.”

Okay, so Angela and Jordan weren’t really in a relationship. For the most part, she was obsessed with him and stared at him with hearts in her eyes. But when he finally noticed her, his narcissism and general lack of empathy made hurting her the only eventuality. Most of us date a Jordan Catalano at least once in our life. But hopefully we learn pretty quickly that we’re all Clare Danes and we’re better than this.

“Ross and Rachel’s relationship was really immature,” says dating and relationship coach Lisa Shield. “They played so many games! There was never a true commitment in their relationship. As with so many relationships, they were acting out their own neuroses and weren’t committed to really working through things.

Meg Ryan and Tom Hanks. Just their names illicit a warm fuzzy feeling in our cold dead hearts. But, let’s be real, the movie You’ve Got Mail is not romantic. Though Nev Schulman never pops up, at the film’s core it’s a story about a man who catfishes a woman. Joe continually lies to Kathleen both IRL and online.

He yo-yos her between hating him and starting to have feeling for him, but won’t allow her to admit her feelings because of all his lies. AND he drives her out of business. She’d have been better off with Greg Kinnear.

Carrie Bradshaw and “Big,” Sex and the City

“For a long time, Carrie and Big were great—but when it became clear that he was never going to commit to her, Carrie refused reality and started living in a toxic dream bubble,” Masini explains. “We could almost hear the one violin string playing, warning danger, as her wedding neared. That gigantic closet that Big gifted her was not going to make up for their relationship dynamic.

“He was not someone who could commit and be happy. He was primal, which she loved, but true primal beings don’t stay put. They move. And while relationships thrive because we show our primal sides now and then, Big was more primal than he was the type to settle down. Carrie never accepted this.”

“Belle is falling in love with her abuser,” says Pratt. “There’s this idea that says ‘Well, one day they’ll stop abusing me. One day they’ll stop lying to me. And when they do, I’m enough.’ And that’s how they keep us prisoner. She is seeking her worthiness, kindness, safety, and everything from the outside—and, of course, it’s never there.

“So poor beauty is literally attracted to a beast who lies to and starves her. She gives up her entire life. Disney is telling us to seek our worthiness from an abuser and from a toxic relationship which is so destructive.”

The most toxic character in The Devil Wears Prada is Miranda Priestly right? Well, maybe not. Andy’s boyfriend could easily have made the relationship section of this list for his whiny “You’re not paying attention to me” attitude, but it’s her friend Lily that comes in as the top dog in terms of steamy piles of toxicity.

Yes, it sucks that Lily’s BFF Andy is working all the time and has less time for her, but to happily accept gifts and then turn around and give her shit for missing a birthday party is not cool. A good friend would support her friend. She would notice how stressed she is and try to help in any way possible. Instead, Lily goes out of her way to make Andy feel worse by telling her she’s changed.

Relationships, no matter what form they come in, need work. But it’s also important to acknowledge when something isn’t healthy for you so that you can cut your losses and start looking for something that makes you happy.

If you have experienced domestic or family violence, call the National Domestic Violence Hotline on 1800 799 7233 (en español 1800 787 3224 (TTY). For international readers, here is a directory of resources from around the world that you can contact. 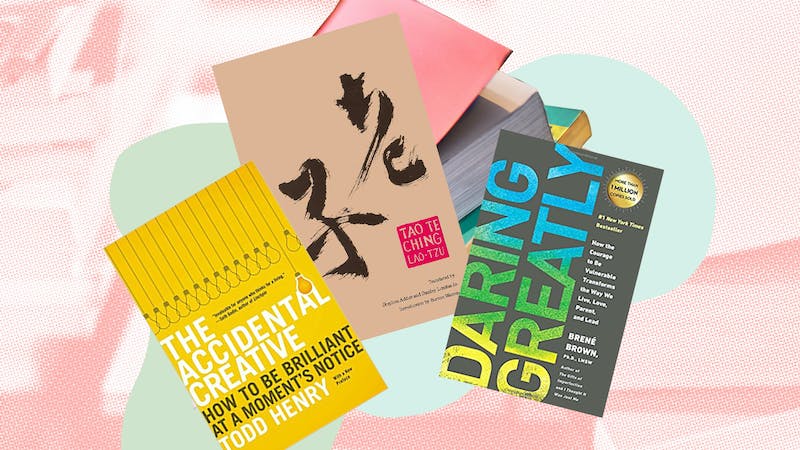 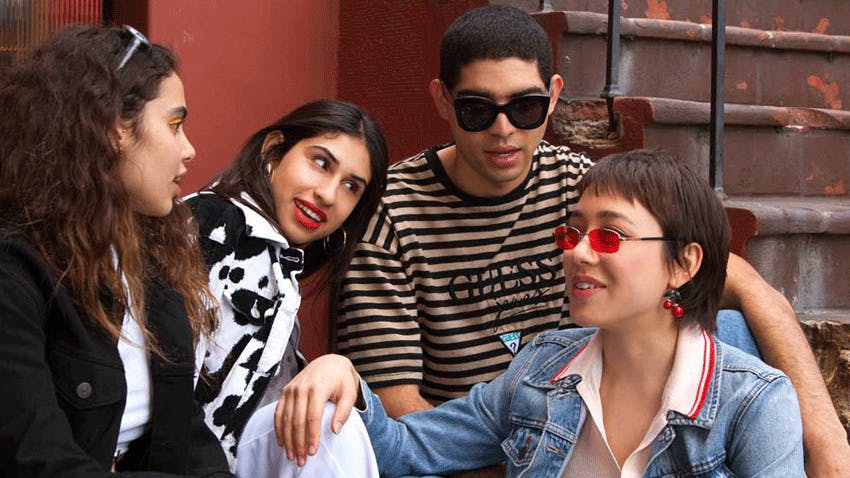 Life
7 Rules For Taking Care Of Your Friendships After You’ve Cuffed Up
You’re feeling great about your lovebird future, but your bestie might not. Here’s how to make sure you’re keeping perspective and being a good friend.
6 min read
Read More
Sign up for our newsletter
We'll send you updates on our latest launches and more.