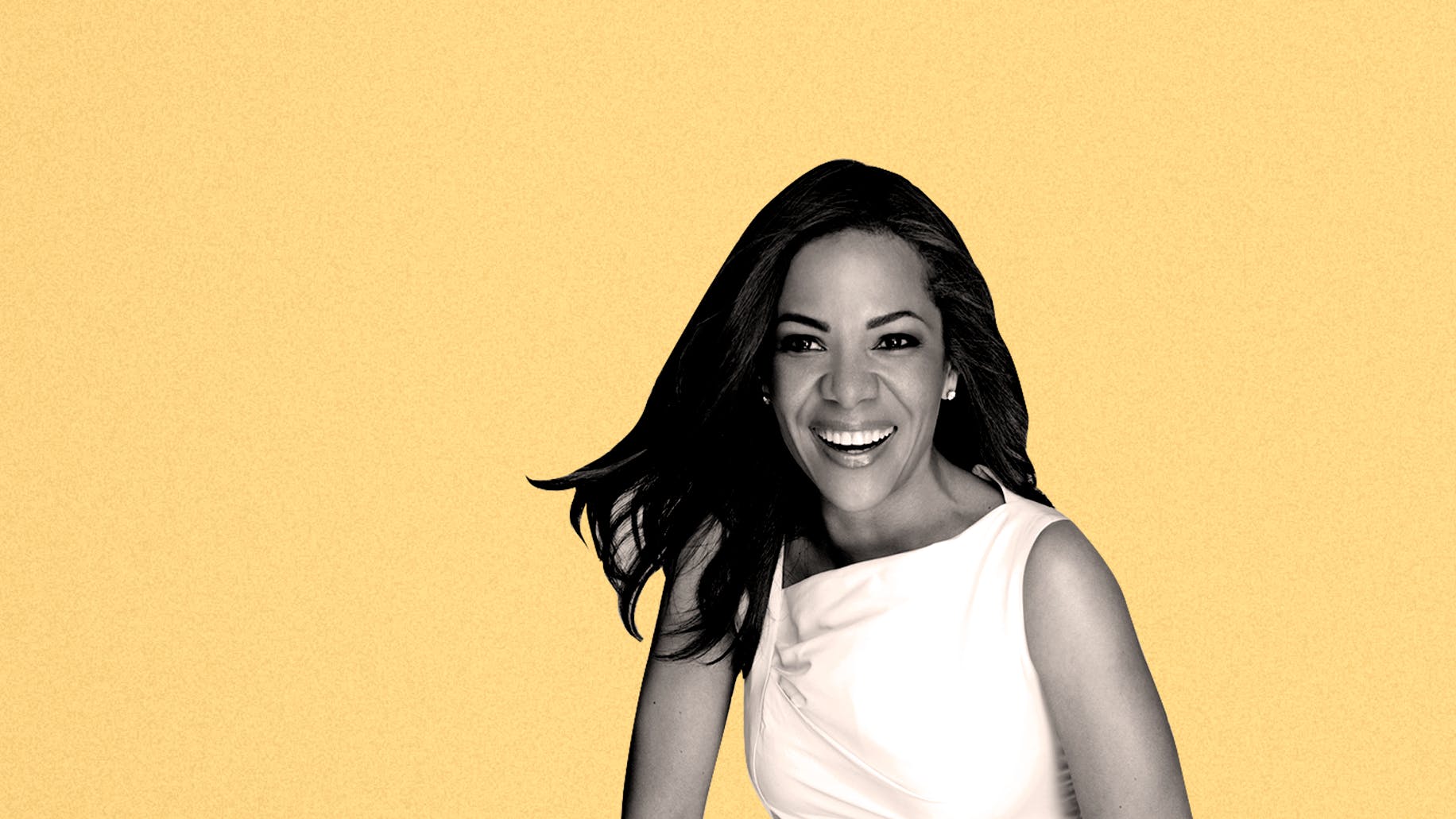 That Thing About How People Love ‘Authenticity’? Let’s Not Ignore It

Sunny Hostin is an Emmy-nominated co-host of “The View” and an Emmy-winning senior legal correspondent for ABC News. For more than a decade, Hostin has given clarity and context to pivotal news stories including the Bernie Madoff scandal, unrest in Ferguson, the Bill Cosby sexual assault trial, and more. Born and raised in the South Bronx, Hostin overcame adversity and became the first in her family to attend college and later became a trial attorney for the US Department of Justice. In this edition of “Nobody Tells You This, But…” Hostin reminds us of the importance of always keeping real, whether you’re on camera or not.

When I was growing up in the South Bronx, the public schools in our neighborhood weren’t doing a good job of educating the community. As a result, my parents always instilled in me the idea of getting that much-prized college degree. For me, there was no question that I would be going to college. It was just a matter of how to afford it. Thankfully, I got the college scholarship I needed. But, then came the task of figuring what to do with that degree.

My parents, being the reasonable people that they are, wanted me to follow a “safe” career path. My interest in journalism? My curiosity about television? Well, is that really a “safe” career choice? Is it a safe choice for a kid from the Bronx, whose parents had sacrificed everything to make sure she got an education? Yeah, not so much.

In the end, it was at my mother’s suggestion I go to law school. She sort of said, “You know, you’re really good at debating, and you really like to argue the point.” So that was that. I went to Notre Dame Law School (and on a scholarship) and I loved it. A few years into my work as an attorney, though, there was a part of me that kept thinking back to those initial interests I’d written off as impractical career choices.

Then, I had an encounter that shifted my perspective. I was lucky enough to be able to take time off work to care for my newborn and it was right around the time I’d given birth to my son that I chanced upon a meeting with someone who helped me gain clarity on the cloudiness I’d been feeling about my career. There was an event hosted by the local chapter of the National Bar Association during the day and I was just really happy to get out of the house. I spoke about work-life balance and how I was trying to find that.

You really have to be yourself in this life, because no one else does it better.

Someone in the audience happened to be a producer for Court TV. Her name was Stephanie Thompson, she heard me and she said, “You should do television.” I responded with one of the canned answers I’d developed over the years, “It’s not really gonna happen for me.” The truth, though, was I had a degree in communications and journalism. It was something I’d always wanted to do. But what did I say? “I just never got the opportunity, you know the opportunity to be plucked from obscurity.” That’s when she replied, “I think you’ve been plucked.”

Here I was, trying to hide what I was truly passionate about. And someone saw right through me.

In about two week’s time, I was on Court TV with Jack Ford, who’s still a dear friend and a wonderful mentor for me. After that, I was on Nancy Grace’s show, the Bill O’Reilly show, and from there I spent a year at Fox. CNN came later and, today, I’m on The View. I’ve never turned back.

Reflecting on it all now, I wish I had been told early on to be authentic. Not only on air, but also just in my career choices. Because when I first started out in law, I always wanted to be a federal prosecutor. I wanted to practice criminal law, but initially people were saying, “Well, there’s no money in that. You should really go to a law firm.” I learned very early on, that I hate law firms! That doesn’t work for me.

When I got into television, at the time, it was all about aiming to be an anchor of a newscast. But sometimes when you’re anchoring a newscast, you’re just reading a prompter. You’re a newsreader. Still, I tried making myself fit into a box of what I thought I should be on television. It sounds so ridiculous now, but I sort of almost copied Soledad O’Brien, her delivery, and even her look. I started blowing out my hair (my naturally curly hair!). I was trying to be someone I wasn’t.

My perspective changed again when I was sent into the field to cover the trial of Trayvon Martin. When I went into the courtroom, I realized: My goodness, I’m now combining my love of the law, and my knowledge of the law with my love of the news. And I’m not just news-reading. I’m telling someone else’s story. Much like when I was in courtrooms advocating for victims, here I was telling the story of victims on television.

It made me think back to something my dad use to always say: “Follow your passion, and if you do that, you’ll never work a day in your life.” And that is so cliché, but I have found that to be so true.

I wonder, what if someone told me very early on—and I had listened—told me that viewers can smell in-authenticity. The can see it! But, if you come to it as yourself, and really interested in a story, interested in a case… well, that is more important than anything else.

One of the great things about being on The View is that we share everything. So the opportunity for us to express ourselves most is really there. For instance, when I joined the hearing for (then-nominee to the Supreme Court) Brett Kavanaugh, I said explicitly on air and online that there were many cases I tried with just the testimony of the victim. There was no rape-kit, no eyewitnesses (there typically aren’t eyewitnesses to rape). Yet those cases are winnable. And I got hundreds of messages from women, saying, “Thank you so much for saying that. Thank you so much for saying that my word … that my story mattered.” That means a lot to me.

There’s been other times where I shared my very real fear of my 6-foot tall, black son, you know, just walking out in the world, and being pulled over by a police officer. My fear of him being stopped on the street, or being accused of something, of not coming home at night after a party. Those are real fears. People think you’re a celebrity and you can protect your kids and you live in a certain type of neighborhood, so you don’t have those fears. But that’s not true, I have the same fears that I think other black mothers have.

And I shared that, when I was honest with my perspective, I got hundreds of messages saying, “Thank you for saying what I feel. Giving voice to my feelings.” And that’s one of the great things about this platform. But it only works when you’re honest.

You really have to be yourself in this life, because no one else does it better. Soledad O’Brien does Soledad really. Me? I’m the only person who can do the best version of Sunny Hostin.

So, here’s my bit of advice: More people in this world need to be their authentic self in life. It will get you far.

—As told to Theresa Avila 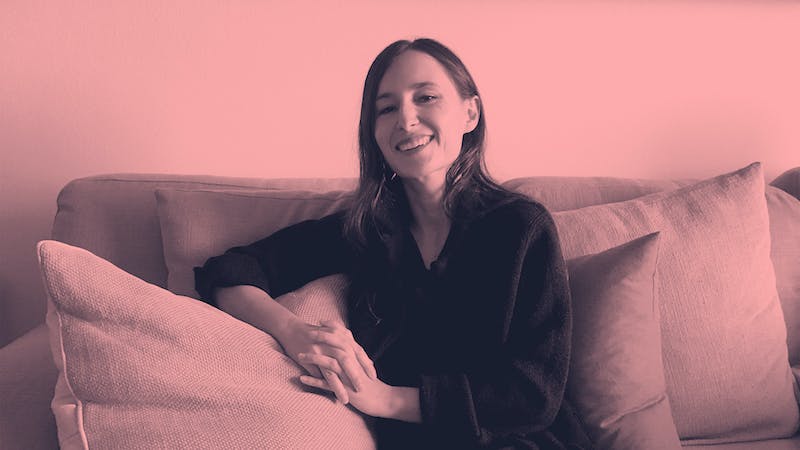 Work
Why This 31-Year-Old “Ballers” Director Wants You To Find A Champion, Not A Mentor
Chloe Domont is one of the few young female directors working in Hollywood. Here’s why she says finding the right champion made all the difference in her career.
7 min read
Read More 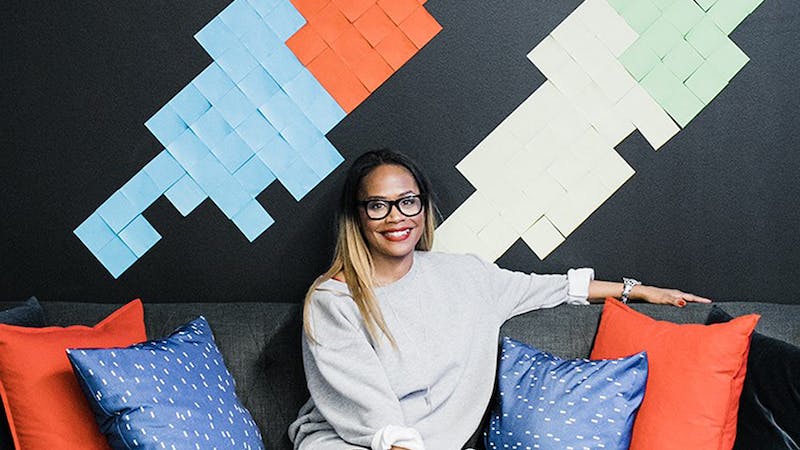 Work
Finding The Right Career For You Starts With This One Simple Question
Olivia Christian went from working in politics to helping women define their “brand story.” Here’s how she knew she was on the right path.
5 min read
Read More
Sign up for our newsletter
We'll send you updates on our latest launches and more.