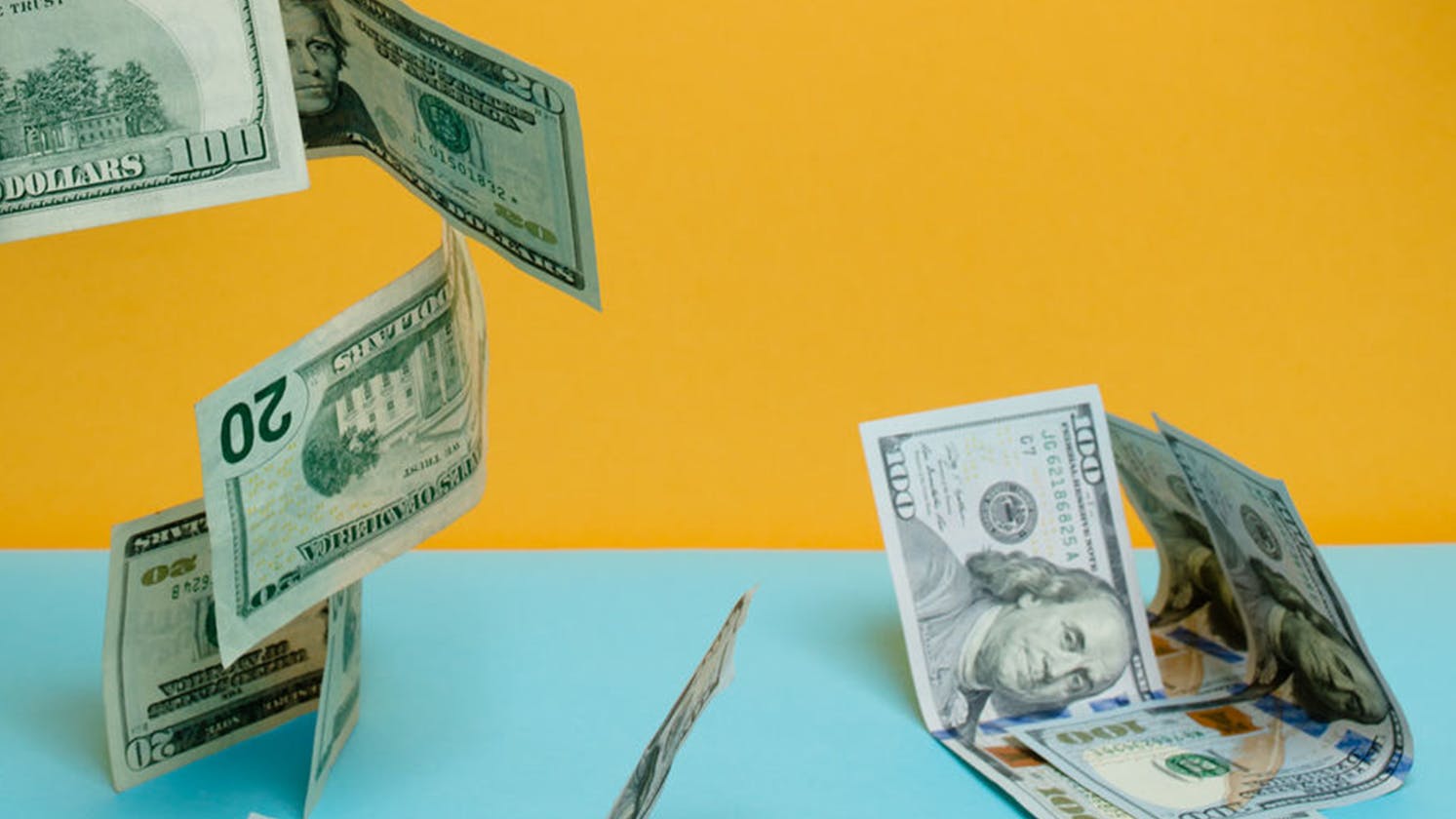 Why Do Women Hold Most Of The Nation’s Student Loan Debt?

Saddled by massive student loan debt, graduates are putting off major investments like buying a car or getting a mortgage. Their debt is also affecting family planning, as graduates with loans say they’re not ready for the financial cost that comes with having a child. The chairman of the Federal Reserve has even expressed concern that student loan debt could slow economic growth over time. But there is one detail that’s often lost within these discussions: Student loan debt disproportionately impacts women graduates. For black women and women of color, the disparity is even greater.

As of mid-2018, women hold nearly two-thirds of the outstanding student loan debt in the United States, to the tune of almost $900 billion, according to the American Association of University Women (AAUW), a non-profit organization committed to equity for women and girls. That’s because, while women outnumber men in college and are more likely to pursue a bachelor’s degree, they’re also borrowing more than men.

In 2016, women graduates with a bachelor’s held a cumulative student loan debt of $21,619, compared to men who held $18,880 in debt, according to a report from AAUW. Factor in the persistent wage gap and you have women graduates with less disposable income to devote to repayments. The result is a longer repayment period for women borrowers and higher default rates, according to the report. “The total amount, the disparity that they carry, is certainly a crippling number. It highlights is that student debt is a women’s issue and people don’t really think of it that way,” Deborah Vagins, senior vice president of public policy and research at AAUW, tells Girlboss.

But the news isn’t all bad. According to a recent study from Merrill Lynch and Age Wave, women are launching faster into financial independence than men are (despite holding more student loan debt). By age 30, men are twice as likely to rely on parents for support than women are in nearly all expense categories—from groceries and rent and mortgages to vacations and student loans.

It’s promising data, but the point remains that plenty still stands in the way of women reaching their so desired financial independence. Ahead, a look at some of the ways student loan debt affects women.

More people today are earning college degrees than in any previous generation, and it’s happening at a time when the price of attendance has more than doubled. The percentage of women earning bachelor’s degrees from American colleges and universities has grown to 57 percent. The student body has also become more diverse. The portion of non-white college students more than doubled from 16 percent to 43 percent between 1976 and 2016, according to AAUW.

The median household income, meanwhile, has stayed fairly stagnant in the same period. The purchasing power of the Pell Grant, the federal grant awarded to low-income and need-based students, has also lessened over the years. “So, you’ve got more women going to college, the Pell Grant not paying as much as it used to, and then the rising cost of college overall,” says Kristan Venegas, professor of clinical education at the USC Rossier School of Education. “It’s a mix of like trends that put millennials in a really tough situation in terms of college-going.”

There is about $1.4 trillion in outstanding student loan debt in the United States, split among 44 million borrowers. When AAUW analyzed federal government data, it found that women are more likely to take on student loan debt. In the 2015-16 school year, 41 percent of women undergraduates took on debt compared to 35 percent of women generally. And when they did take out loans, women’s were 14 percent higher than men’s.

The persistent gender pay gap makes it difficult for women graduates to repay their loans at the same rate as men. Women, regardless of whether they have a college degree, make 80 cents on the dollar compared to white men. For women of color, that disparity is even greater. The result is less disposable income for loan repayment, thereby making it more difficult to repay student loans at the same rate as men, Vagins explains.

While women graduates might earn more immediately upon graduating, the pay gap increases as the years go by and the gap becomes larger. “When you graduate, your earning potential is greater than it was, but it’s still lower than men’s overall and you have less money,” Vagins says. “On average, you’re taking more years to pay off the loans, which then compounds the amount of the interest and the total student debt you have.” It’s little surprise then that default rates are also higher for women.

Studies show that when it comes to saving for college, some outdated gender stereotypes persist. Families of only boys tend to save more for college tuition than families of only girls do, according to a new survey from T. Rowe Price, an asset-management company. The result is women are working with a smaller pool of funds for college and a greater likelihood that they’ll have to take on debt.

Out of women college students, black women graduate with the most debt; they graduate with $30,000 compared to $22,000 for white women and $19,500 for white men, Vagins says. Their pay gap is also the greatest, making the repayment process longer and costlier. “The pay gap for African-American women is 63 cents on the dollar as compared to white men and that is true if they are college graduates or not college graduates,” Vagins says.

Perhaps more troublingly, according to AAUW’s research, about 57 percent of black women graduates who were repaying their loans reported that they had been unable to meet certain expenses in the last year. “They were really struggling with the choices that they had to make with the income that they had,” Vagins says.

The impact of for-profit institutions shouldn’t be ignored

For-profit educational institutions attract higher levels of students of color and low-income students; men are less likely to attend for-profit institutions where federal funding is scarcer and the likelihood for private loans is greater. It’s important to remember that student loans are considered a form of financial aid; “They’re just not the most optimal kind of financial aid,” Venegas says.

Millennial women are significantly more stressed about their finances than men

All of this student debt for women inevitably takes a toll on the wellbeing of graduates. Of millennials, 64 percent of women reported being stressed about their finances, compared to 47 percent of their male counterparts, according to research by the online lender Laurel Road. Women also reported earning salaries that averaged $10,000 less than men. Those financial stressors are echoed in other studies. Women were also more than twice as likely to view their student loan debt as unmanageable, according to a recent study by Student Loan Hero.

While student loan debt is undeniably stressful, there are some innovative ways to address it. Read more about those here, here, and here.

This story was originally published on July 31, 2018. It has been updated (and will continue to be updated) to include new tips, advice, and guidance, to ensure we are always giving you the best, most valuable resources. 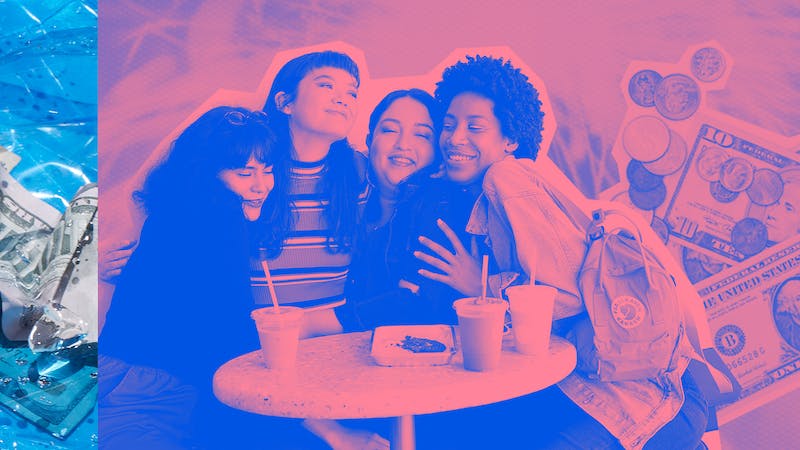 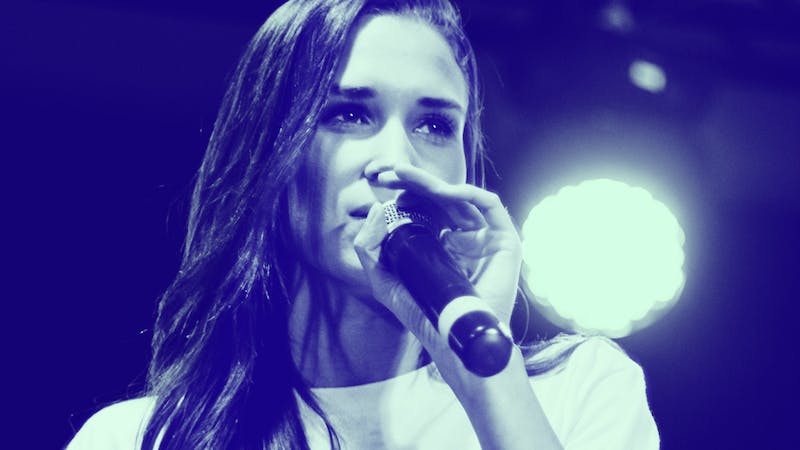 Money
A Queer Influencer’s Guide To Coming Out
“One of the first things I did was find my support community online.”
7 min read
Read More
Sign up for our newsletter
We'll send you updates on our latest launches and more.