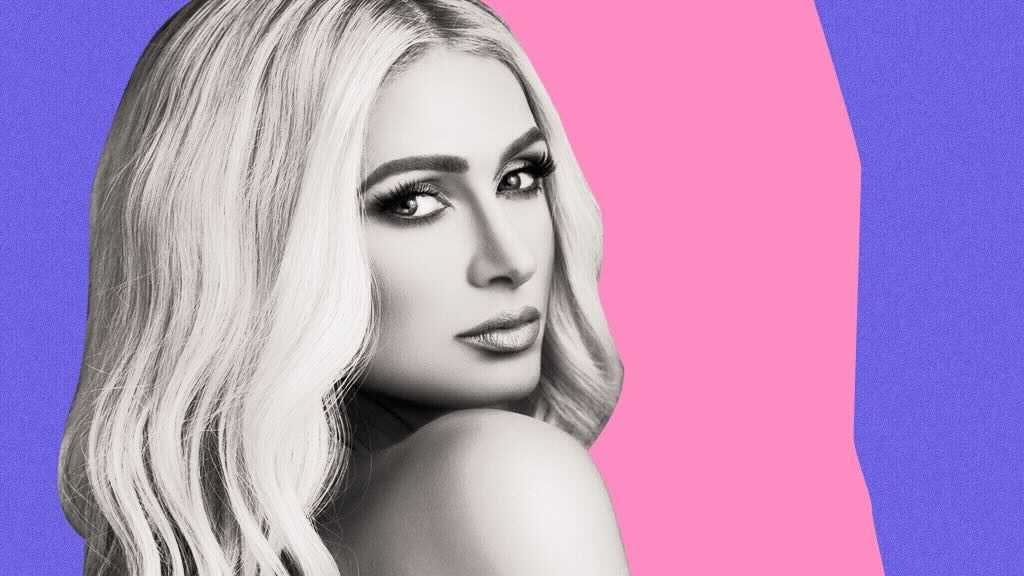 "The most important things around having a successful brand are hard work, dedication, passion, knowing what you and your brand represent, and building a fan base. And whatever you're doing, just putting your all into it." - Paris Hilton

Who is Paris Hilton?

The iconic Paris Hilton was born a brand. With 26 branded perfumes, a DJ career spanning the globe and the title of Original Influencer to her name, Paris is a true girl boss. The former reality TV star, influencer, and businesswoman recently let us into her world at the Girlboss Rally in Los Angeles in 2019. Paris spills the beans on how she deals with internet trolls, shame, and drops hints about her recently released intimate documentary–This Is Paris.

This interview has been edited for length and clarity.

On being a Girlboss

You're a New York Times bestselling author, an entrepreneur, a DJ, an influencer. You pretty much invented the meme. You're a human meme, which is the best marketing ever. We know you as an heiress and possibly the first reality star. You’ve built a massive global empire as a businesswoman, designer, recording artist, and are one of the top paid DJs in the world.

On her first taste of entrepreneurship

When was the first time you got a taste for entrepreneurship?

Paris: When I was eight years old, my sister and I lived in the Malibu colony during the summers, and we would set up a table and have this whole lemonade stand and I would make these little cute keychains and glue crystals and neon paint. And basically since I was eight, I was already just kind of having that business sense and wanting to be a business woman and a girl boss.

On being a brand

You've been quoted as saying that you've been born a brand, which I think is pretty indisputable. What does having a strong brand mean to you?

Paris: The most important things around having a successful brand are hard work, dedication, passion, knowing what you and your brand represent, and building a fan base. And whatever you're doing, just putting your all into it. And that's how I am every single day.

What would you say that your brand represents?

A week in Paris’ life

What is the variety of things that you do over the course of a week?

Paris: There is never a typical work week; I could be in Dubai and then three days later, in Shanghai. I have a lot of responsibilities and appearances, as well as meetings. I love to really make the most out of my time when I travel; if you’re going to fly 20 hours somewhere, you might as well make as much as possible happen.

On being paid to party

When we see you’re doing it's like, "Oh wow. Paris Hilton's having a blast." But Paris Hilton's working. Once something becomes your job, it's really hard to enjoy it. I can relate to that. Do you feel that way about going out?

Paris: My parents had been very strict. I was a teenager when we moved to New York City. Suddenly, I was being invited to every party, every club. It was very exciting back then. But I actually parlayed it into a lucrative business and invented getting paid to party.

On becoming a DJ

Paris: In Las Vegas when I was 20, I opened the Palms Hotel, that was the first celebrity appearance. And then everybody started doing them. That's when I realized, about 10 years ago, that it was all about the DJ. And I started training to become one.

How did you train to become a DJ?

Paris: I hired the best people in the business and basically trained for six hours a day for six months straight. I learned everything there is to know about it because it's very technical, especially the system that I work on. But I'm a tech geek so it was a lot of fun.

On “This is Paris”

Tell us about the documentary you’re filming right now.

Paris: We're making a film based on my life; addressing things I’ve never discussed before [..] It definitely has brought up so many just memories; a lot of amazing memories, but some bad ones too. It's been a process that helps me grow. I've never been happier, I feel so grateful and lucky.

On social media and dealing with the trolls

How does social media play into your daily life and work? Do you spend a lot of time there?

Paris: I love it. It’s addictive. I spend a lot of time on it answering my fans; I consider them to be my little brothers and sisters. They call themselves My Little Hiltons. My fans mean everything to me. It's incredible to have this platform where we could reach out to each other and be friends.

Do you feel like social media's healthy? What do you feel is the dark side of that experience?

Paris: Just like anything it has pros and cons. The unhealthy part is the bullying and people hiding behind a computer trying to hurt people's feelings. So it's unhealthy, but it's also healthy if you can build a brand out of it.

How do you deal with the trolls?

Paris: Well, I'm human so obviously my feelings get hurt. But I've been in this industry for a very long time. I've had some mean, untrue and vicious things said about me. I've built a tough skin and don't pay attention to them. If someone's rude, they get blocked, their comment gets erased. At the end of the day, if they have that much time on their hands, I feel bad for them. I'm living my best life.

On recovering from controversies

When your sex tape leaked, you said that you didn't leave your house for months. You felt like you'd been raped because, without your consent, the world had seen you naked. How did you bounce back from that?

Paris: That was one of the most painful and horrible experiences I've ever been through; to know that the whole world is watching it and laughing at you. It almost seemed like the media tried to make me the villain and make me feel ashamed when it wasn't my fault. I trusted someone. I didn't leave my house for months and spoke only to my family. And then I said,

You've been quoted by Vice as saying that you're like a businessman when you run your business, which some of those feel like we have to be, unfortunately. How does Paris Hilton run a meeting?

Paris: Like a boss. I'm a completely different person. People see me in all different ways, but when I walk into a boardroom, I take control of that room. We're all business people. It shouldn't matter if you're a man or a woman. Although, women are taking over the world. Without us, there is no world.

On the real Paris

What do you think the media misses out on when they talk about you?

Paris: I think they miss out on a lot. I think a lot of people first got to know me from The Simple Life; they assumed that I'm this ditzy blonde character. I think if people knew me they would see I'm very sensitive, I'm shy. I have a huge heart, and I work my ass off.

Check out Paris's groundbreaking documentary, This is Paris, on YouTube where she shares some shocking revelations and helps survivors everywhere break their silence.

Don't forget to share your love for the Girlboss Radio podcast by leaving a rating or review on Apple, Spotify, or wherever you get your podcasts. 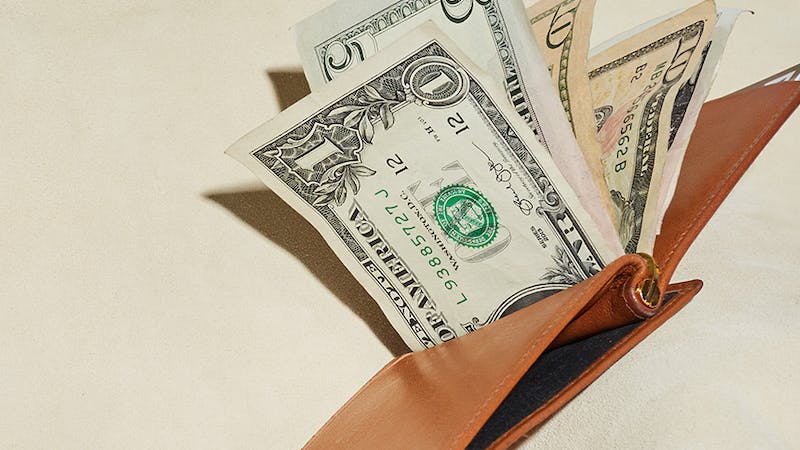 Work
Negotiation Has Never Been More Important—Here’s How To Do It Right
We spoke to a top UN negotiator to better understand the art of getting what you want, in both your personal and professional life. Read on for her best negotiation tips and strategies you’ll want to master—ASAP.
7 min read
Read More 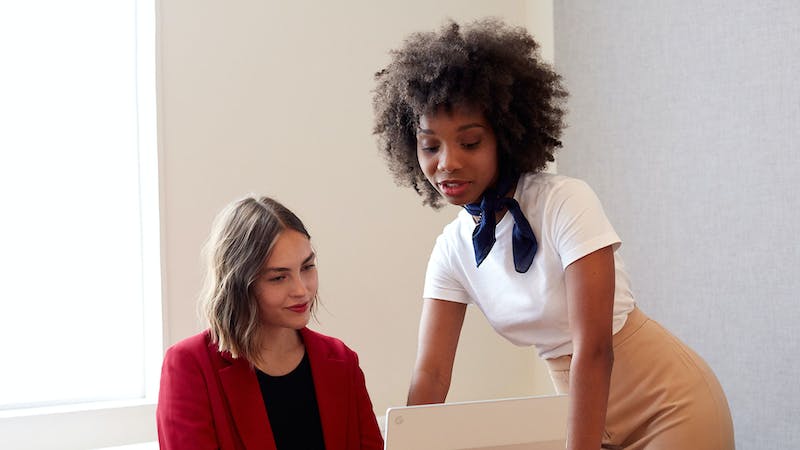 Work
6 Websites Where You Can Master New Skills In The Space Of One School Year
You don’t have to be a full-time student to pick up a new skill, ya know.
4 min read
Read More
Sign up for our newsletter
We'll send you updates on our latest launches and more.