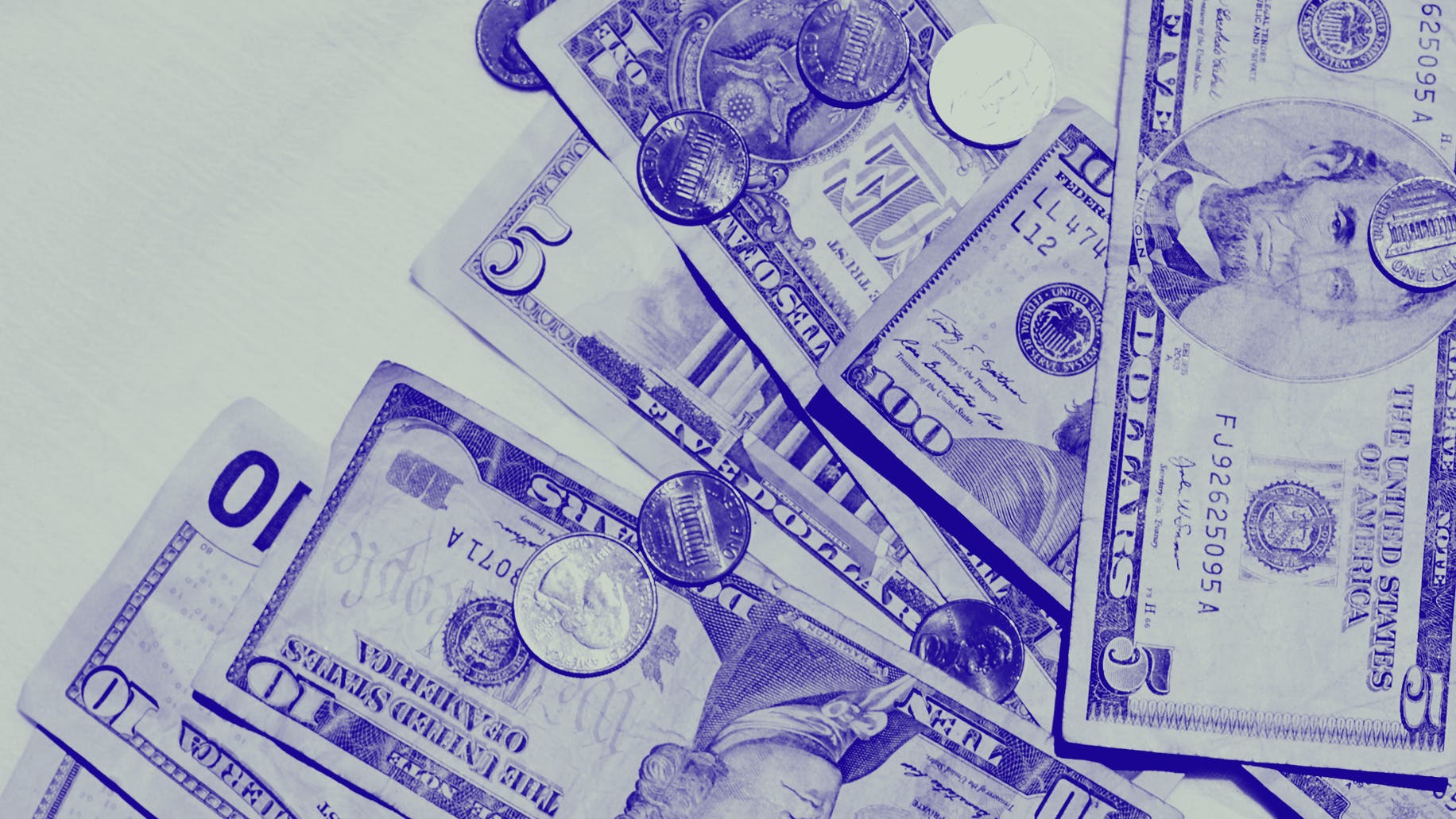 Why, yes. It did. Today is Latina Equal Pay Day, though.

Wait—’Haven’t we already had a few of these Equal Pay Days on the calendar this year?‘

Why, yes. We have. Today marks the fifth, and last Equal Pay Day of the year.

Wait—’Doesn’t this just feel like Groundhog Day, all over again?‘

If it does, I don’t blame you.

The first of November marks Latina Equal Pay Day, the symbolic day representing just how far into the new year Latinas must work to earn what a white man earned the previous year. Yes, you’re eyeing the calendar correctly. That’s almost a full year of more work Latinas must do to earn what white men earn in one year.

In other words: For every dollar a typical, white, non-Hispanic man earned in 2017, Latinas earned just $.54 cents. Eva Longoria perhaps best summed up the situation in her Op-Ed in Forbes last year. That $.54 cents for every dollar figure? “That’s like ripping a dollar bill in half—or like working an entire week, but only getting paid through Wednesday afternoon,” Longoria wrote. (And while we can dream about a world where that means we leave work early, let’s face it: not gonna happen.)

It’s a figure that’s easy to forget, given how often we typically speak of the pay gap in aggregate terms. Back in April, for instance, when the second, but largest observance of Equal Pay Day occurred, you probably heard the following: For every dollar paid to men, women earn just $.80 cents. This is true, but again, that number takes the average of all women. When you parse out the numbers and approach the situation with an intersectional lens, you notice how the situation is mostly worse for women of color.

For starters, the pay gap between white, non-Hispanic women and white, non-Hispanic men is slightly worse than the average ($.79 cents). The gap is worse between mothers and fathers ($.71 cents). For black women, the pay gap is worser still ($.63 cents). And for Native women, it dips below $.60 cents ($.57 cents). Only Asian women come somewhat close to what white men earn ($.87 cents), but that’s hardly worth celebrating. After all, what we all want is equal pay.

So, of the major demographic groups in the US, why is it that Latinas come in last in regards to the pay gap? There are likely a lot of reasons for this, not all of which are clear. On one hand, we can point to Latinas working in typically lower-earning jobs and industries.

“There’s an added pressure placed on Latinas. Not only do they face the steepest wage gap, Latinas are also more likely to be the breadwinners for their families.”

Prior data from the American Association of University Women (AAUW) shows that Latinas make up about a third of the U.S. service industry where employees are typically paid low hourly wages. “Hispanic women and men also account for nearly 15 percent of sales and office occupations and 37 percent of building and grounds cleaning and maintenance occupations, all of which are low-paying jobs,” Renee Davidson writes for AAUW. Still, we can’t blame it solely on occupational choices. While education helps increase a woman’s earning potential, it doesn’t close the pay gap for Latinas. They’re still paid less than their white and Asian counterparts even when they have the same education level.

Closing the pay gap, for Latinas and all women, is a problem that needs addressing on an institutional level—and it’s likely that the issue won’t be solved any time soon. But, there are some big and small ways we can all help in our daily lives. On this Latina Equal Pay Day, let’s focus on what each of us can do to bring about pay equity.

Here’s how you can help

This is perhaps the simplest of tasks to do. “Raising awareness,” can seem like a nebulous concept, but on this day, why not commit to sharing information online and in your community? Ask your circle of friends, family, coworkers, neighbors, classmates, etc. about their thoughts on the pay gap.

Do they know what the pay gap is? Do they understand how it impacts women, women of color, gender minorities, and the disabled? Are there any myths you can help bust? Get the conversation started.

You can find more information about Latina Equal Pay Day here and participate in a social media storm on Nov. 1 between 2-3 p.m. EST with the hashtags #LatinaEqualPay and #Trabajadoras.

Ask how they’re helping address the problem. Let them know it’s an issue you care about and that you’d like to know what they’re doing to help remedy the situation. Ask them to support federal efforts and to issue a proclamation to observe Equal Pay Day. For background information, you can also look up information about the gender pay gap in your state and congressional district.

If you’re in a managerial role or in a position where you get to hire and set someone’s salary, make an effort to ensure pay equity at your company and business. Organize an unconscious bias training workshop at your company. You’ll help combat potential discrimination and bias while opening the door for more women to gain employment in higher-earning fields.

Maybe you’re not able to directly impact how much other women earn. But, you can do your part to share information about your own salary history with others. Compile an anonymous salary spreadsheet for your company. Share it with other women and encourage them to share it with others in turn. Get other men to input their data as well. Remember, knowing the market rate and compensation for a job can help employees better advocate for their own fair wages.

Ask for a salary audit at your company

Admittedly, this might be a tricky one, but if done successfully, it can open the doors to greater transparency and accountability. Inquire about pay equity certification and whether that’s a possibility at your company. Begin your talks by asking someone you trust at the company. Do a little digging and see how receptive they are.

As a low-level lift, you can print out flyers and share them with your HR personnel to show how it’s an important issue for you. There are some more tips on how to approach the conversation here, from Same Works, a company that offers third-party pay audits.

Negotiate your next salary

On a personal level, remember that you have the opportunity to negotiate your pay. And always, always, always ask for more. We’ve rounded up a few of our best tips on how to do exactly that over here, here and here. 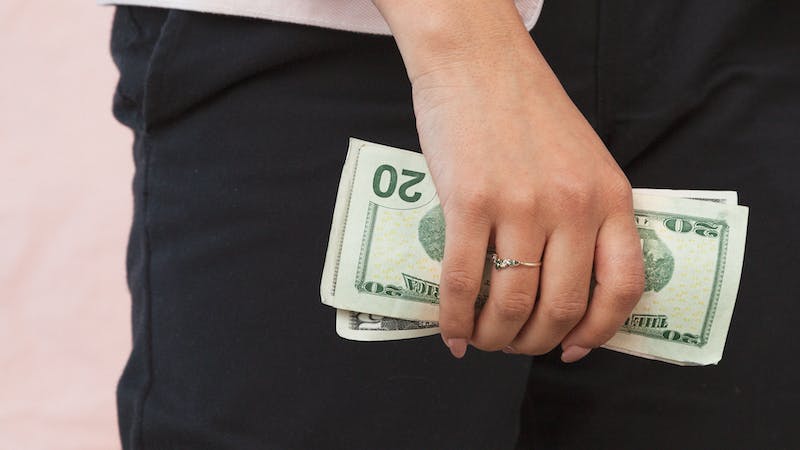 Money
6 Steps For Negotiating The Salary You Really Deserve
Most of us are leaving money on the table, but you can change that easily.
6 min read
Read More 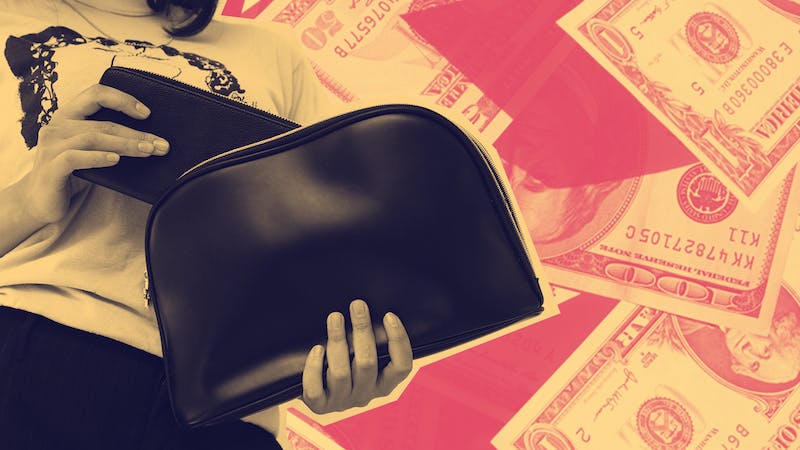 Money
4 Ways To Create Financial Security Without Salary Certainty
To survive and thrive in the midst of this volatility, the adage “expect the unexpected” is a mandate. After all, the rent is still due.
2 min read
Read More
Sign up for our newsletter
We'll send you updates on our latest launches and more.