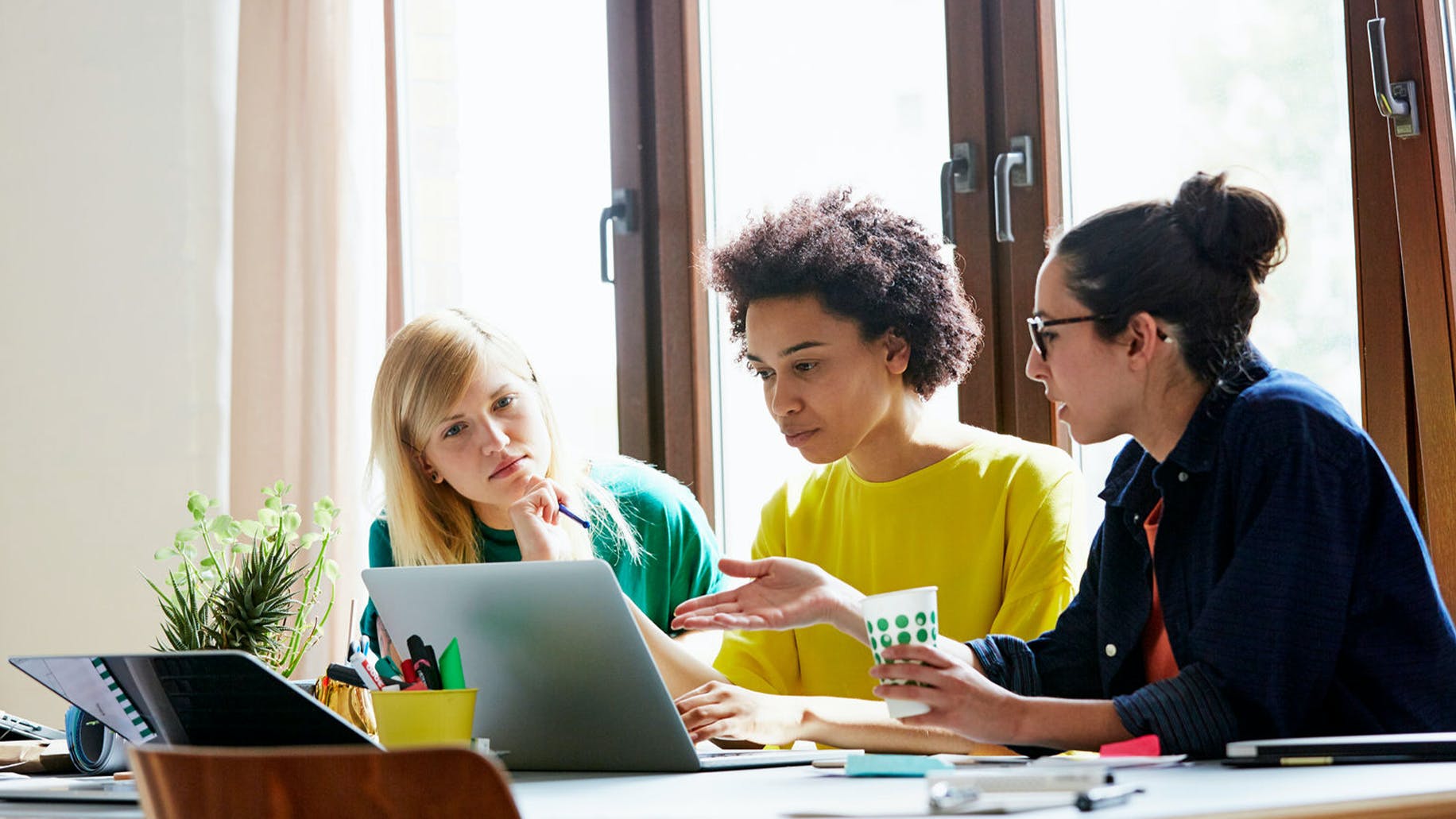 The 411 On Unions: What They Are, How To Unionize, And Why Being An Ally Is Important

If you’re a creative, freelancer, or member of an industry in which unions haven’t always had a strong presence, your knowledge might be limited.

I come from a union family. I am the granddaughter of a member of the Steelworkers Union. My parents were both Newspaper Guild members. But as an adult, I’ve probably spent as much energy thinking about unions as I have about what number of allowances to add to my W-2—which is to say, not enough.

But then came the past few years. Gawker. Buzzfeed. The LA Teachers’ Strike. AT&T. Vox Media. Kickstarter. I read, liked, and followed along with these stories, but still, if someone asked me to define “unionizing,” I’d do about as well as Winona Ryder fared with the word “irony” in Reality Bites.

Jane McAlevey does not share that struggle, which is why she’s my first call. McAlevey is a Senior Policy Fellow at the University of California, Berkeley’s Labor Center, a union organizer and negotiator, an author of multiple books on labor relations, and The Nation’s strikes correspondent. (I’d call that cred.)

When we connect, she has just turned in a draft of her forthcoming book, A Collective Bargain: Unions, Organizing, and the Fight for Democracy, and has no qualms telling me that it’s on the same topic I’m trying to cover—but 85,000 words longer. Unlike her previous work, this book is for people who aren’t very familiar with unions, millennials, and—to steal a McAleveyism—“union skeptics.”

I figure that asking her to define unionizing is as good a place to start as any: “It’s just a group of people who work for the same employer,” she says, “Getting together and saying ‘It’s time to stand up for ourselves—to challenge and push back against abusive behavior’.”

What Unions Are And How They Work: A Quick Explainer

McAlevey’s definition holds, but admittedly, the way unions work gets more complicated than that.

A labor union, or trade union (the more traditional term), is an organization of workers that harnesses its collective power to negotiate workers’ rights on the job. That may include working hours, wages, or working conditions. Most often, unions are limited to specific industries—such as the teacher’s unions you likely heard about during last year’s strikes, the auto industry, or the film industry in Los Angeles.

As for how it works: To join a union, you agree to pay dues—more or less a membership fee. This is how unions are funded and maintained. Dues pay leadership salaries, legal fees for negotiations, and go into the union’s strike fund, which supports union members during striking periods (Teen Vogue has a great explainer on how striking works here). Unions also provide support to members during layoffs or on disability. Dues vary from union to union but are typically based on a percentage of your income or a fixed rate.

How To Start A Union At Your Work

1. Research and reach out to local labor unions.

McAlevey recommends that you start by forming a study group with your coworkers. “People should start reading anything that helps them understand unions,” says McAlevey. (She tells me that her first book No Shortcuts winds up on these types of reading lists regularly). “You need to understand the difference—and I think this matters—between a good union and a bad union. There’s a hell of a lot of difference between a really good union and a do-nothing union.”

Do your research on local unions that you feel align with your values, and once you do, reach out to them. “There are people working every day to organize people,” says Dr. Carmen Rojas, the co-founder and CEO ofThe Workers Lab, a group that invests in projects to help improve the experiences of low-wage workers.“Local unions have such a huge appetite to work with different types of workers, but also to expand the reach of labor and collective bargaining.”

To get things started, McAlevey recommends asking if you can speak directly to a few of their union members and asking your union contact the following questions:

Share as much information as possible with other coworkers. Clarissa Redwine was fired last month from her job at Kickstarter. Kickstarter management cited performance issues, but she is also an active member of Kickstarter United, the unrecognized staff union that emerged after a dispute between staffers and leadership in 2018.When I ask Redwine if she made any missteps in the early days of Kickstarter United, she doesn’t hesitate. “I would be more open about my own concerns,” she says. “As soon as I started sharing my own struggles, I learned so much more about what other people were facing at the company.”

3. Get your community involved.

I ask Dr. Carmen Rojas what she thinks sets successful unionization attempts apart, and she points me to the teachers’ strikes in Arizona last year. “Arizona has not been a union-friendly state historically,” she says, “But they made the case that it wasn’t just about improving the lives of workers but also about improving the wellbeing of their broader community. Expanding who is seen as your partner in this move to have a greater voice in your workplace creates a more lasting effect, and it’s harder to dismiss.”

4. Talk to everyone—especially those who don’t agree with you.

“[During the process of unionizing] I was on constant phone calls with people who shared my viewpoints and who disagreed with them,” says Redwine. “Often the ones who I would have expected would disagree with me wound up saying, ‘No, you need to go forward with this.’ Have conversations with people you wouldn’t necessarily think would agree with you or reinforce your views. It’s your best insight.”

How To Support Unions As An Ally

If you’ve been following the union-related news and wondering how to support those efforts from the outside, the process is pretty straightforward: Speak up.

McAlevey suggests that you call every one of your elected representatives, from your state senator to the mayor’s office to your city council member. “If they say, ‘Oh, we have nothing to do with that, ma’am.’? Bullshit. Every politician in this country can put more pressure on an employer than the average worker right now, just given the power imbalance. Every corporation and business in this country relies on taxpayer money for something.”

Often, unionization efforts lose steam because another news story overshadows them. You can offset this by using your voice (and social accounts) to keep the efforts in the spotlight.

“Amplify the voices that you feel need support or could actually make an impact if they just had a soapbox. That’s the best thing you can do,” says Redwine. “Lend your influence by amplifying a voice that is doing something important.” 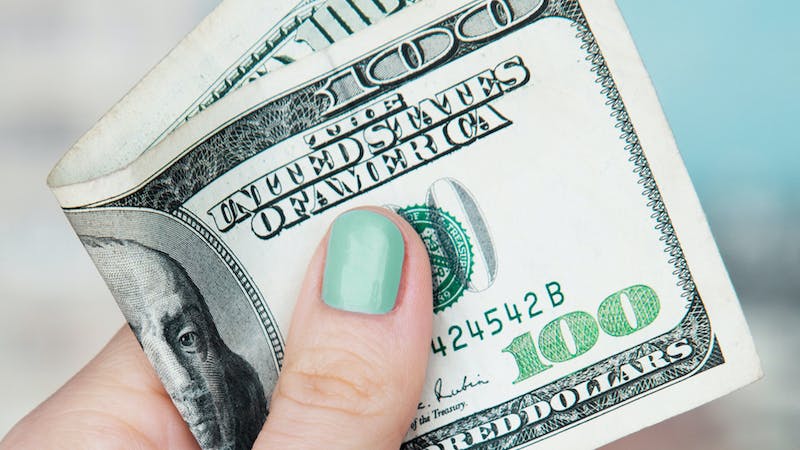 Work
What Is ‘Lifestyle Creep’ And Is It Affecting Your Life (And Finances)?
As financial advisor Kristin O’Keeffe Merrick’s career progressed and her paychecks increased, so did her spending. As someone who has experienced it, she unpacks the meaning of ‘lifestyle creep’ and explains how to avoid spending outside your means, while still increasing your quality of life.
7 min read
Read More 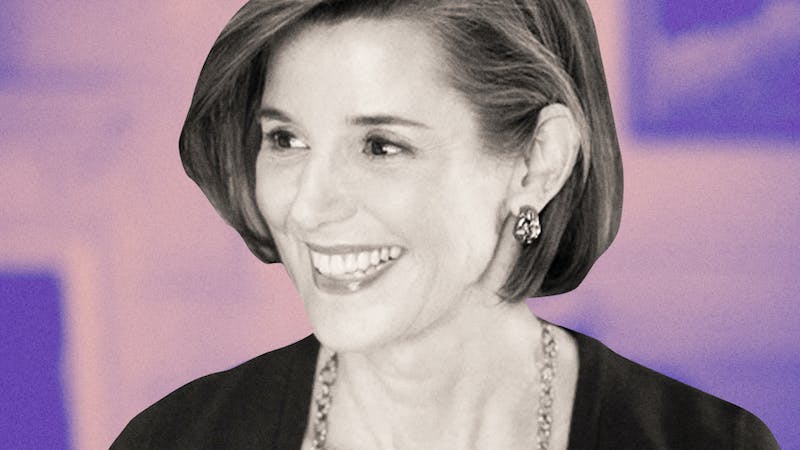 Work
The 4 Most Common Financial Mistakes Millionaires Make (That We Can All Learn From)
Ellevest founder Sallie Krawcheck shares some of her personal money missteps and how you can avoid making the same mistakes.
4 min read
Read More
Sign up for our newsletter
We'll send you updates on our latest launches and more.