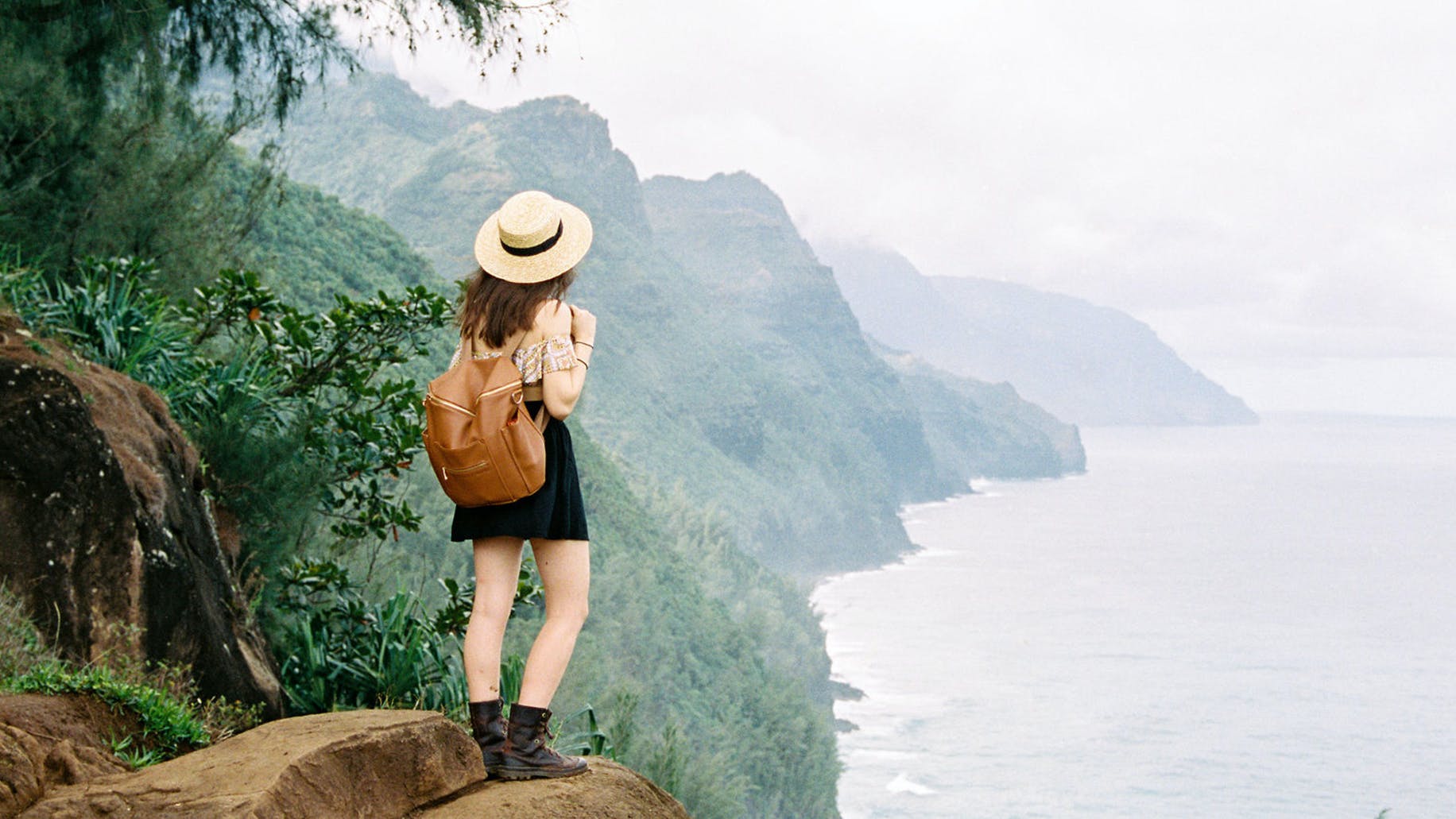 Why Taking Risks Is The Key To Getting What You Want

If you’re reading this story because you consider yourself risk averse, we have news for you: you are far from unique. Thanks to a concept called “loss aversion,” we, as human beings, are more inclined to avoid losing something than we are to gamble on gaining something. It’s just how we’re wired.

But far be that from your destiny. When you understand and act based on the science of risk, you can open yourself up to making changes as soon as today. Whether it be telling a friend how her behavior makes you feel, starting in an extreme sport, or taking the leap from your full-time gig to the freelance life, the strategies are the same. Now, one step at a time.

Yes, we are loss-averse, but each of us is, consciously or unconsciously, taking risks on the regular according to Riskology founder Tyler Tervooren. “Risk is unavoidable in all parts of life,” he says. “Even when you’re not doing anything, you are exercising what we call an opportunity cost. Every moment of your life, you’re doing one thing and not doing another thing. The decisions you make that lead you down those paths are the risks you choose to take. Let’s say you’re debating whether to start your own business but decide not to take the leap. You may not be taking the risk of entrepreneurship, but you are risking missing out on the possible success of your business by staying at your job and sticking with the status quo.”

2. Dig deep within yourself

What is important to you? What are your core values? Who are you as a person? Yes, those are loaded questions, but they’re worth exploring. “If you spend 15 minutes trying to engage with these questions, you’ll be further ahead than most people,” says Tervooren. Use the answers to guide you toward more self-questioning. What is something you want to achieve but suspect that you are avoiding taking the necessary steps to make it happen? This will inform your next risk.

Then, try to figure out what exactly is holding you back. “What are the emotions and circumstances that exist in your life that you feel like are preventing you from doing what you want to do?” says Tervooren. “This helps you to get a lay of the land so far as where you are right now compared to where you want to go and what the obstacles are.”

3. Become your most rational self

Some of us are optimists, some of us are pessimists, but few of us are realists when it comes to situations that require putting ourselves on the line. “If you go through with something, you’re not likely to see the best possible result or worst possible result but probably something on that spectrum,” says Tervooren. “You need to know what the realistic things that can happen are in order to weigh those against each other and see what is actually a good choice for you.”

Clinical psychologist Marni Amsellem, Ph.D agrees. “If we’re not checking in with ourselves rationally, we’re prone to making decisions based on emotion primarily,” she says. She suggests making a pros and cons list, acknowledging and validating your feelings, and either visualizing or rehearsing how a risk might play out. If you’ve received a job offer in a new city, visualize yourself in that locale and see how it feels to reframe anxieties as opportunities. If you’re considering tackling an interpersonal issue, role-play with a neutral friend. “You might find by going through the motions whether it’s aloud or in your mind that it’s really not as scary as you had anticipated it would be,” Amsellem adds.

If you’ve given yourself the go-ahead but don’t quite know what action to begin with, ask yourself what small things you can start doing today to move toward taking the risk and reaching goal. “If you can’t do it within the next 30 minutes, you’ve got something that’s still too big and too far away,” says Tervooren. “Keep doing a halving process until you arrive at something you can do right now.” Following through on the big risk comes from doing these smaller things on a daily basis. Planning to start working as a freelance writer? Instead of giving your two weeks notice, commit to reaching out to one potential client a day, writing 500 words daily to improve your craft, and/or requesting informational interviews with others who’ve walked a similar path.

Not to bring math into it after we already mentioned science, but… “Expected value is a calculation that says, if I take this action over and over again, what do I expect the end value of taking these actions to be?” explains Tervooren. In this way, each action earns a positive or negative expected value (EV). “As long as there will be more positive experiences than negative experiences, you’ve achieved what is called positive expected value and that is a good, smart risk and something that you should consider undertaking,” he adds.

To return to the example of freelance writing, writing 500 words a day is a risk. You could miss out on doing something else during that hour, or you could find it’s tougher than you thought to strike the keyboard. Contacting potential clients means risking repeated rejection. The question is, which risk gets your closer to your desired positive outcome—in this case, earning money—and thus has a higher positive expected value? It’s likely client outreach, so go ahead and gamble a wounded ego. Then, rinse and repeat.

To be smart and rational is to take time to reflect on your successes as much as your failures. “Every time you do push yourself out of your comfort zone a little bit, you are growing and learning from that experience, so that the next time a situation comes about that would require some kind of risk-taking, you will know that you’re able to do it because you’ve done it before,” says Amsellem. “You will have that evidence to fall back on.” 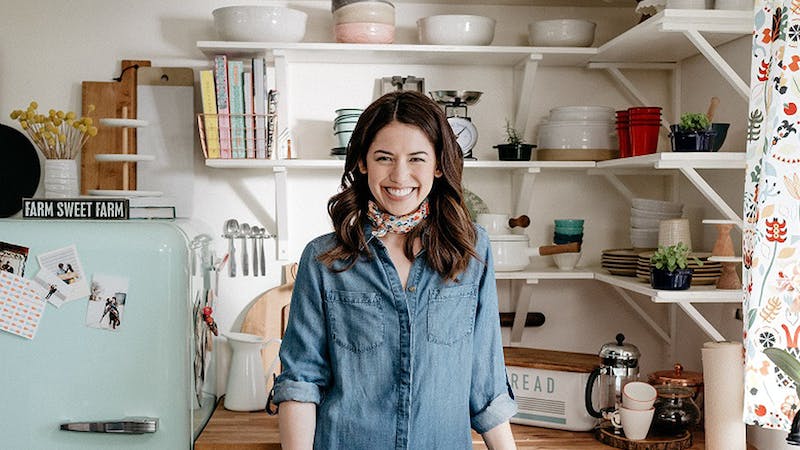 Life
How To Make a Big, Giant Life Change (Or 3), A Guide For The Not-So-Reckless
I left left my job at Juilliard, left NYC for life on a farm, and got my own TV show—in the space of 10 years.
9 min read
Read More 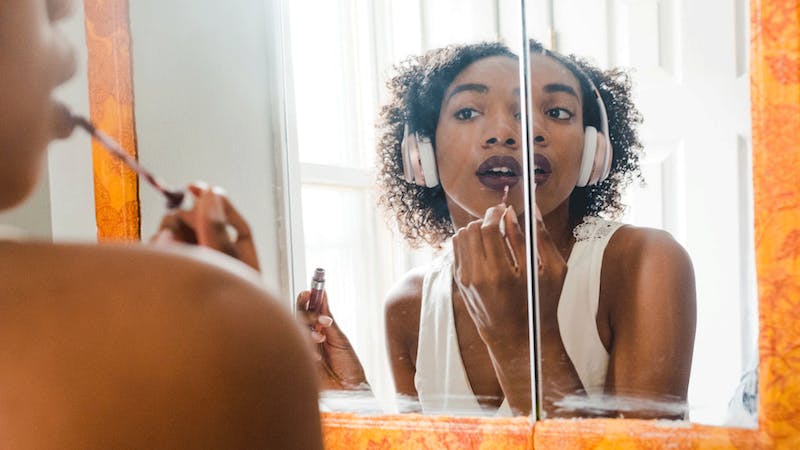 Life
6 Podcasts That Will Inspire Your Greatness (At Work And In Life)
If you’re looking for a new playlist to download, we’ve got you covered.
3 min read
Read More
Sign up for our newsletter
We'll send you updates on our latest launches and more.