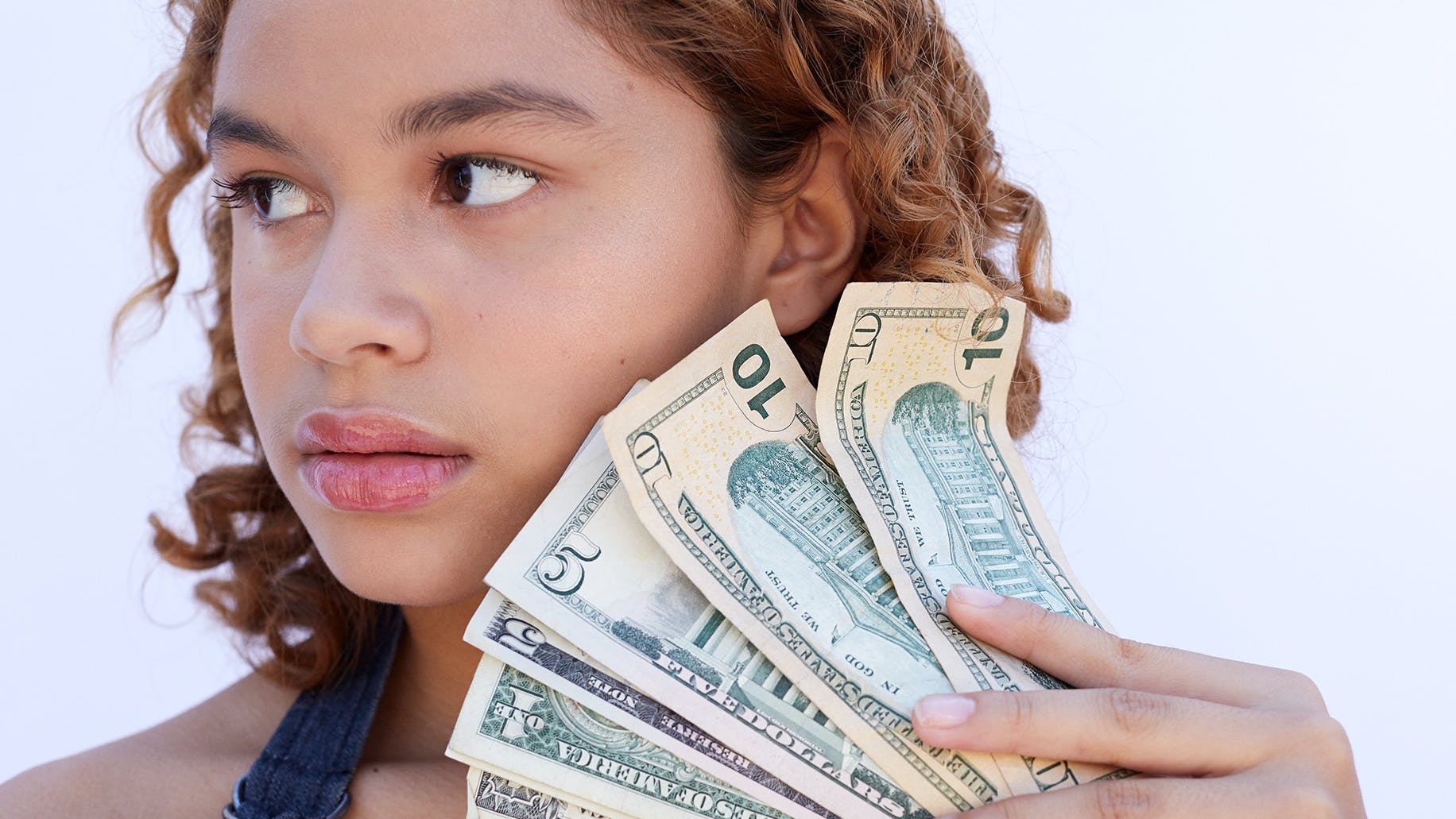 A quick Google search on “How To Save” will likely leave you drowning in a sea of conflicting advice that can feel arbitrary, and completely divorced from reality. Do you actually have to have a year’s worth of your salary saved by age 30? Do you have to have double that amount by age 35?

What if you have nothing in the bank? What if you have some debt to your name? What if financial literacy isn’t something you were taught as an obvious part of childhood? It’s OK. You’re not alone. In fact, 67% of millennials have less than $1,000 in their savings account, and 46% of us have a balance of $0 sitting in a savings account.

That doesn’t mean you should carry shame or guilt about your finances. It doesn’t even have to mean you’ll always be behind, when it comes to saving for the future (or an emergency that could come up in the not-so-distance future). It means we need to have an honest conversation about money, and look at saving from a more realistic place.

And here’s the wild thing: You don’t necessarily even have to earn more in order to save more. Surprisingly, earning more money doesn’t necessarily equate to saving more.

Money expert and Stash Wealth founder, Priya Malani, says that often people who earn higher salaries get caught up in the hamster wheel of keeping up and spending more, and neglect to save. “Basically, this is what happens when your lifestyle keeps increasing as your income increases. So, even though your salary increases, you can never find anything to save because you continue to live paycheck to paycheck. It’s really easy to become a victim of lifestyle creep.”

Oof. So, if it’s not necessarily about making more (although, that doesn’t hurt, either), then what’s the secret? At its most basic, it’s about spending less than you make—no matter what. And that can look very different for different people in different circumstances.

Ahead, three women who are working towards an achievable milestone of saving $1,000 explain exactly how they are doing it. They share their saving experiences while living on salaries of $28,000, $47,000 and $73,000. And we’re not about to tell you that if these women can do it, so can you. But, we can all learn something to apply to our own savings plan from these honest money assessments.

The Dental Assistant Making $28,000 And Rethinking Her Rent

Financial educator and founder of Clever Girl Finance, Bola Sokunbi, suggests looking at your rent before anything else. “Be mindful of housing costs because usually that’s the biggest percentage that comes out of your check, so try to keep your rent costs below 35% of your monthly salary.” This isn’t possible in every housing market, but even in the most expensive cities (looking at you New York City and San Francisco), there are some levers you can pull. Considering a roommate, relocating to an area that’s not as popular (but still safe), and downsizing your space— all options when it comes to renting within your means.

Angie, a 28-year-old, dental assistant living in Milwaukee, WI makes $28,000 a year, and lives in a vibrant neighborhood known for its vintage shopping and trendy bars and cafes. Rent consumes most of her paycheck. “The biggest adjustment I have now is living by myself,” she says. “I live by myself for the first time and I didn’t realize how expensive it is when you’re not splitting everything each month. I never paid more than $350 or $400 a month in rent so it’s definitely different because that extra money doesn’t go to savings anymore.” On Angie’s salary, experts suggest she should be able to save $1,000 in somewhere between three months and a year. On the conservative side, that means putting away $84 (we’re rounding up) every month.

“If I want to save I would sacrifice doing things with my friends,” she says. To save $84 out of that, she’d need to cut back on nights out at the trendy spots in her neighborhood but, after a year of that, she’d have $1,000 put aside for more travel and vacations. And, if it started collecting compound interest today—and she contributed another $1,000 every year for the next 30 years – Angie would have a little over $108,000 put away in savings. Which sounds pretty worth it (to us and to Angie). “I think you just make sacrifices if you want something,” she says.

Sacrificing for saving isn’t a revolutionary idea but it’s worth reimagining your values to determine what’s worth your saving efforts and reduce those feelings of FOMO. “When you’re making an annual salary that’s something like $25,000 there’s an idea that you aren’t making enough money to save yet, and you become paralyzed and don’t save anything. Just start and you naturally get this confidence to see it’s not that hard if you start with small increments,” says Jennifer Barret, Editor-In-Chief of Grow Magazine, “Think in small changes like, maybe I’ll eat in tonight, maybe I’ll buy something on sale at the grocery store… it starts to shift your mindset knowing that you’re able even if it’s small.”

Small changes for Angie means a few nights in, or picking up some extra hours with her side hustle as a nanny. Whichever her method of choice, reaching her $1,000 goal is completely in reach.

The Recently Relocated Grad Making $47,000 And Working in The Non-profit Sector

Tiffany, a 24-year-old non-profit coordinator living in Omaha, Nebraska explains her motivation for saving as wanting to have a sense of security. Her primary focus is building a safety net for any unexpected expenses. According to Sokunbi, Tiffany has the right idea in making a rainy day fund a top priority. “$1,000 is a good baseline but you should really have three to six months of basic living expenses,” Sokunbi of Clever Girl Finance says.

Having an emergency fund goes beyond maintaining a peace of mind. Avoiding credit card fees and interest is another added bonus to planning ahead for any unforeseen expenses. “It recently saved me during a sudden $1,600 car repair,” says Tiffany, who continues to work towards financial security while paying off student loans.

Her annual salary of $45,000 would allow her to save $1,000 in two to four months but that means being serious about saving. “I know exactly where the leaks in my budget are. Going out to eat and eating out at lunch too many times is what gets me the most.”

After identifying her money-saving weaknesses, Tiffany decided to limit eating out to two to three times a week and she has been meal prepping to keep her budget on track. A side hustle cleaning a house for an elderly couple also brings in an additional $200 that goes straight into her savings account each month. With these changes she is well on her way to pocketing a grand for her rainy day fund.

Earning more than $70,000 annually as an artist is no easy feat, but, when we first caught up with 29-year-old creative Laci, she was doing just that—and saving up so she could work as a freelance artist full-time. “When I first got to LA I had an amazing boss, she was a woman, and she gave me an hourly rate of $35. It was interesting because if she didn’t give me that number I wouldn’t have known how to price myself when freelancing.”

After a few months, she’s reached her goal of working for herself. Laci says, “I feel more freedom with money now than ever.” Being a freelance creative for only a few months, Laci is on track to maintain her corporate income, but it doesn’t come without sacrifice. “I’m definitely overall more conscious about spending and saving since my pay schedule is a lot different.”

Saving $1,000 on a salary of $73,000 would take Laci about one to two months but how she saves is important too. “When you’re putting your money into a savings account, it’s like an employee who goes to work for eight hours but spends seven hours in the break room; zero productivity!” Sokunbi suggests looking for ways to make your money work for you.

These include choosing an online bank to take advantage of a high-yield savings account , using investment apps like Acorns or Digit, and putting your savings on cruise control with automation tools.

Consider a retirement account is another way to save smarter too. Laci is still adjusting to her freelancer lifestyle so, she’s not currently contributing to a retirement fund, but it’s something she plans to implement soon.

By utilizing your company’s 401(k) or setting up an individual Roth IRA, saving for retirement is an important overall investment. If these combinations of random letters and numbers seem scary, don’t be alarmed. The main thing to know is that they offer a chance to earn “free” money. “By starting early, you give your money more time to grow and the more time you give it to grow, the more you’ll have in the end,” says Malani. This is known as compounding and the earlier you get started the better. “Every dollar saved in your mid-20s grows to about $16 in retirement, whereas every dollar saved in your mid-30s grows to about $8 in retirement.”

For Laci, her current savings goals are based on building an emergency fund, smashing student loan debt, and marketing her freelance business, but retirement funds will come. She knows the sooner she starts the less she’ll have to save overall. 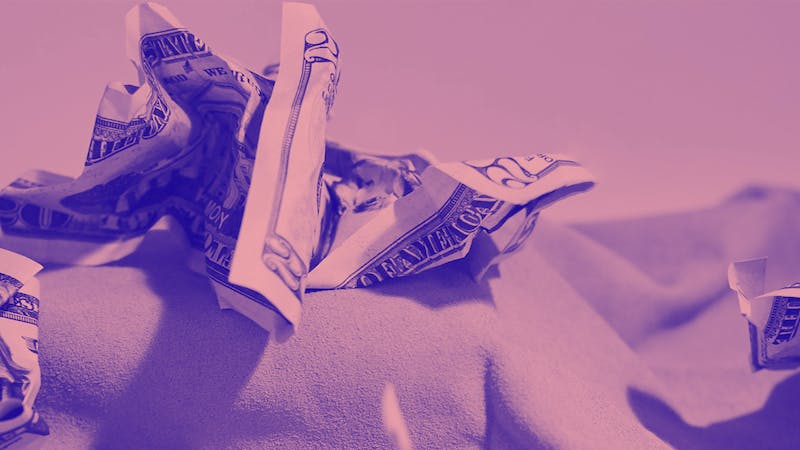 Money
8 Money Habits You Really Should Try And Break
“Instead of waiting for your situation to magically improve, take a hard look at some of the not-so-good money habits you may have developed over the years.”
8 min read
Read More 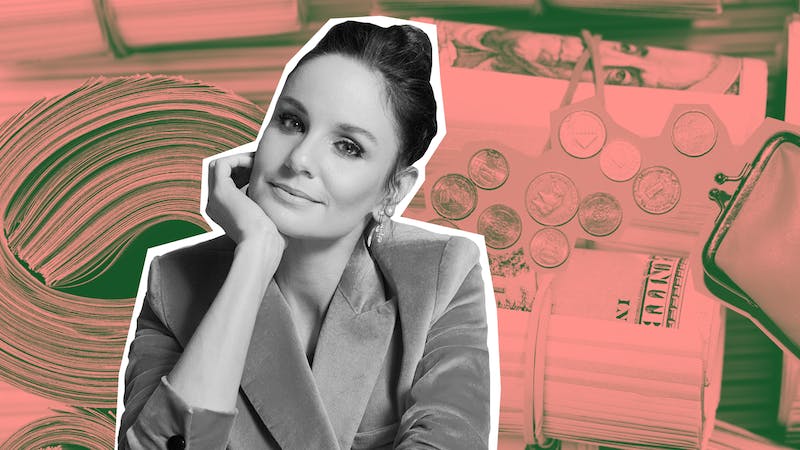 Money
5 Money Rules Worth Living By
I’ve walked away from a $1M project one year—and made $13,500 a different year. Here’s the perspective I earned along the way.
7 min read
Read More
Sign up for our newsletter
We'll send you updates on our latest launches and more.