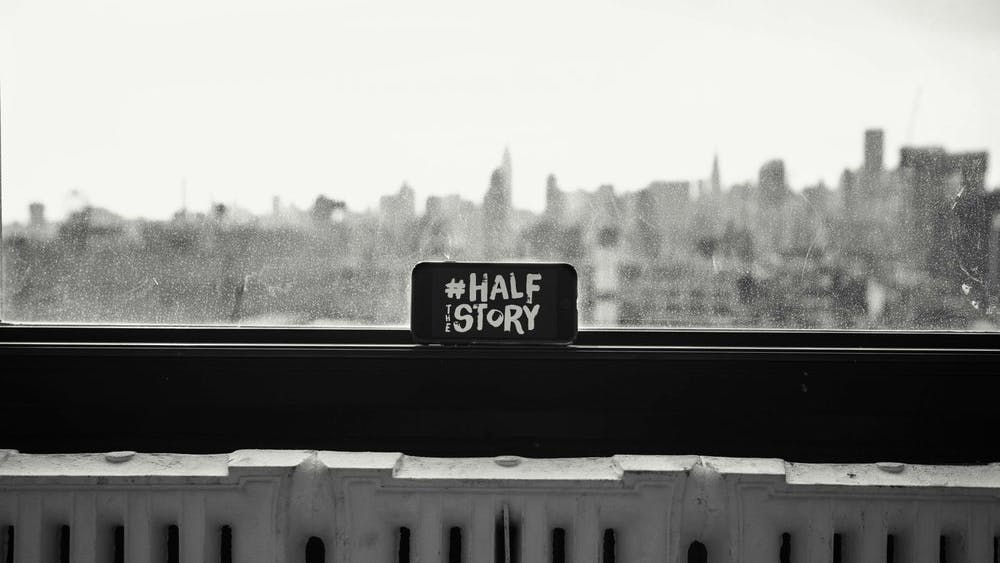 On one hand, she was a glamorous blogger covering events at Fashion Weeks around the world and partnering with top brands through her blog LivinLikeLarz. On the other, she was a seemingly normal college student. But the 17-hour work days that were needed to keep both halves alive were rough.

By the time Larz was a sophomore, she was wrestling with exhaustion, depression, and anxiety, all of which were made worse by her social media use. “I was sort of in the spotlight because I had a blog,” she said, with self-conscious air quotes added in alongside the words ‘in the spotlight.’

Now 23, Larz has let the LivinLikeLarz blog go quiet. However, her experiences as a young blogger are the inspiration for what she’s up to today. In addition to being a social media strategist and a producer, Larz is the founder of #HalfTheStory.

Larz describes #HalfTheStory as “a global platform that encourages people to share a piece of their life that doesn’t have space in their standard social media story.” Stories shared, mostly through Instagram, range from behind the scenes looks into the entertainment industry to mental health struggles.

The platform started as a senior art project but has grown into a movement that has been featured in a segment for Good Morning Americaand on sites likeRefinery29. She credits the attention to the fact that struggles with how to best use social media are becoming increasingly universal, especially among those who have come of age with it.

We’re all, she says, “struggling to share the piece that actually makes us human,” but we use so many excuses to disconnect ourselves from other people, and “we build walls around us,” which impede our ability to ever truly connect. Despite the fact that the apps we’re using were designed for that very purpose.

#HalfTheStory exists to shift people towards more authentic use, and deeper and more thoughtful connection, on social media, and Larz recently started going into schools to share her own struggles with mental health and self-image in an effort to educate students on how to use social media in more positive ways.

We’re not going to stop sharing our lives on social media, so how can we do it in a way that’s most “us?” Below are three of the tips she gives to people who want to show their best selves while still being themselves.

“Sit down and write down the five most important things in your life, and see if they are reflected in your social media story,” Larz advises. If they’re not, it’s time to reconsider what you’re sharing. After that, do the same thing with two struggles.

Are they part of your online narrative? Struggles are scarier to share, so don’t feel pressured to lay it all out, but sharing some of the difficulties you’re facing might help you in addressing them. Repeat this every month until your social media usage comes into alignment with what matters most to you.

Larz advises people to make a conscious effort to actively engage when they are using social media apps like Instagram. Instead of passively scrolling, Larz challenges people to “sit on” an image for a while. Consider where it was taken, the composition, how it makes you feel.

This will help to build a connection between you and the people you follow, which makes social media use much more emotionally fulfilling and authentic in the long-run.

“The third,” she says, “is to encourage the people around you, whether in your physical or digital sphere, to share things that are special about them.” One way to do this is by modeling the behavior yourself, but you can also encourage people by liking or commenting on their photos when they do break out of their normal box.

Celebrating people for going outside of their comfort zone and letting themselves be vulnerable can be an important confidence boost that turns a one-time thing into a full-blown social media overhaul.

Shifting your social media accounts towards greater authenticity doesn’t mean you have to post makeup-free selfies (unless you want to, of course). Rather, it’s all about doing what’s right for you and what makes you feel most confident. 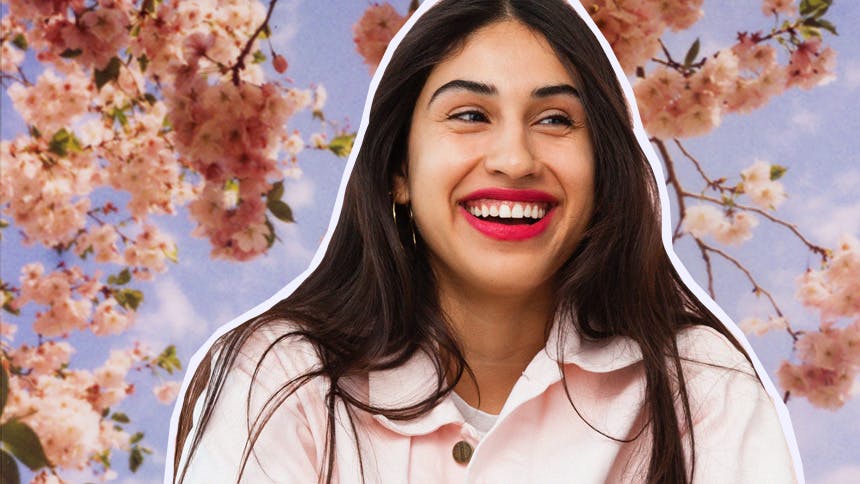 Wellness
Do This Simple (And Free) Thing For A Quick Hit of Happiness
Remember the eclipse? Chase that awe.
2 min read
Read More 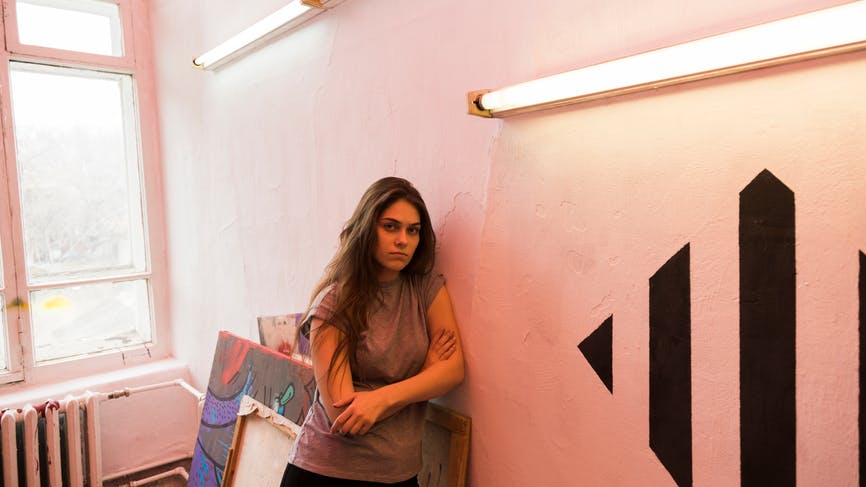 Wellness
A Brief History Of Chrissy Teigen’s Spiciest Donald Trump Sledges
From 2011 to the present day, Teigen is nothing if not committed.
3 min read
Read More
Sign up for our newsletter
We'll send you updates on our latest launches and more.