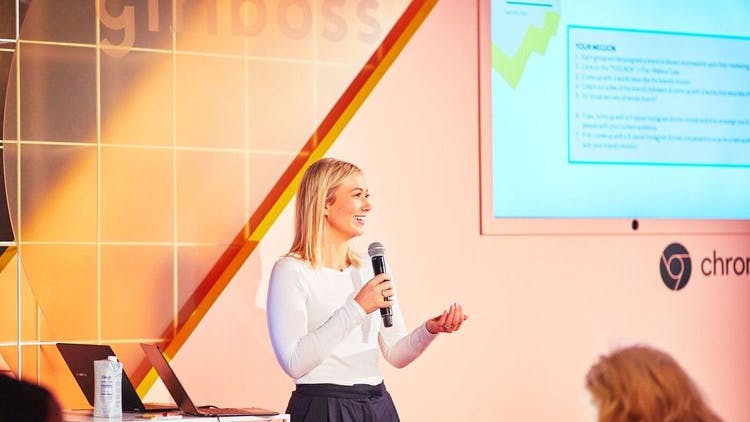 It’s a classic conundrum: If you’re building a brand, be it for personal or business use, audience growth is essential to your very existence. At the same time, it can feel a little…robotic and clinical—a step away from real-person passion that kicked your project into motion in the first place.

Lucky for us all, in today’s landscape, consumers are increasingly responding to more personal, authentic connections with the people involved in brands, rather than products themselves. And few people have better insight into this particular moment in brand marketing than Kiki Von Glinow, the CEO and co-founder of Toast Media Group and former audience development manager at Huffington Post.

And it just so happens that at the November Girlboss Rally in NYC, as part of the debut of Startup Studio in partnership with Google Chromebook, Von Glinow led a workshop on “Brand Building 101.” And she dropped some serious knowledge bombs. Amidst speaking to the principles of influencer marketing and how to strategize meaningful audience growth, she demonstrated the ease with which you can organize and prioritize these approaches on Chromebooks.

Catch Von Glinow’s four key insights to audience growth below, and catch the entire workshop (plus all the other Startup Studio workshops and Girlboss Rally panels) with a digital ticket. And be sure to stay tuned here for an announcement on upcoming Startup Studio webinars.

Make a real-person connection with your audience

“If you wanna connect with your audience,” Von Glinow said, “you really need to be an authentic member of that audience.”

The word “authenticity” is one that’s thrown around so often nowadays that it’s become a little nebulous as far as what it actually means, but Von Glinow encouraged entrepreneurs to really hone in on the brands they feel connected to and reverse-engineer how they achieved that connection.

Von Glinow also pointed out the importance of understanding the ways in which your audience has adjusted their preferences as the media landscape has changed.

“Interact with your audiences on their level. That means not necessarily creating super produced-looking ways of reaching our audience,” she said, directing workshop attendees to observe on their Chromebooks how brands like Outdoor Voices utilize a casual, minimal-production approach to visuals.

While more traditional marketing wisdom might advocate against taking any political or ethical stance that could potentially alienate customers, Von Glinow pointed out that times are a’changing.

“Be for something,” she said. “In today’s political and social climate, your audiences are really looking for you to take a stand on something. Something that they can say, ‘That aligns with my core values or my mission.’”

Are you brand, or are you human?

Beyond knowing the brand, customers now want to know the people behind the brand. Or as Von Glinow puts it: “Show them who’s making the sauce.”

“In my opinion, brands aren’t cool, people are cool. It’s the people behind your brand that are really gonna move people to connect with your brand.” Von Glinow finished up the workshop by having attendees break into teams and brainstorm on their Chromebooks to get a taste of how streamlined and efficient the process can be once you commit to focusing your audience growth. 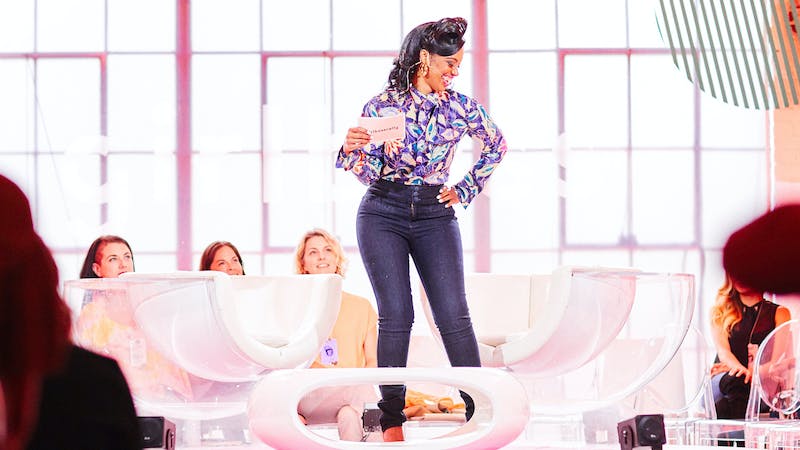 Work
10 Powerful Life Lessons From Female Entrepreneurs And Hustlers
Priceless advice from some of the most brilliant innovators in business and the arts.
3 min read
Read More 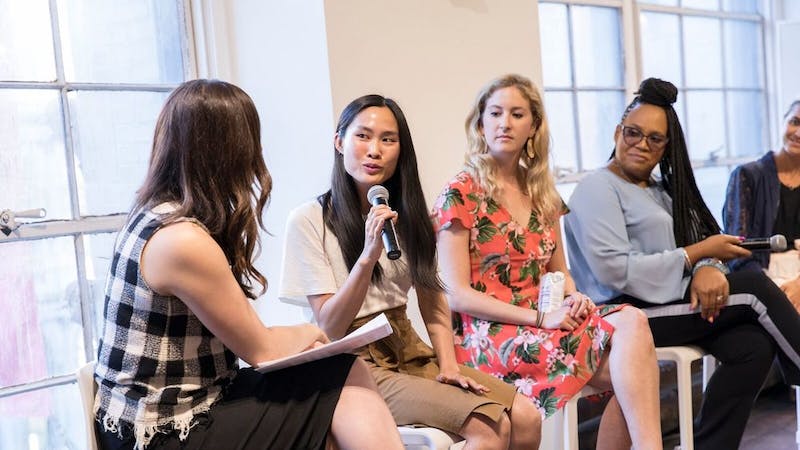 Work
4 Entrepreneurs Talk About How To Make, Spend And Save Your Money
The lack of candid conversation around women’s finances has taken an unfair toll for too long.
2 min read
Read More
Sign up for our newsletter
We'll send you updates on our latest launches and more.