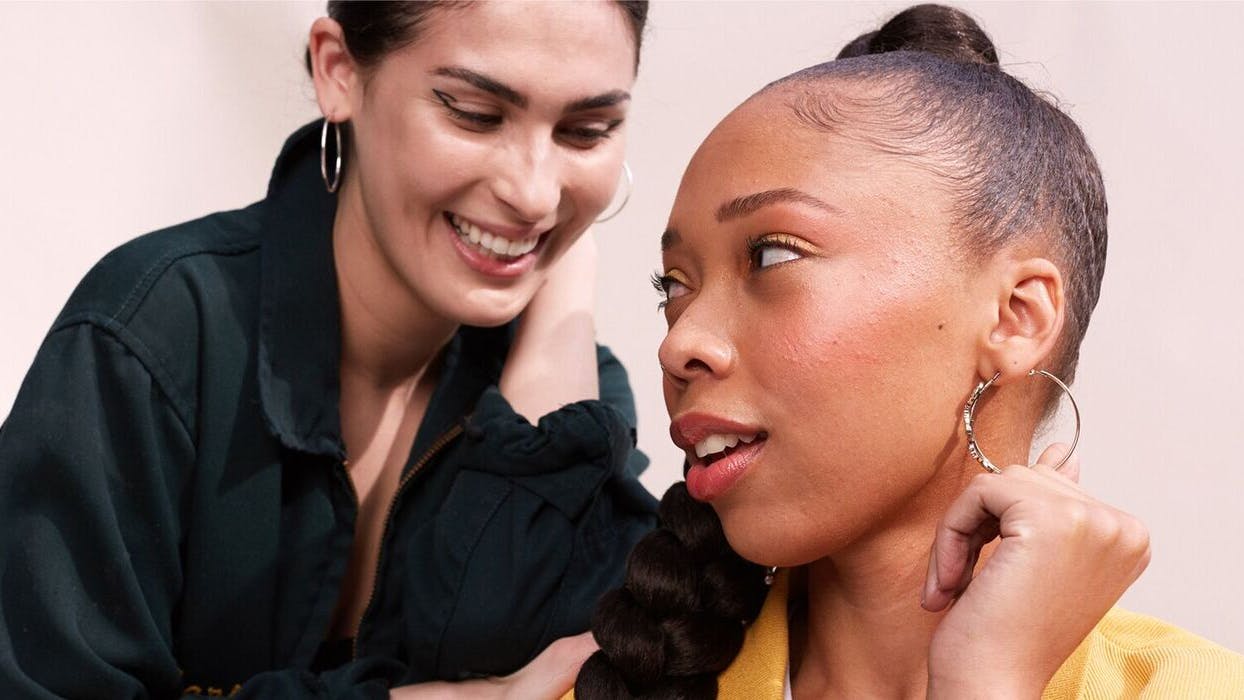 Why It’s So Difficult—And Important—To Ask For Help

Pamela Schein Murphy is the founder of The Select 7, a curated exploration into the worlds of travel, food, beauty + wellness, fashion, home design, and charity. Ahead, she shares what she learned from surviving cancer—and what she wishes she’d done differently when she was in the throes of it.

I was 36, too young to have breast cancer, too young to even be getting a mammogram at all, but my doctor insisted. So I went. Unwillingly. And almost self-righteously.

It wasn’t until my breast was sandwiched between two cold metal plates that I started to feel less than sure.

But that was fine, because calcifications are totally normal, totally benign.

OK, that got my attention.

Yes, biopsy. And tomorrow. I told them I couldn’t possibly do it tomorrow; I was busy.

Tomorrow, they said. It has to be tomorrow.

So tomorrow came and I went back, this time with a pit forming in my stomach. After hours of having my breasts beaten up, I cried. I cried because I was scared to death.

And guess what. It was the last time I cried for years.

And here’s the thing: I want to do it again.

I’m going to need you to stick with me here, because I know that sounds unbelievable.

What I want to call a redo on is how I handled it emotionally, how I didn’t let anyone help me, how I put up walls with no doors. What I want to call bullshit on is my own inability to be vulnerable at a time when it’s all I should have been.

Because the strength that got me through physically is the thing that pretty much crushed me emotionally.

“I’ve always struggled to be vulnerable.”

I’ve always struggled to be vulnerable, despite years and mini fortunes spent on therapy. I still don’t know where it comes from. Maybe it’s because I’m an only child. Or maybe it’s because I come from a long line of independent women who believe that being strong precludes us from having our emotional needs met. Most likely it’s a deadly combo of the two. Because I have always been the person who doesn’t want to be a burden, doesn’t want to ask for help, doesn’t want to need it. I’ve always been the person who goes it alone.

The thing is, I was lucky. I had a treatable type of cancer. I was assured from the beginning, that it was very unlikely that it would be the thing that would kill me, so who was I to complain? I remember getting being at the hospital the morning of my surgery and seeing a kid coming out on a stretcher. A kid. Maybe 6 or 7. And I thought to myself, “Thank God it’s me. Thank God it’s not my kid.” As if I didn’t have a right to be afraid or angry or sad, because look at that family—they have the corner on the afraid/angry/sad market. How could I be scared?

I didn’t realize how flawed that thinking was until years later, when I sat in therapy and realized how angry I was at every single person I knew for not fighting harder to break down the walls I had built.

“How could I be scared?”

Chemo is a bitch. Obviously. But it’s not just about the drugs that kill all of your living cells. The worst part is the time spent getting it. You can have infusions that last hours, wait times that feel like days.

For most people, it’s a time when having someone with you can be an enormous comfort. A great distraction. A necessary part of the process. For me, it felt like nothing more than an imposition. Like something I couldn’t possibly ask a person to do. So every week, I entered Sloan Kettering and had my treatments. Sometimes for an hour, sometimes for eight hours. But always alone.

And it’s not like people didn’t offer to come with me. They did. I just wouldn’t let them.

“Those of us with this inability to access the vulnerable parts of ourselves can’t always ask for what we need.”

So why, you’re probably asking yourself, was I angry all those years later? Why did I think I had the right to be pissed at people for doing what I asked them to do?

Those of us with this inability to access the vulnerable parts of ourselves can’t always ask for what we need. We can’t even connect to it. And while from the outside it may look as though we have the strength of the Gods, we don’t.

So what would be different? What would I do over?

I remember being struck by how a friend who went through something similar spoke about her experience. She talked about the parties her friends would have for her during chemo. How every week a different person was in charge of visiting her and making her dinner. How friends went with her to try on wigs. How her people celebrated her each and every day.

And I was really freaking jealous.

I missed out on that shared experience, that ability to make my people a part of my journey. As a result, I’m missing a really important connection not only to those people who wanted to be there for me, but to that time in my life. I put my head down and I got through it, but that’s all I did. Turns out I didn’t feel it, I didn’t process it, and I didn’t actually deal with it, because you just can’t do that shit on your own.

“You just can’t do that shit on your own.”

So that’s what I would do over. Not the cancer. But to live through that time again, this time finding the beauty and the strength in vulnerability. To come through it feeling whole and fulfilled rather than alone and bitter. Because as hard as it is to be vulnerable, it turns out it’s even harder not to be.

And this is still a struggle for me. The walls I constructed all those years ago are thick as hell, and chipping away at them is a constant challenge. It helps that I have two kids and a husband who want to see my vulnerable side. But my comfort zone remains a party of one.

Even in business I have a difficult time asking for help, which results in me being the worst delegator on the planet. And how does that serve me? Not well. Think: Laptop in bed at all hours of the night just to get it all done. By myself. It’s isolating and frustrating.

So I guess this is a cautionary tale. Life throws crazy shit at us all the time and my story is just a tiny needle in a haystack of heartbreaking, life-changing events happening every second on this planet. We all have to learn that vulnerability is not a weakness. It’s actually an incredible show of courage that helps keep our relationships rich and our lives balanced. Opening up sounds like an easy ask, right? I know it’s not, but I’m willing to work on it. 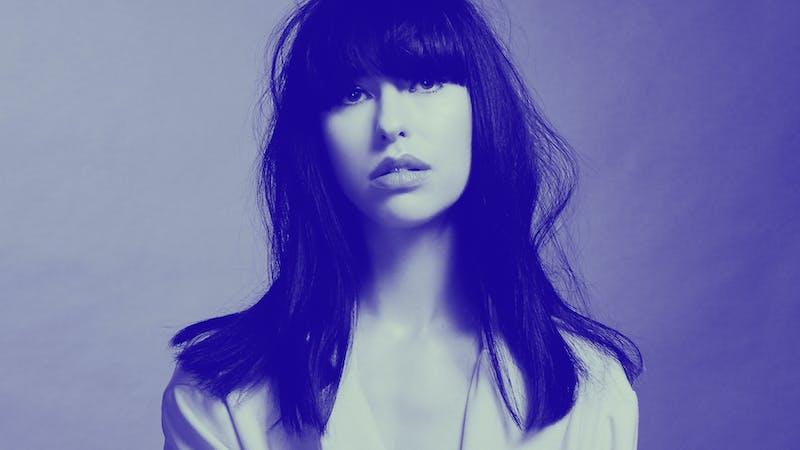 Wellness
What Nobody Tells You About Being The Boss, According To Kimbra
“I realized that I wasn’t just a hippie artist making music in my apartment.”
5 min read
Read More 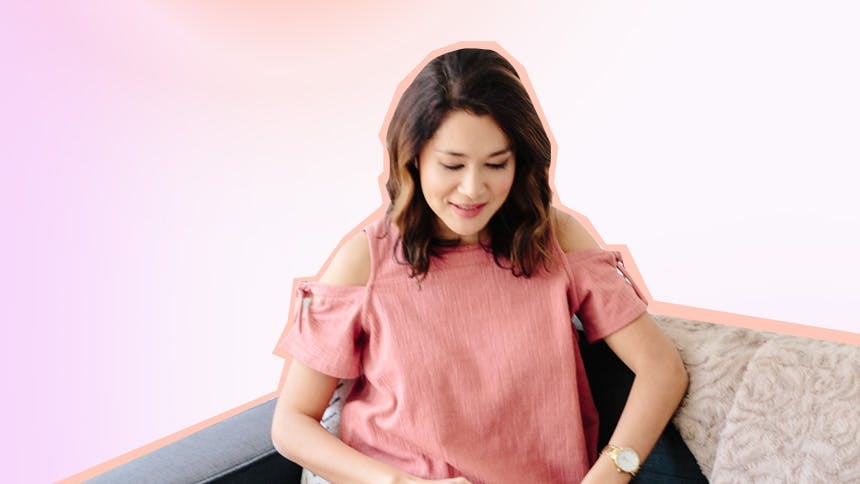 Wellness
How To Practice Self-Care As An Entrepreneur (Because Burnout Is Real)
The burnout is real.
10 min read
Read More
Sign up for our newsletter
We'll send you updates on our latest launches and more.