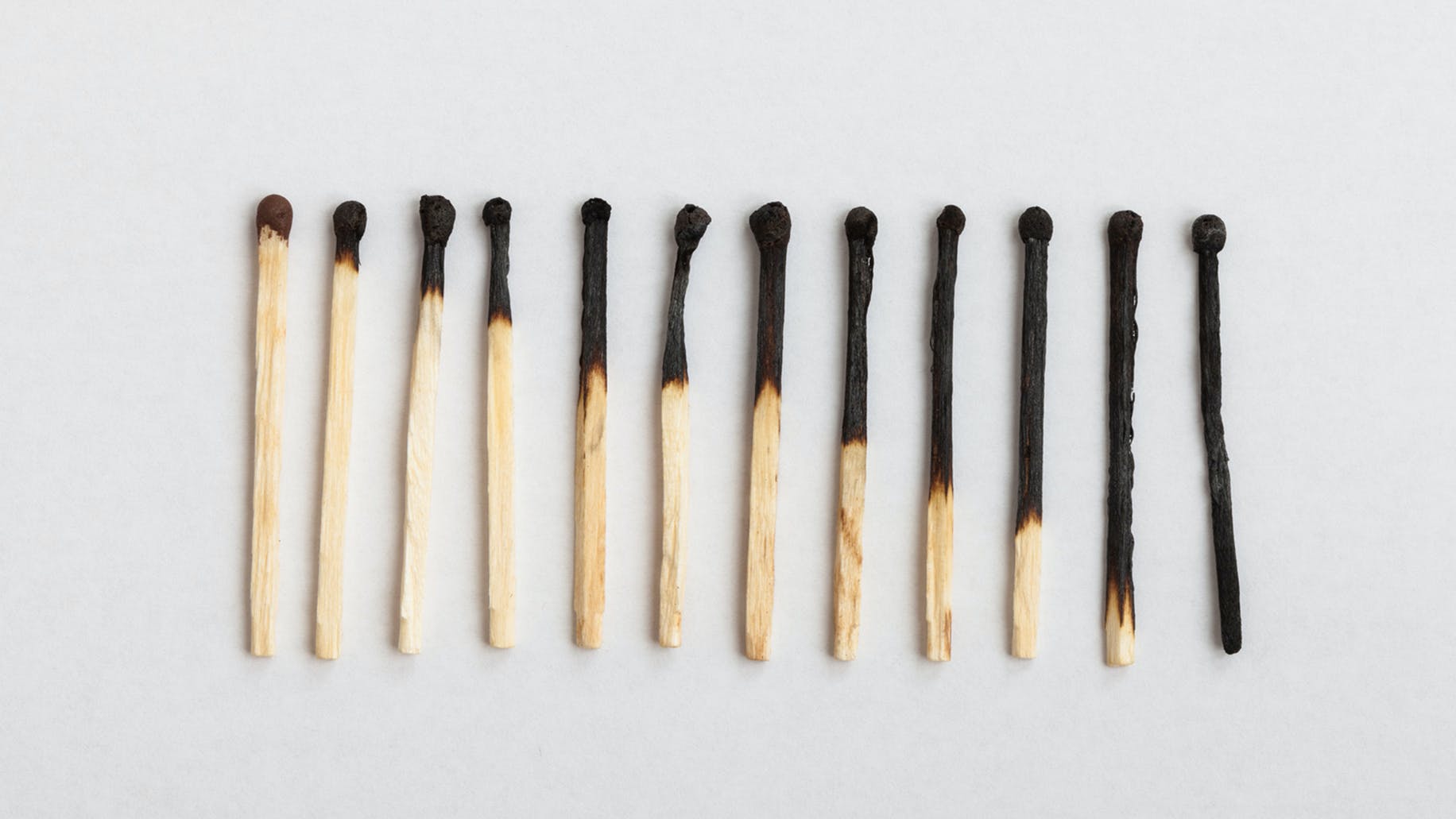 How Do You Know You’re The Victim Of Gaslighting At Work?

The term “gaslighting” has made its way into pop culture like never before. The increased popularity of the term is undoubtedly linked to the political climate we live in, where anything and everything leaves you questioning what’s true or false. Talking heads and political pundits routinely comment that we’re being “gaslit” by politicians who do the wrong thing, but claim we’re in the wrong.

Politics aside, gaslighting is a psychological term that refers to a very specific pattern of behavior where one person manipulates or attempts to manipulate another’s perception of reality. While it’s often applied to romantic relationships, it can occur in a variety of settings—including the workplace. We might complain about bad bosses, “toxic” coworkers, or just plain-old office bullies, but gaslighting is a type of work harassment that’s on another level altogether.

By definition, gaslighting isn’t always readily identifiable. After all, the person doing the manipulation is attempting to exert power over you in a slow and sly manner. If you’ve ever felt that someone was making you doubt yourself, your capabilities, and your sense of reality, then maybe you’ve been the victim of gaslighting.

To break down what exactly gaslighting is, how it can manifest in the workplace and what we can do to stop it, we reached out to experts in psychology and psychotherapy. Here’s what you need to know.

“Gaslighting is a series of manipulation tactics used to keep victims off-kilter and questioning their reality,” Stephanie Moulton Sarkis, a therapist and author of Gaslighting: Recognize Manipulative and Emotionally Abusive People – and Break Free, told Girlboss. Sarkis says that gaslighting can be a form of bullying and emotional abuse and a type of workplace harassment. Often, a gaslighter at work is attempting to get someone else fired or in trouble, she explained. They can project, too, and thus mess with your perception of a situation. “Gaslighters project [meaning] they accuse you of doing the very thing that they are doing,” Sarkis says.

To identify a gaslighter, look for these traits

When we think of a typical bully, we think of someone who is outright harassing you and making life miserable in a very obvious and often public way. In short, we think of bullies as people who thrive on humiliating others. But, when it comes to gaslighting at work, it’s often a projection from one person to another that stems from their feelings of insecurity, Rose Lawrence, psychotherapist and owner of Mind Balance, told Girlboss. Often, the person doing the gaslighting is a very witty or charming person. “They use their great people skills and lots of humor that “sounds” innocent but has under handed passive aggressive type comments,” she says.

Namely, Lawrence says a gaslighter can:

Anyone can be a victim of gaslighting

Gaslighting in the workplace can manifest in a few different ways. More commonly, it occurs between a supervisor and a subordinate employee at work where there’s a power dynamic at play. But, it can just as easily occur with anyone at work. “Really the hierarchy doesn’t matter,” Lawrence says. “Where it matters with the hierarchy is obviously an abuse of power and where someone that is in charge and they’re utilizing these kind of things to get someone to comply, or get someone to feel less than, or to actually maybe even try to squeeze you out.”

Again anyone can be a victim of gaslighting

It’s easy to think that if someone is trying to gaslight you, they’re picking on you for a reason. As in, they might think you’re easy prey for victimization. But that’s not the case, says Joy Harden Bradford, a licensed psychologist in the state of Georgia and the founder of Therapy for Black Girls. “I do think, it could be the case, where if you are already feeling down about yourself, or if you have these kinds of thoughts of like, ‘I’m not good enough,’ or  ‘I’m not smart enough,’ and then somebody came along telling you things that affirm that, it might make it easier for you to believe that,” Bradford says. Still, she says that it’s important to note that it’s not someone’s fault for being gaslight.

Some signs of gaslighting are …

It can difficult to point to exact examples of gaslighting at work. But, to zero in on such instances, it helps to focus on situations and relationships where a coworker or boss told you something and then they later tell you they said something completely different. For instance, Sarkis says, think of the following scenarios:

Individually, these instances might not amount to much, Sarkis explained but together they can form a pattern of behavior that can amount to gaslighting.

Other examples can include someone making racist, sexist or other derogatory comments but then acting as if they didn’t, Bradford says. Or, you might notice that you’re being left off important email threads by “accident” and you’re suddenly “overreacting to the situation.” More commonly still, Lawrence says, you might have a boss or coworker take credit for an idea you presented, only to then turn around and tell you they had to tweak the idea to make it better. In which case, are you sure it’s your idea?

Finally, if you suspect you’re being gaslit, here’s what to do

The importance of documenting instances when an employee feels harassed can’t be overstated (and yes—gaslighting at work is a form of office harassment). Have another coworker in a meeting with you and the potential gaslighter. Try to limit your communication to written formats so you have something in writing to reference. Re-affirming to yourself your own self-worth and what it is you’re good at will also help to combat any lingering doubts about your skills that someone else might be trying to instill in you.

Finally, Lawrence says it’s important to place boundaries early on. Ask yourself what does respect look like to you? “If you cannot identify what your boundaries are with other people,” she says, “Then you will not be able to identify when someone has crossed the line.”

This story was originally published on October 11, 2018. It has been updated (and will continue to be updated) to include new tips, advice, and guidance, to ensure we are always giving you the best, most valuable resources. 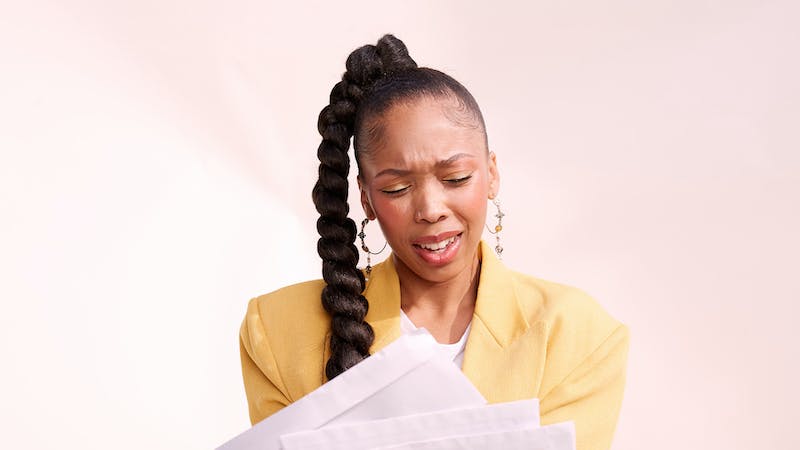 Work
How Girlboss Members Are Paying Off Their Student Loan Debt
The student loan crisis is a feminist issue.
4 min read
Read More 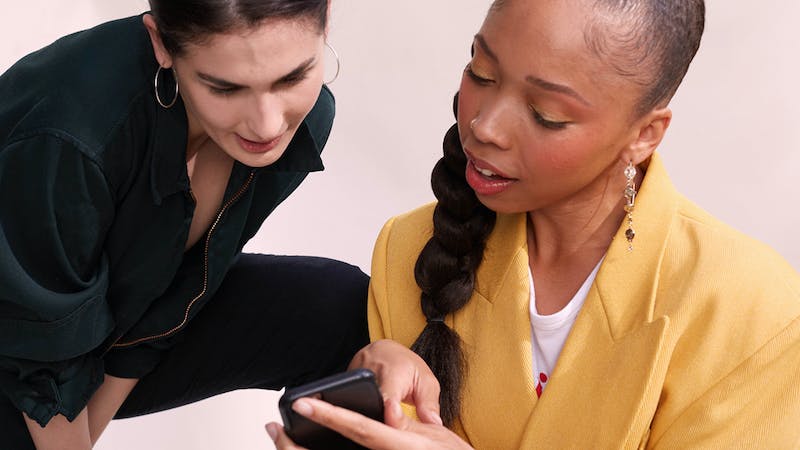 Work
5 Online Communities Where Women Are Having The Best Conversations
Proof that it’s possible to find community via the interwebs.
3 min read
Read More
Sign up for our newsletter
We'll send you updates on our latest launches and more.