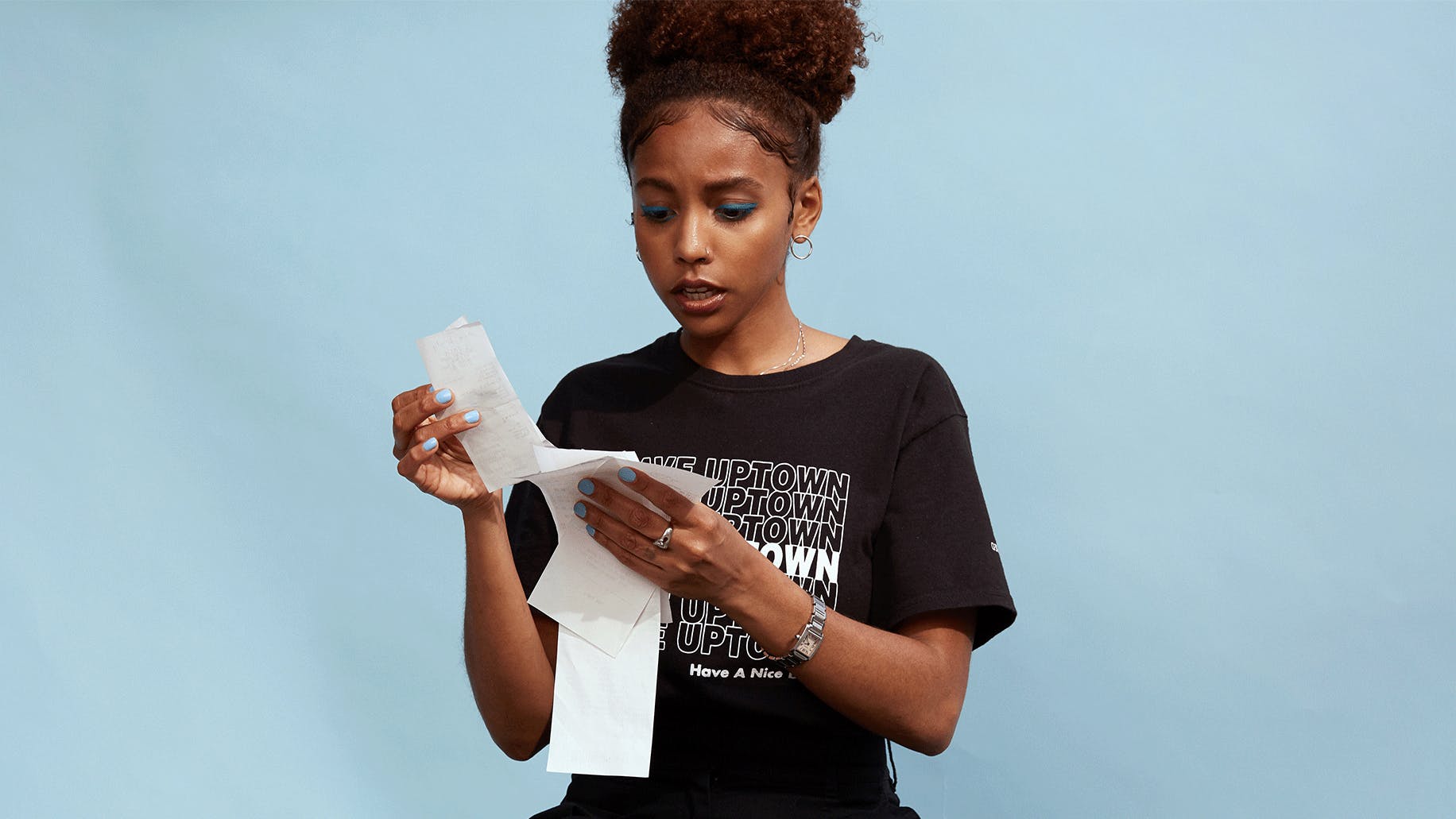 How To Survive A Breakup Without Going Broke

An astute woman on Twitter once said, “Dating guys in their 20s is an unpaid internship.”

For decades, unpaid internships have survived because people (usually of privilege—but that’s another story) keep signing themselves up, willfully ambivalent about the ways in which they devalue their own work and close off certain industries to those who don’t come into the workforce equipped with a safety net. In unpaid internships—and similarly, in starter relationships—there’s a real risk that you might put in your time without ever collecting the dividends.

Unsurprisingly, this viral tweet spoke to me in the immediate aftermath of my breakup with the 20-something guy I dated off and on for the past five years.

As soon as my ex and I officially called it quits, he cc’d me on a perfunctory email to our landlord, informing him that we wanted to terminate our lease as soon as possible. We had re-signed for another year just five months prior, and as soon as I read the message, I knew I didn’t want to leave the apartment I had inhabited alone for a majority of our cohabitation (my ex traveled frequently for work). It was my home and I was emotionally attached.

And yet, as I tried to calculate what it would take to go from proportionally sharing the cost of a two-bedroom apartment to assuming that responsibility myself, I quickly began to question my finances. My friend Gina, 25, found herself in a similar spot last year: She lived in Chicago with her boyfriend for a year and a half before they broke up and she went from paying $700 per month to $1,400 overnight. She knew she wanted to keep the apartment, and she also knew that her ex, who was dragging his feet to move out, wouldn’t be able to afford living there alone.

To make it work, she cut all the corners—fewer Ubers, less takeout, and more conscientious spending in general. She also made it a point not to alter her savings plan.

Neither Gina, nor myself, were necessarily prepared for the financial fallout of our relationships’ demise, so I spoke with two financial planners to get their take on best practices for starting—and finishing—a relationship on the most financially secure note possible.

“I recommend that you freeze any joint bank accounts as soon as you decide the relationship isn’t going to work anymore,” says Samantha Ealy, CEO of Generation Wealthy. “When a bank account is frozen, both parties listed on the account must agree on any transaction that is made using the account. This means that it would not be possible for just one member of the account to withdraw all the money and place it in a new account.”

If you and your ex shared passwords to separate accounts (in lieu of maintaining a joint bank account), Ashley Dixon, associate planner at Gen Y Planning, recommends changing your passwords ASAP.

“Do not assume they won’t access your accounts again,” she says. “The password may be saved on a computer or smartphone and someone else may access that device. If credit cards were shared, be sure to disable the card holder’s access on your credit card. And don’t assume they won’t use the card or number or that they destroyed the card as promised.”

If you’re worried about harming your ex’s credit in the meantime, don’t be. Having given them access to your credit line ensures that removing that access won’t affect their long term financial viability.

Put your expectations about money in writing before you combine funds

Like all things in a committed relationship, open and honest communication is essential.

“To ensure post-breakup conversations about money are not acrimonious, I would advise against sharing significant amounts of money in a relationship without having serious conversations and written expectations,” says Dixon. “As silly and unnecessary as written money expectations sound when you see no end to the ‘forever’ feelings you have for your partner, those written words will be there as insurance in black and white to reference if the relationship ends in hurt and sadness. It may also save you some hearsay.”

According to Dixon, the written, worst-case-scenario agreement should be modeled after that of a lease agreement—including an expectation of “notice” as to the breakup and how many additional months each partner will be expected to pay bills in the event of a relationship’s dissolution.

Additionally, says Ealy, couples should have an agreement about how they are going to make purchases for joint items, such as furniture, and who will get to keep those items in the event of a breakup.

“I know it’s not fun to plan for a breakup, but it’s just like putting on a seat belt—technically we’re planning for an accident, but it’s all about safety,” she says. “You want to invoke as much safety as you can for yourself, and I’d hope you’d want to do the same for your partner when you’re together.”

Take this opportunity to kickstart your own long-term financial goals

“Before starting any journey, it’s a smart idea to get a lay of the land,” says Ealy.

She recommends following this step-by-step plan when first assessing your own financial goals after a relationship:

For budgeting purposes, Ealy recommends having separate accounts for each financial goal, so you can clearly and visibly track your progress toward each. She also recommends using apps such as Mint, Personal Capital, and PocketGuard to connect to your bank accounts and track your savings against your goals.

If you made less money than your partner during your relationship, and your contributions to shared finances were split accordingly, perhaps the most difficult part of your post-breakup financial reckoning will be resetting your own expectations as far as what you can comfortably afford on your own.

“You may not want to, especially with all of the emotions you’ll be feeling, but at some point, you’re going to want to create a budget and review your bank statements to assess your spending,” says Ealy. “The key is to plan and stick to that plan, and the plan I’m talking about is a budget. This is going to be key for you. You may have to get a second job or start a side-hustle for more income until you get back on your feet, and that’s okay.”

The important thing is to focus on your future goals and stop ruminating on what “could have been,” echoes Dixon. “If there was money you spent frequently in your relationship, redirect that money to your financial goals and feel good about investing in yourself and your future.”

Know when it’s time to bring in the professionals

Ealy says you shouldn’t hesitate to bring in a third-party professional. That person should be mutual, yet unbiased, such as a financial advisor, or a lawyer (if necessary).

“I recommend consulting a financial advisor about the situation and seeing what they recommend for next steps if you and your partner can no longer communicate civilly about your financial situation,” she says.

And if the collateral you’re squabbling over isn’t significant, Dixon suggests simply walking away and taking the L.

“Move on and learn from that relationship,” she says. “You can seek professional help from a therapist to vent on the loss and/or seek advice from a financial planner on how to reach your financial goals in your new situation.”

If you’re in a new relationship, Dixon recommends reinvesting any expenses saved by cohabitating with your partner toward sustainable goals for your independent future.

“Take advantage of all the ways you will save by cohabitation,” she says. “You don’t need two or three bedrooms, you don’t need two sets of furniture, kitchen supplies, etc. Sell one set or rent a storage unit for that extra furniture and save the difference. Save on groceries by eating more meals together at home. Save on gas or public transportation by not commuting to each other’s places.”

Don’t squander away the freed up funds. Save the difference for a down payment on a house, your wedding, your retirement, or—of course—the worst case scenario of a breakup. 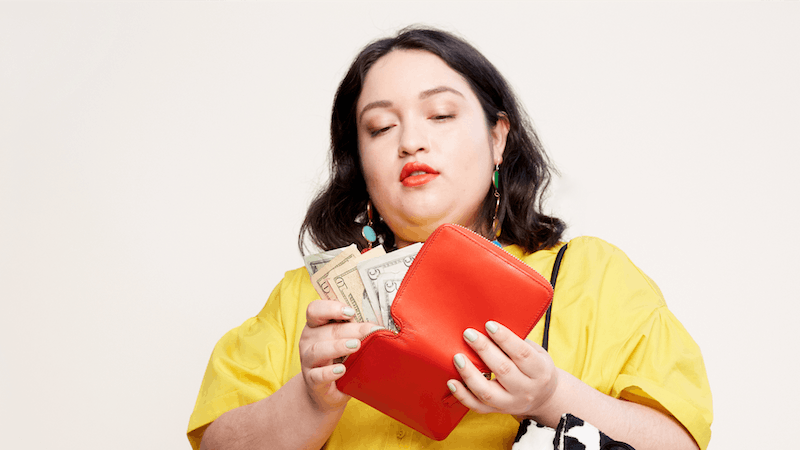 Money
A Handy Checklist For Determining Whether You Should Lend Someone Money
Lending money to someone when they’re in a tight spot is a good deed. It’s also a perilous deed.
4 min read
Read More 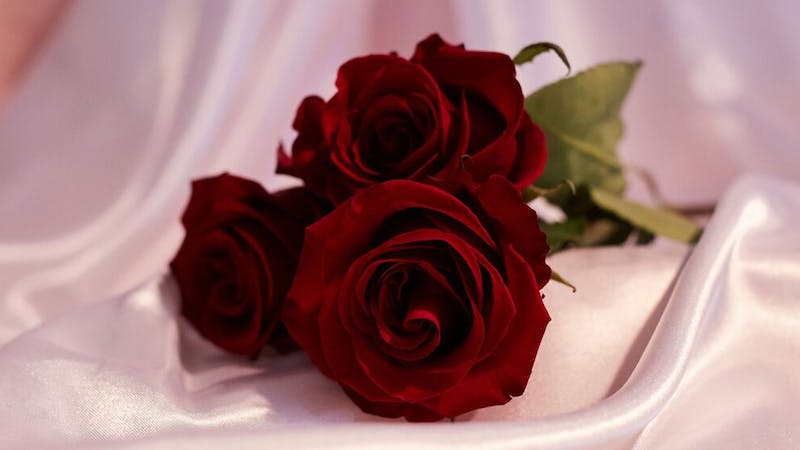 Money
Why Is Modern Dating So Hard—Especially For Ambitious Women?
If Charles Dickens were writing about the heterosexual dating scene of 2018, he might dub the era we’re currently living in both the best of times and the worst of times.
9 min read
Read More
Sign up for our newsletter
We'll send you updates on our latest launches and more.