10 Game-Changing Women To Watch In The 2018 Midterm Elections

Since the orange goblin was elected two years ago, there’s been a lot of shocking news, tragic news, and “fake news,” but not a lot of good news. But things may be looking up with more female midterm candidates running for Congress in November than any other time in her-story, including women-of-color and war veterans. Among the accomplished group of women running for Congress this year, we’ve chosen to highlight ten candidates that we think are gonna help smash the patriarchy. Big Uterus Energy in da house (of Representatives and Senate)! 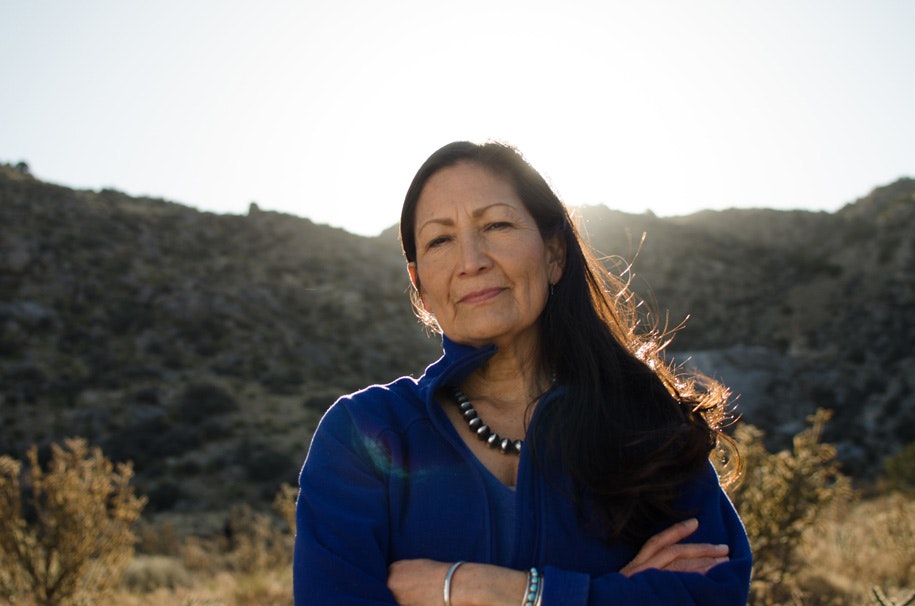 If ya don’t know, now ya know: If elected, Halaand would be the first female Native American woman in Congress.

“It’s important to have different voices at the table because we all bring different perspectives. Let’s take one issue: Republicans trying to implement a mandatory work requirement in order to get food stamps. These Congressmen don’t know what it’s like to apply for food stamps. I am a single mom who relied on food stamps and used Planned Parenthood for my main source of healthcare. How dare they try to implement something that they have no experience with, and no clue how it affects people.” 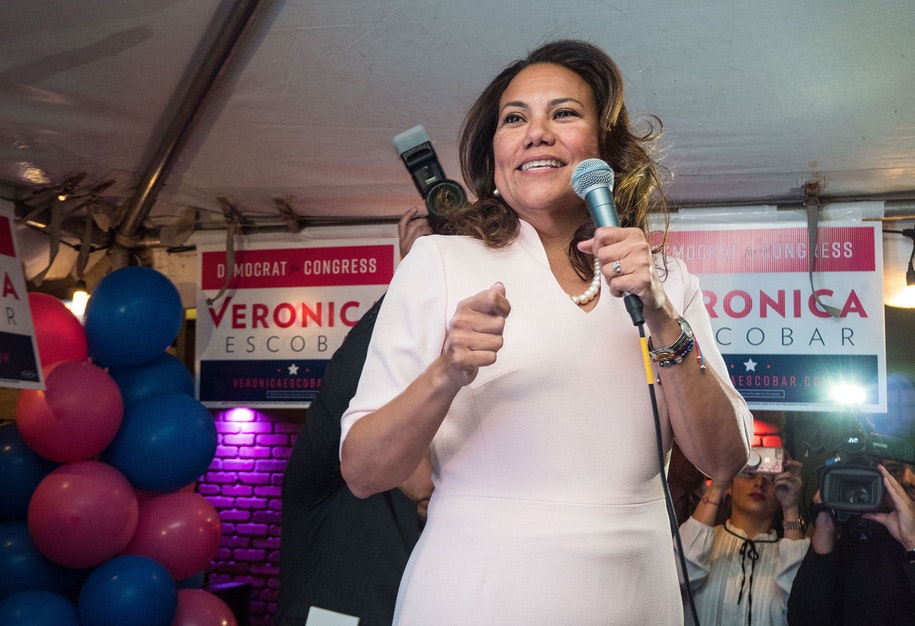 If ya don’t know, now ya know: She is one of two female candidates likely to become the first Latinas in Congress from Texas. 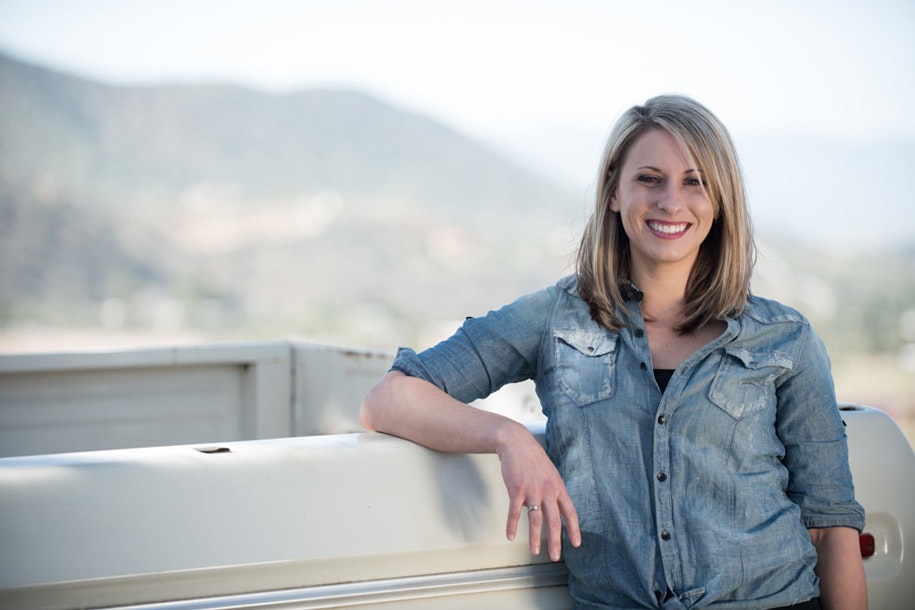 If ya don’t know, now ya know: Hill identifies as a member of the LGBTQ community and got her start in government as an advocate for the homeless.

“I am incredibly passionate about creating practical and bold policies that make healthcare more accessible and affordable for everyone. My husband Kenny’s lung collapsed unexpectedly before our wedding and because he was transitioning between jobs, he didn’t have health insurance. Kenny and I started our lives together with $200,000 in medical debt and while we were able to move in with his parents to get back on our feet, not everyone has that support. Mental health care, reproductive care, and emergency care are all extremely personal, which is why I am so passionate about the issue.” 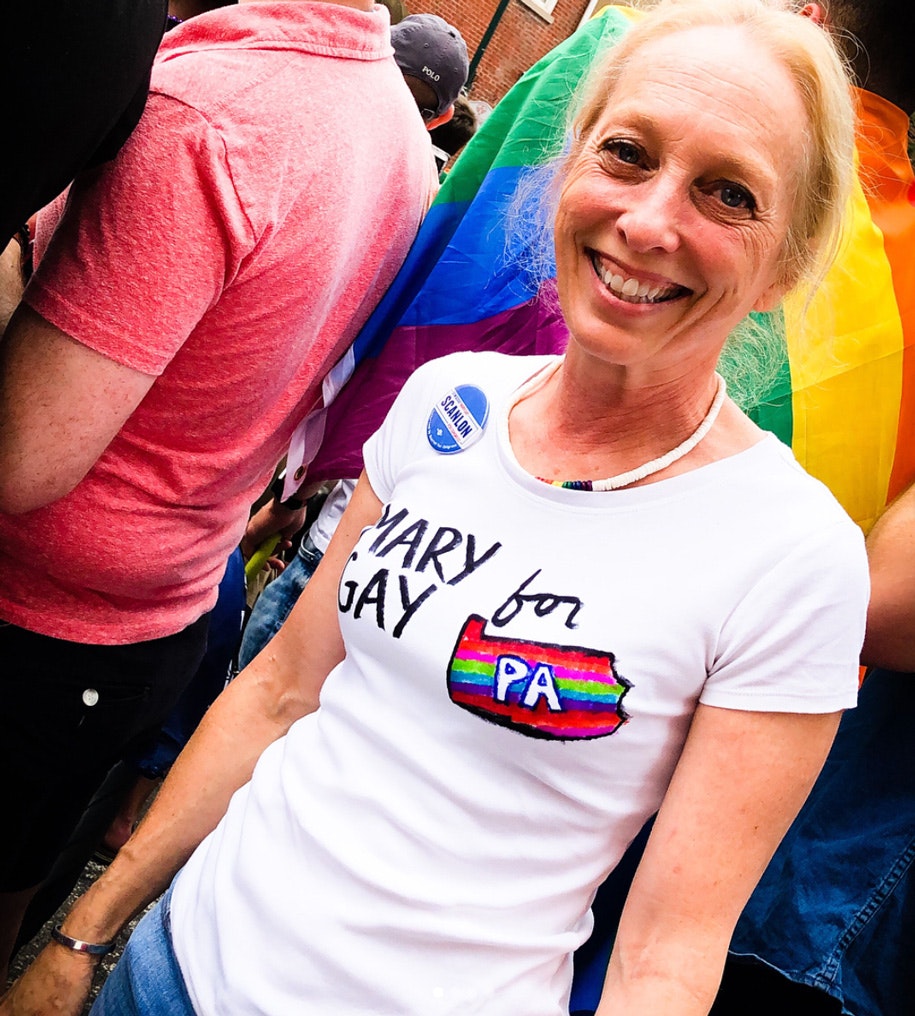 If ya don’t know, now ya know: Scanlon has been a civil rights lawyer for over 35 years fighting for voting rights, criminal justice reform, free press, and other constitutional rights.

“It is my strong belief that we need to have fair elections so everyone who is eligible to vote can do so. We’ve seen what happens when votes get suppressed and gerrymandering occurs, legislators pick their voters instead of the other way round. That’s how we get echo chambers and polarization. When our elected officials have to listen to the whole range of people who elect them—and not just their own echo chamber—they have to be more reasonable and they can’t stake out unreasonable positions.” 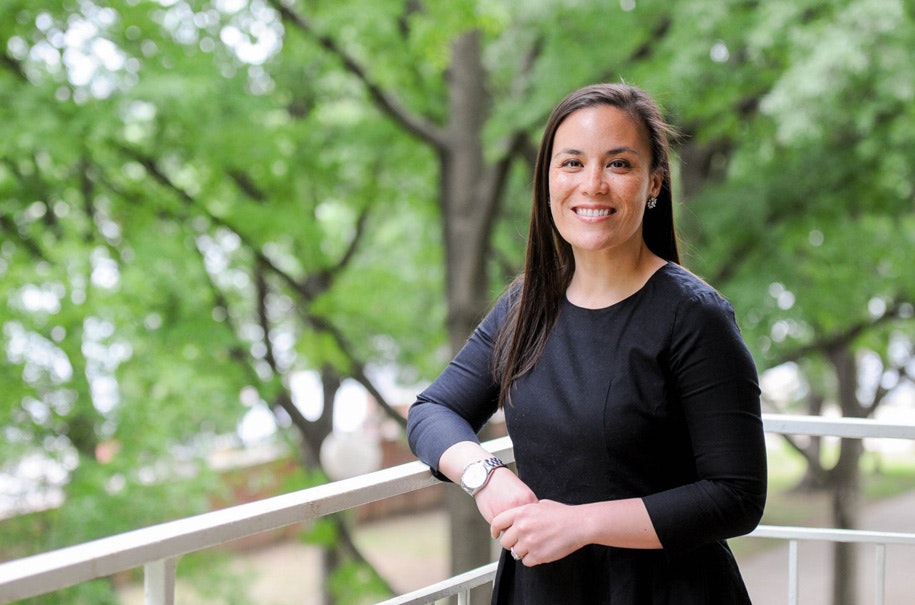 Bad-Ass Bonus: If elected, Ortiz Jones would be the first openly lesbian veteran in Congress.

“The number one issue in Texas is health care, we are the most uninsured state in the state in the country. One out of every six Texans is uninsured. A woman having a baby in Texas is five times more likely to die in that process than in California. I’m running in a district that shares 40% of the border with Mexico, 70% of my district is hispanic, and 70% is rural. In Presidio, Texas the nearest hospital is 80 miles away. When I think of health care, yes, let’s talk about the prescription drugs—but let’s talk about access.” 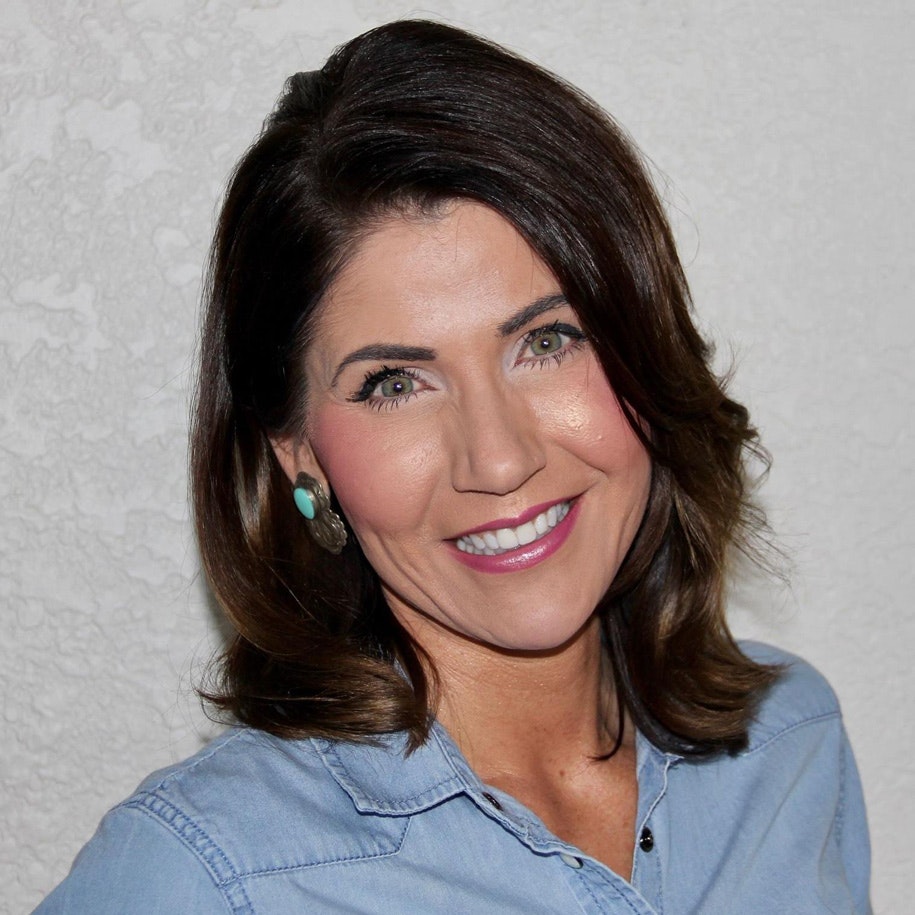 If ya don’t know, now ya know: If elected, Noem would be the first female governor of South Dakota.

On her website, Noem talks about her childhood growing up on a farm, “There was never ‘girl chores’ or ‘boy chores.’ I think one of the reasons I grew up to be a strong woman is that my dad never doubted that I could do anything the boys could do. He gave me challenges to do that I thought were impossible for my age, or for my strength, and he made me complete them on my own which gave me a lot of confidence. A girl can do anything she puts her mind to.” 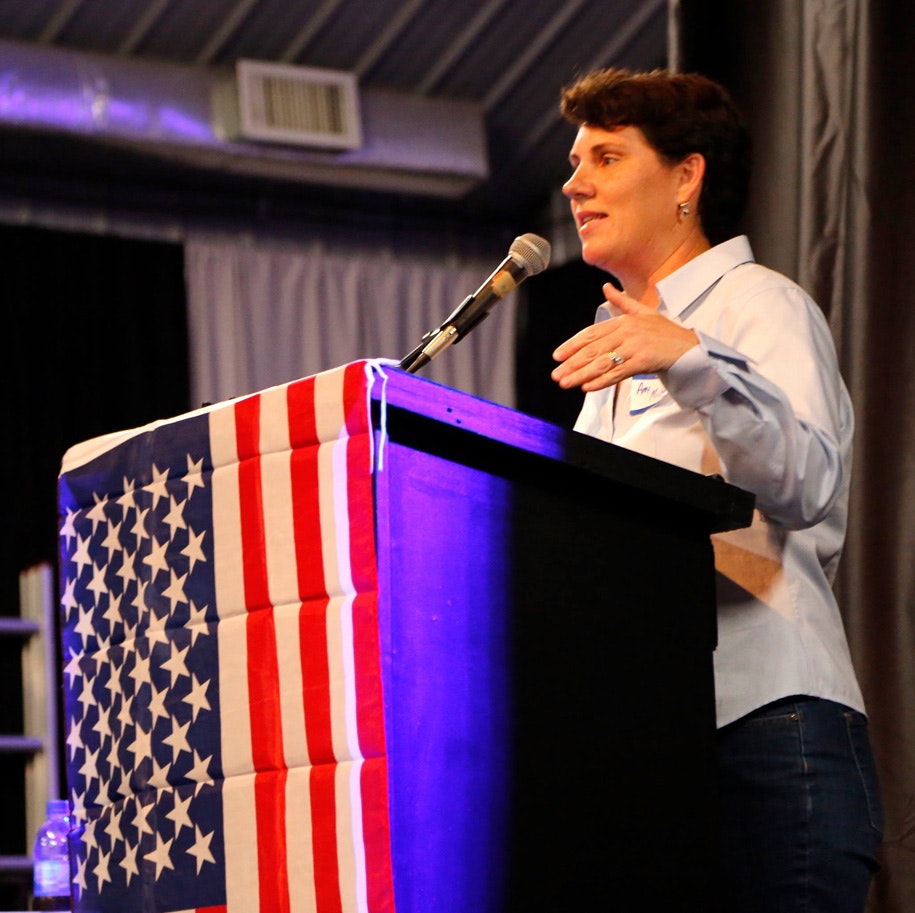 If you don’t know, now you know: McGrath is a former fighter pilot in the Marines who has flown in 89 combat missions in Afghanistan and Iraq.

“I believe strongly that basic health care is a fundamental right that should be guaranteed for every American. Similar to our guarantees of a basic education to every child born, health care is an issue that affects us as a nation, and it’s a moral issue for me as a daughter of one of the first women to graduate from the University of Kentucky medical school in the 1960s. I believe firmly that the goal must be universal coverage for all Americans.” 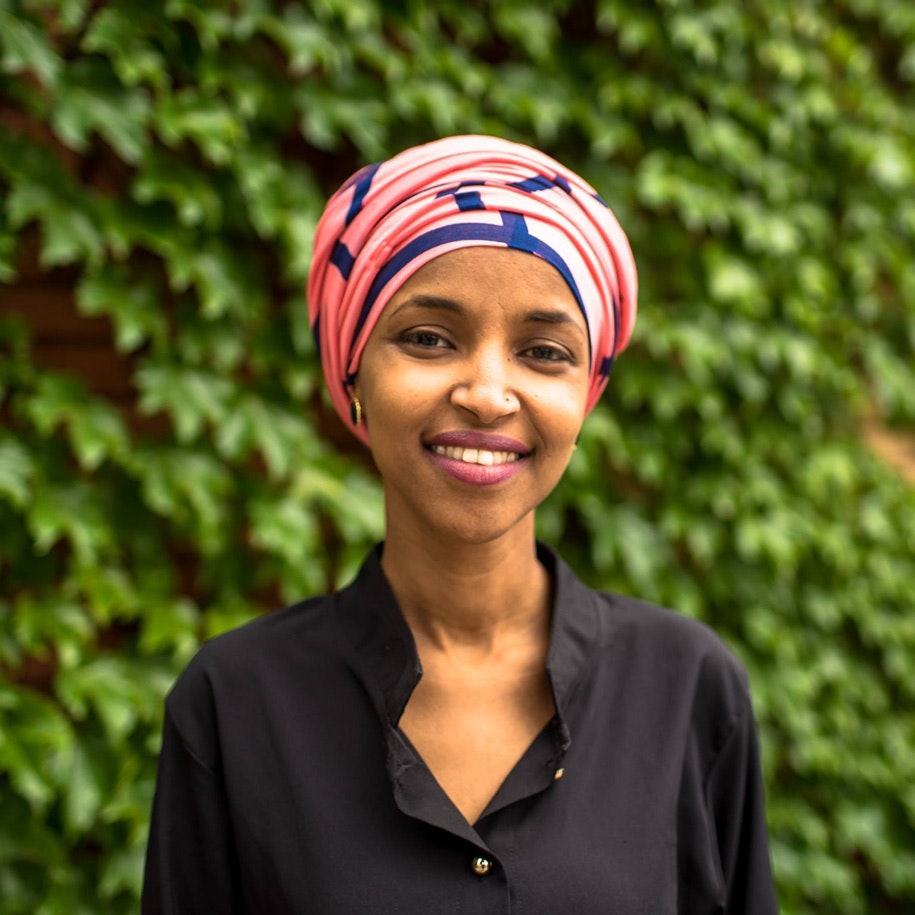 If ya don’t know, now ya know: Omar is an immigrant from Somalia who spent time living in a refugee camp as a child. She has triumphed over poverty, hardship, and trauma and is now poised to become one of the first Muslim women in Congress.

Omar told Elle, “As I watch what is happening in this country and with this administration, I can’t believe the lack of panic from every single citizen in this country…. I intend to make sure that people realize that most of us who are here came here because we’ve already lived under terrible governments, the kind of governments that we are about to have. We understand defiance. And we know that if people don’t act now, they’re going to be living in one of the countries that they have been advocating against for years.” 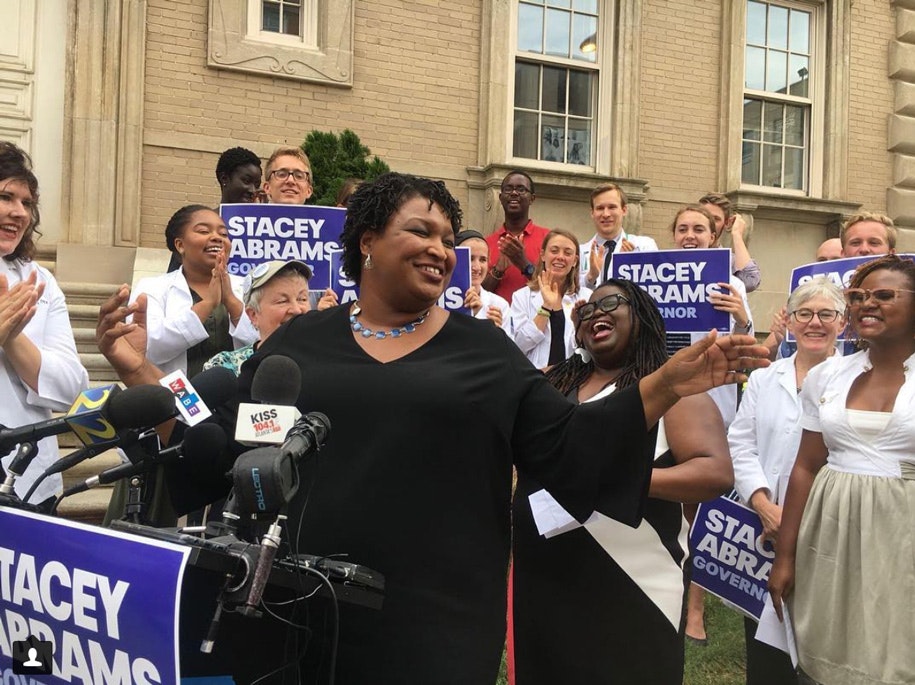 If ya don’t know, now ya know: Abrams is poised to be the first African-American governor in history (woop woop) and also the first Congressperson to write romance novels on the side. Plus, she’s being endorsed by America’s sweetheart and 39th president Jimmy Carter, who is hitting the campaign trail to help her get elected.

Abrams told Cosmopolitan, “My being a black woman is not a deficit. It is a strength. Because I could not be where I am had I not overcome so many other barriers. Which means you know I’m relentless, you know I’m persistent, and you know I’m smart.” 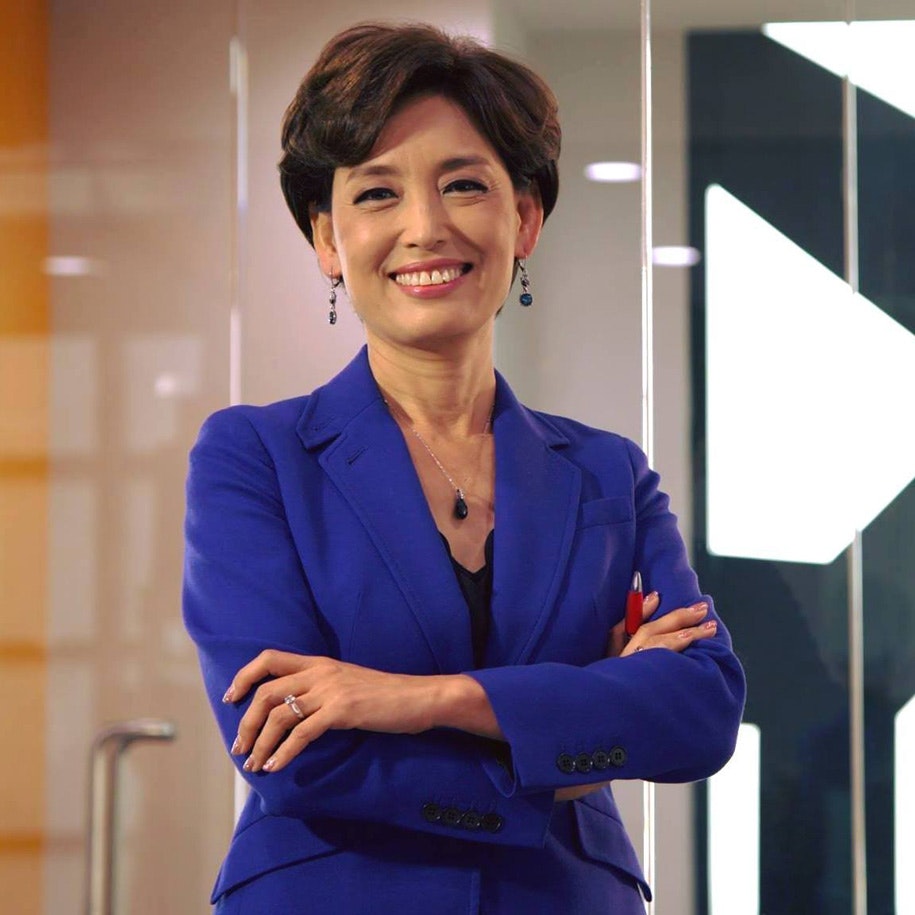 If ya don’t know, now ya know: Young Kim was born in Korea and immigrated to the United States. If she wins, she will be the first Korean-American woman to serve in Congress.

Kim bravely went against her own party on the issue of family separation. She explained to the Independent Journal Review, “I don’t believe in family separation. If we are going to process them, we need to keep the family units together…. I am an immigrant myself….When we talk about compassion, there are asylum seekers that come here from countries that persecute them or they are from war-torn countries, they are fleeing that environment.”