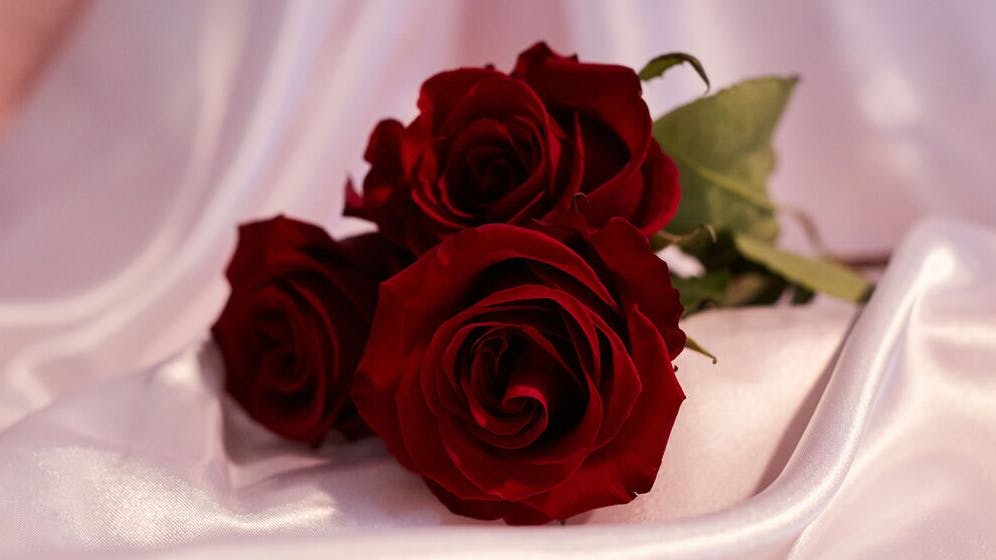 Why Is Modern Dating So Hard—Especially For Ambitious Women?

By any measure, Kate Balestrieri is a catch. A 37-year-old psychologist with multiple degrees, her own thriving business in Los Angeles, a sense of humor, and beauty to boot, she’s the kind of person you want to set up with your sweet single friends.

Even so, Balestrieri is wary enough of today’s straight dating scene that sometimes when she’s out and men ask her what she does for a living, she tells them she’s an eyebrow aesthetician.

“Men are constantly telling me that they’re intimidated by me,” she explains, and fudging the facts saves her from bizarre commentary about how, given her profession, a guy needs to “watch what he’s saying.” But it’s also more than that. Recently, a man she’d been seeing for about a month ended the relationship because, as he put it, her success made him hyper-aware of his own “crippling anxieties and insecurities.” It’s a familiar story that she sees play out in her own treatment rooms, too.

“When did it become a dating liability to have your shit together?”

“When did it become a dating liability to have your shit together?” That’s what Balestrieri wants to know. And she’s far from alone in asking the question.

If Charles Dickens were writing about the heterosexual dating scene of 2018, he might dub the era we’re currently living in both the best of times and the worst of times. There has arguably been no better moment in history to be a single woman: We have more power, autonomy, and choices than ever before. Single women reportedly have better health than their married counterparts, and apparently they’re having more sex, too. While there is still plenty of room for improvement, the future is looking bright.

Still: If you’re a single woman seeking a partner in 2018, it can sometimes feel like you’re wearing shades. Marriage rates have hit historic lows, dating apps are apparently making users depressed, and men appear to be in a full-blown masculinity crisis. Add that to the fact that hookup culture has changed the landscape of our romantic lives, and modern relationships are—in the parlance of our Digital Age—complicated.

Among other things, women who Girlboss spoke with for this story shared that they didn’t date because they work long hours and just want to crash at the end of the day; they said they go on and off apps because, generally speaking, “men are trash.” They said that they date constantly and have to go on “dating cleanses” to gear up for another round; they said that going out on dates makes them value the pleasure of other company—specifically, their own. In short, they spoke with us about the challenges to finding a partner in this day and age, and the way that work has impacted their “single” status over the course of their careers.

One issue that Balestrieri has experienced both firsthand and in her professional experience is that some men are coping badly with the fact that women are now their equals in the workplace—and that frustration is manifest on the dating scene. “[Patients] talk about going out with men who lambast them for being feminists, but if they accept the man’s offer to buy dinner then they are labeled gold diggers,” she says.

Some men are coping badly with the fact that women are now their equals in the workplace—and that frustration is manifest on the dating scene.

If these are the kinds of tales that make a night alone on the couch look pretty good, they also illustrate a root cause of the dating struggle. “It seems that so many men are confused about the dating roles, and have a festering hostility toward women who are outshining or out achieving them,” Balestrieri says, before emphasizing that not all men fit that bill.

“The struggle with this is that, in the current state of hookup culture, women who are serious about creating a professional career do not want to feel like they are wasting their precious time, going on multiple dates or participating in back-and-forth text message banter with people that they’re trying to get to know,” Forshee says. When you’re trying to build an empire, who has the time?

Casual dating takes up a ton of time and energy.

That’s a consideration echoed by Violet*, a New York based writer who sees time that she spends pursuing one-off relationships as time she could have otherwise have dedicated to making professional headway. “Casual dating takes up a ton of time and energy,” says Violet, who asked to remain anonymous. (Publicly talking about your dating life is, unfortunately, something that could conceivably have detrimental impact on your dating life.)

Long-term, committed relationships take work too, of course, she says. But dating multiple people in an effort to find that long-term relationship requires a different level of effort. Think of it this way: It takes more energy to pedal a bike than to coast.

“When I’m more serious about dating, I get less done career-wise,” she adds. “The hope is that you find someone you’re compatible with and then you can get back into putting more effort into work, and less into courting.” For that reason, Violet says, during times when she’s trying to pour all her energy into her work, in lieu of a monogamous partner, a friends-with-benefits situation can work—the energy expenditure is lighter lift, leaving her more available to be productive in other pursuits.

But also, connecting with potential new partners over apps can be straight-up stressful, especially when it comes to expectations of frequency and intensity of text messaging.

“My first piece of advice is to not have any expectations of any man you are talking to that you just met.”

“To women who are going through this, my first piece of advice is to not have any expectations of any man you are talking to that you just met,” says Forshee. “Focus on your personal goals and your career. A man who comes along who is confident and secure with himself will support and appreciate you and your goals.”

Emily Holmes Hahn, the founder of the New York City-based matchmaking service LastFirst, has another piece of advice: Be realistic about the changes you might have to create in your own life—professional and otherwise—to create room for a relationship, if that’s what you want.

By the time you’re in your thirties, says Holmes Hahn, you most likely know who you are. That’s a good thing. But it can also mean that you’re more set in your ways and in your life. “You’ve got great friends, you’ve got activities you’re involved with, you’ve got your career—all this stuff that is making you happy, and a guy needs to fit into that, so you can continue with the life you’ve built. And that can be hard, because you can’t abandon all these things you love to do. But relationships do mean compromise.”

“People will say ‘I don’t want to settle’—and that’s great, you should never settle. But compromising is life.”

Holmes Hahn worries that people have started to think of compromise as a bad thing, which might be another reason that it’s harder to find a potential date preferable to, say, a night with Netflix where you get to make all your own choices, or even putting more effort into getting a promotion at work after-hours. “People will say ‘I don’t want to settle’—and that’s great, you should never settle. But compromising is life. It’s relationships. And I’m afraid those words have become synonymous.”

She also frets about the damage that dating apps has done to the way we organically connect with people. While it’s fair to say that there has always been an element of superficiality to dating, dating apps have changed the way we interact with what’s beneath the surface. What’s more is that we prioritize perceived compatibility—attributes of a person that seem like they fit with our own personalities and lives—rather than how someone makes us feel.

“People find themselves being with someone just because their career schedules are sympatico, or because they have similar interests—which is nice,” she says. “But in the ‘olden days’ of six years ago, before Tinder, people were actually meeting each other and seeing, ‘this person really makes me laugh’ or ‘we’re different religions or we have totally crazy schedules but we feel good together, and so I’m going to try and make this work.’”

Maria Molland Selby, the CEO of THINX, thinks that it’s not having a solid relationship and a demanding career that’s the challenge: It’s more finding a partner who is in step. “As I look back on my thirties, it’s not that I didn’t want a relationship,” says the now-married mom, who is 44. “It’s that I wasn’t willing to settle. And when you get two people who are really career-focused, that can create some problems, too.”

“It feels burdensome to, over and over, have my independence and success used against me.”

On top of everything else, it can also feel like the new way we search for a partner is more like ordering from a menu than seeing what the chef serves up—and that’s not necessarily making things easier. In summary, Holmes Hahn says: “You can’t rely on another person to make you happy so you work hard on building up your life and career. But you do need to be open to love, and, if the right person comes along, realize that might mean making certain changes to your life.”

But even if you’re willing… you still might find yourself waiting for the person who appreciates all that you’ve built before they showed up. Of her breakup with that recent beau, Balestrieri says, “The whole thing was heartbreaking, because we were so well-matched, but his shame and insecurities prevented him from being able to trust that someone could care about him.”

As they parted, he kept telling her that eventually he’d disappoint her, because she was too good for him; he also hinted that—because she was so great—most men would be disappointing. “I don’t know that I agree with that,” she added. “But certainly it feels burdensome to, over and over, have my independence and success used against me.” At least for now, she’s still waiting for a stronger suitor to come along. 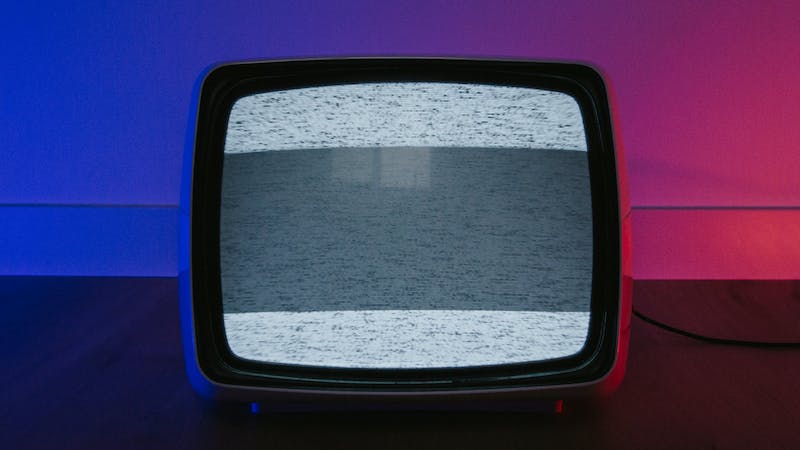 Life
10 Relationships In Pop Culture That Were Actually Toxic AF
These couples were definitely not as #goals as we thought at the time.
7 min read
Read More 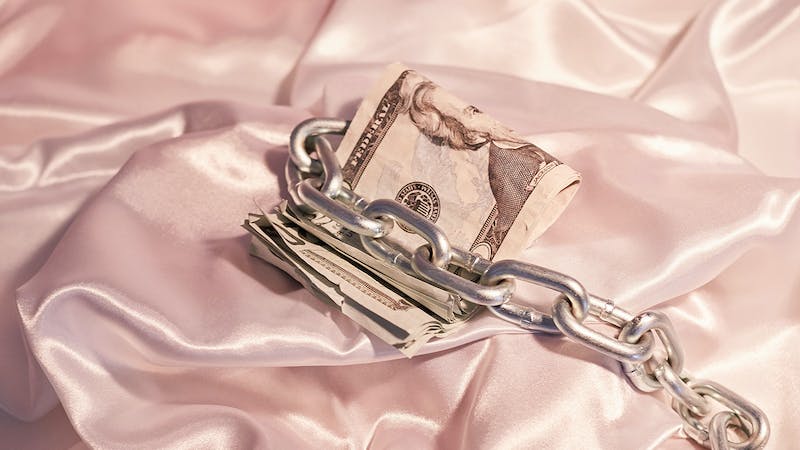 Life
Are We Thinking About “Financial Independence” All Wrong?
Perhaps my uncomfortable relationship with money isn’t about money at all.
9 min read
Read More
Sign up for our newsletter
We'll send you updates on our latest launches and more.