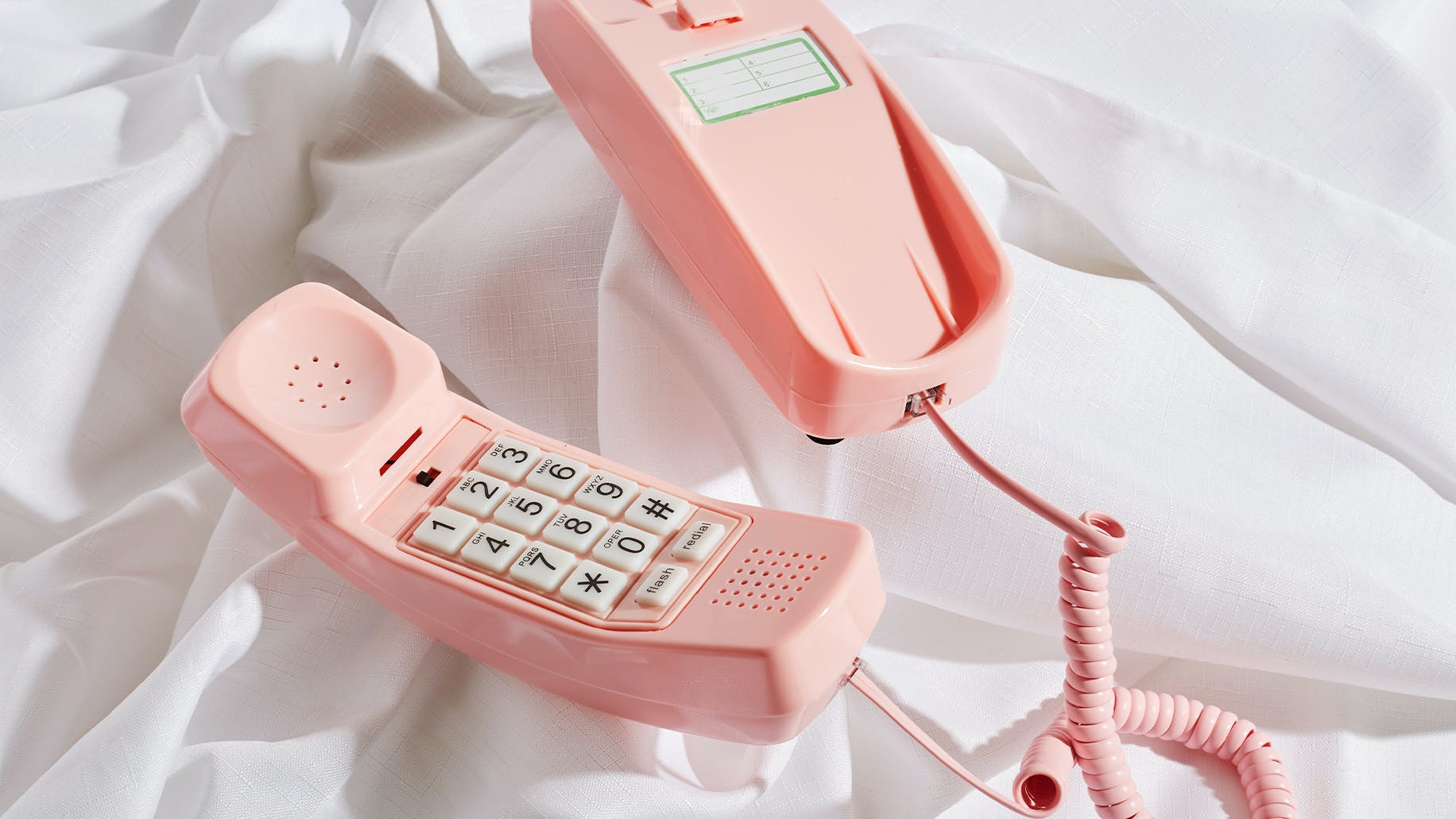 The (Lost) Art Of Communication: When To Emoji, Email, And Yes, Even Chat In Person

Tweets. Texts. Emojis. There are plenty of ways to talk, but has the art of actual communication been lost completely? Or has it merely been remixed and reimagined for our digital-obsessed, short-attention-span lifestyle?

While some of us are still longing for the days of handwritten letters sent through the mail and hours-long phone calls, most of us have become so accustomed to the fast pace of modern life that taking a step back is unfathomable. But whether it’s at work or at play, we have reason to consider improving how we relate to one another. According to a recent study, we’re living in the age of the loneliness epidemic, and young Americans in particular appear to be most vulnerable.

So how can we bring good communication skills back into our professional and personal lives? We’re recommending four ways to go old school and three ways to embrace digital modes of connection to get us all back on track.

The thank you note

“Saying thanks can improve somebody’s own happiness, and it can improve the well-being of another person as well—even more than we anticipate,” Amit Kumar, an assistant professor of marketing at the University of Texas at Austin’s McCombs School of Business, says in TIME. “If both parties are benefitting from this, I think that’s the type of action we should be pursuing more often in our everyday lives.”

When it comes to writing thank you notes at work, diversity and recruitment expert Cindy Burrell recommends using both email and snail mail, especially after an interview.

“I would advise writing an email thank you note to each of the people you meet,” she says. “But also send the personal, handwritten note when appropriate. It definitely enters in the interviewers’ minds about the person, especially if it’s come down to choosing between two people.” The sooner they see that email, the better, she says.

Pro tip: In general, your thank you note (whether mailed or emailed) should be polite, professional, and brief. Use the first paragraph to show your appreciation and enthusiasm. Get specific about what stuck with you and close with how you’d like to move forward—AKA your “call-to-action”—and be sure to include a polite closing (try “Best regards” or “Sincerely”) and your contact information. For some inspo, The Balance has some handy templates and tips.

Cheering up a friend (and yourself) with a card

Studies on gratitude like Kumar’s at UT Austin, among others, have confirmed that sending and receiving positive handwritten notes can boost life satisfaction and even improve creativity. For country-pop singer-songwriter and entrepreneur Jessie James Decker, sending cards to friends and family is a form of self-care. “Cards don’t just communicate—they create experiences,” she said at a recent Hallmark event. “They help us express emotion that keeps us connected. That connectedness keeps our most important relationships strong, and keeps us healthy, too—so we can continue to do even more for others.”

She also pointed out that a card can turn a simple “HBD” Facebook post into “I’m so glad you’re in my life,” or a “thinking of you” into “I’m with you every step of the way.” If your circle is full of people with hectic schedules, finding meaningful ways to stay in touch when you can’t spend quality time IRL is key.

Pro tip: Decker recommends hosting a card party with friends to help make card-writing more fun and interactive. Want to put even more caring out into the world? Initiatives like More Love Letters and Operation Gratitude allow us to send letters to strangers who might need a boost, too.

“There’s nothing that replaces face-to-face communication,” says Christie Lindor, a TEDx speaker, author, and noted workplace culture consultant. “It can happen virtually—and it does happen virtually. But I think once you meet in person there are certain nonverbal cues and other things that take place.” If something is complicated, has the potential for misunderstandings or misinterpretations, or if you simply value the relationship a little more, take it offline.

Pro tip: Lindor, a self-described introvert, suggests starting with a “safe” subject everyone can relate to in order to break the ice. For her, that might be something pop culture-related or perhaps noticing someone’s jewelry or clothing. She also recommends taking the time to prepare your message in advance—and to remember that nothing, including communication, will ever be perfect. Be patient with yourself and others.

Talking on the phone

Back in my day, talking on the phone with your girlfriends (and the occasional crush) after school was a thing. But seriously, my day wasn’t *that* long ago, though you might think so given how much our habits have changed since we unplugged from the wall and started texting instead. Still, that doesn’t mean that the human voice doesn’t still have value. In fact, think about the growing popularity of podcasts: we’re craving intimate human connection whether we want to admit it or not.

Pro tip: “It will be uncomfortable at first. People will get ornery when you call,” writer Devin Friedman recently advised in The New York Times. “Before long, you won’t need a reason. There will be a tacit understanding that you are two people seeking human connection, corporeal texture, and warmth, the way we like when cats and cows nuzzle each other on the internet.”

And here are three times digital communications can be most useful:

Emojis can be inclusive and maybe even break cultural barriers

Do you feel more confident communicating your emotions in emoji rather than words? You’re not alone. A survey by TalkTalk Mobile revealed that 72 percent of 18 to 25-year-olds said they found it easier to put their feelings across in emoji icons than in text. Some scholars even believe that emoji is the fastest-growing language based on its high adoption rate. “As a visual language emoji has already far eclipsed hieroglyphics, its ancient Egyptian precursor which took centuries to develop,” Professor Vyv Evans of Bangor University told BBC Newsbeat.

Pro tip: Google recently announced the release of gender neutral emojis and Apple added 59 new emojis that reflect various disability experiences, both of which is contribute to a more inclusive digital experience. But keep in mind: many of those over 40 still find emojis confusing, according to the same TalkTalkMobile survey. When in doubt, consider sticking to emoji for close friends and colleagues only.

Despite ongoing security and privacy concerns, there’s something to be said for modern tools that allow us to connect in real-time, for free—especially when we’re traveling internationally or in times of crisis. WhatsApp, the popular messaging app used by 1.5 billion users worldwide, has just released a desktop version, and it’s considered a safe tool to use even to report sensitive information because of its end-to-end encryption. Likewise, Facebook and Twitter have been used to help people let family and friends know when they’re safe after a natural or man-made disaster—and to call for help when needed.

Pro tip: Consider which apps and tools work best for you and your friends and family—and stay current on updates for maximum security. While Instagram might allow you to share quick updates and snapshots, another app like Zoom or FaceTime could provide something more akin to a real conversation.

Make the most of your emails and email signatures

Nora Ephron once said of falling in love with email, “It’s like one of those ex-husbands that you think, ‘What was I thinking?’” But email remains a staple of business communication today—and for good reason. With increasingly clever features like AI-informed smart replies and Gmail’s nudges to remind you when you haven’t yet heard back on something important, it’s easier than ever to send out and track a piece of mail electronically. Want more beauty and art in your outbox? Paperless Post has a number of eclectic (and free!) templates for email invitations, notes, and flyers that can be sent and received through email.

“Find a way to strike the right balance between being breezy and conversational and also being respectful and succinct,” says Pamela Donnelly, an education expert, author and founder of the GATE College System. “Time is the most valuable thing in everyone’s life. We all get a finite amount of it and wasting people’s time with long sentences is probably one of the biggest problems I see out there.” As a former English teacher, she also advises reading and re-reading your emails before sending them, checking for grammar, punctuation, spelling, and syntax.

Pro tip: “Make good use of the real estate at the bottom of your email,” adds Donnelly. What’s the best way to do so? She says it’s a good idea to include a high-quality headshot or photo in addition to all of your contact details in case someone wants to get back in touch. “Sometimes I’ve seen it be really effective when people include a favorite quote. It adds personality it builds a connection. So much of business is transactional and one part of the art of being effective in business is finding that which can be relational even within the transaction.” 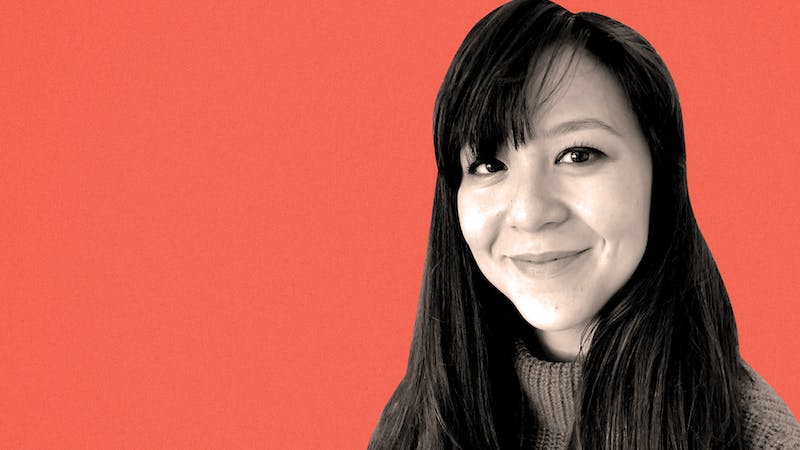 Work
An Introvert’s Guide To Turning Internet Friends Into IRL Ones
“I’d been using the introvert label as an excuse to hide from the world.”
11 min read
Read More 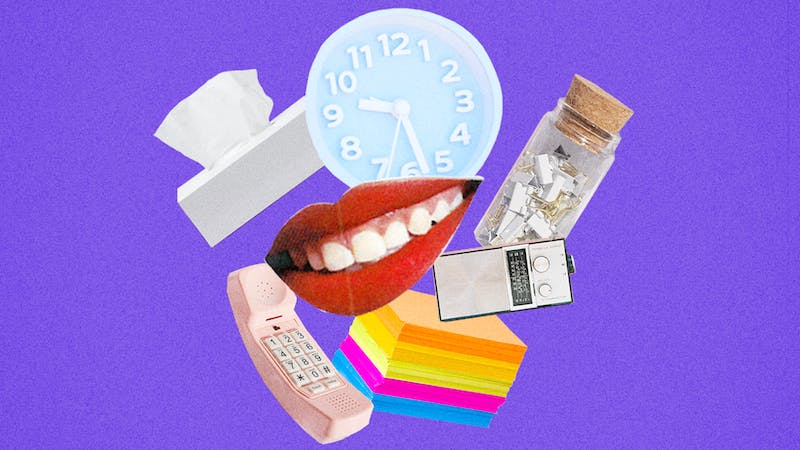 Work
These Office Etiquette Rules Will Help You Crush It At Your First Job
Because your new desk is not the place to conduct your next Instagram live event.
8 min read
Read More
Sign up for our newsletter
We'll send you updates on our latest launches and more.