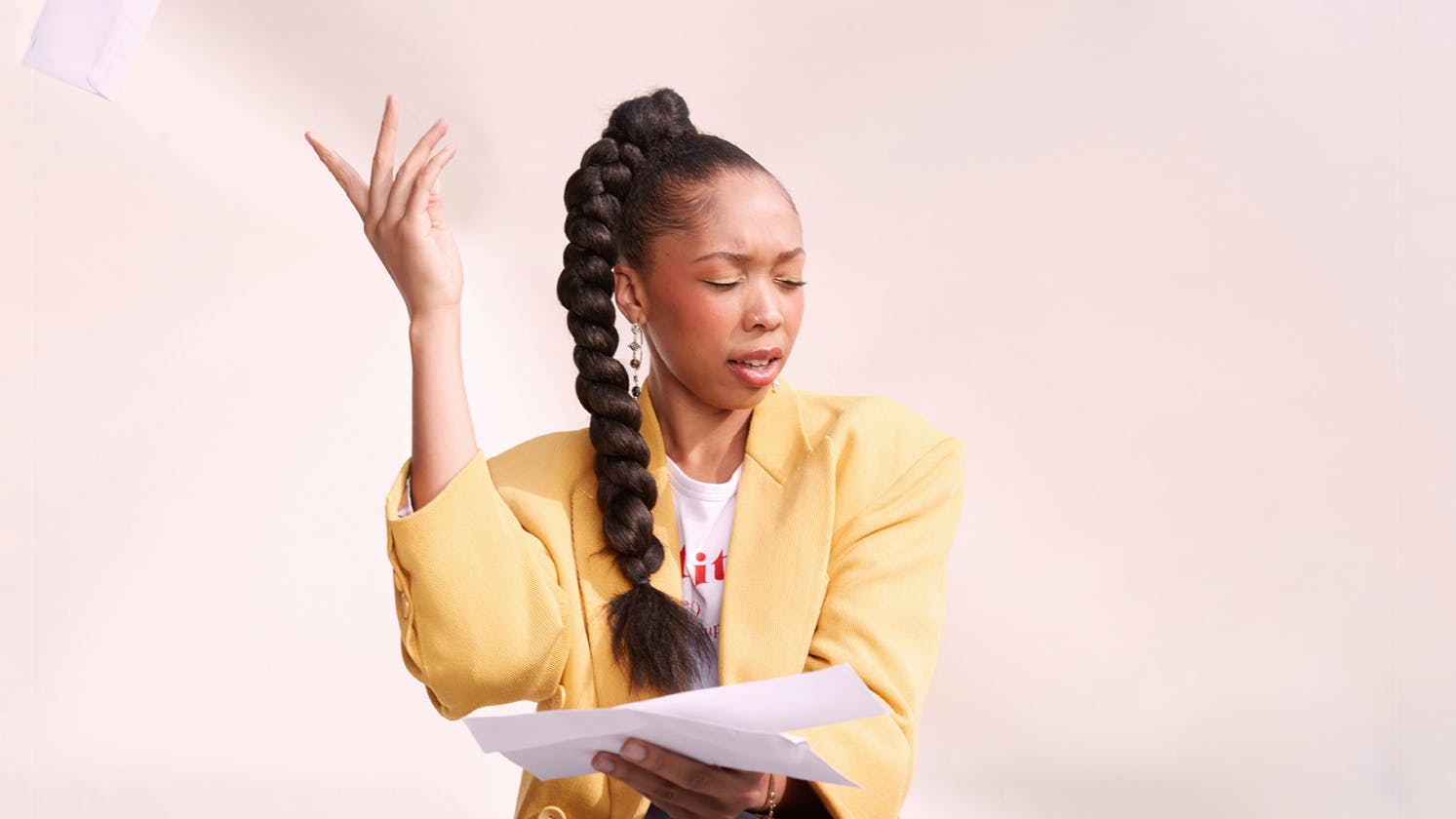 I graduated high school in 2006 when going to college was the nextlogical step. “If you don’t get your college education, you won’t find a job!”

So, my quest began. Financially, I had no idea what I was getting myself into. I can tell you with full confidence that when I fell in love with the private school I wanted to attend, and my parents told me tuition was upwards of $35,000 a year (not including housing), I had no idea what that meant. But, with my consent, my parents co-signed for a heinous chunk (a little over $120,000) of federal and private loans so I could go to the school I loved. I packed my posters, notebooks, and Ikea pillows, blissfully unawareof what lied ahead. And on I went to college—binding myself deeper and deeper into a financial trap.

I’m not exactly sure why I was allowed to blindly launch myself into that much debt at such a young age. At18, I couldn’t hang out in a strip mall without adult supervision. I couldn’t buy a cigarette or rent a car. I spent the remainder of my graduation money on a pair of UGG boots because my brain probably wasn’t fully developed (18-year-olds shouldn’t be making decisions about money!)

When I graduated college, I landed a job at an ad agency, made $32,000, and ignored my debt. I remember getting a phone call once a year when they were due. I took the call in my work parking lot and—unaware of the storm of interest billowing—put them on forbearance. I didn’t have the money to support the $400 payments. I was barely making enough money to pay my rent and couldn’t imagine another payment on top of my monthly bills.

It took me until I was 27 years old to realize my fate. I’m embarrassed to say it took that long. Interest rates had turned my loans into a pile of debt I couldn’t see past. I was in a serious relationship, making more money at my job, and passionate about investing in my future. So, I refinanced all of my loans and committed to paying $800 a month, ready to take charge of my fate.

At 31, I pay $1,200 a month for my loans, the cost of a mortgage. And there’s only a small light in the tunnel. If everything works out, I will be paying this until I’m 45. Paying for a wedding weighs on the money I haven’t saved, I worry about being able to afford family in the future, and I still struggle to save for a home. I wish I could work for a nonprofit or start my own business, instead of a corporate job that pays a lot better. But I don’t have a choice. I can’t afford to begin that life I want quite yet. My debt has become a part of who I am.

This is the story for 44.2 million Americans, the shadow of piling doubt and debt looming above so many.

“This is the story for 44.2 million Americans, the shadow of piling doubt and debt looming above so many.”

The United States has a collective1.5 trillion dollars in student loan debt, the second largest category of consumer debt in the US, eclipsing everything else except mortgages. Women hold most of this debt. On average, this exceeds credit card payments, auto loan payments, and continues to be a ballooning sector of debt across the entire nation.

44.2 million Americanshold student debt, at an average of just over $37,000 a year for students graduating. Most Americans with this debt deal with monthly payments that match luxury cars, nearly $350, andtuition is skyrocketing.To put the growing debt into perspective, back in the 1970s, theaverage cost of tuitionwas $428. If that was adjusted for inflation today, that would be about $2,500 of a semester’s worth. Instead, the average cost is about $9,000 per semester.

People are making massive decisions about their life because of their student loan debt, causing extreme blocks in the millennial generation contributing to our economy.90 percent of all student loansare held by the federal government, proposing an important and crucial question we aren’t talking about enough.

What would happen if *poof* all of the student debt in the US went away?

A team of economists, Scott Fullwiler, Catherine Ruetschlin, Marshall Steinbaum,and Dr. Stephanie Kelton—professor of Public Policy and Economics at Stony Brook University—did some research to answer this question last year. Their findings within“The Macroeconomic Effects of Student Debt Cancellation” covered what would happen economicallyif the federal government cancelled the 1.5 trillion (1.41 trillion at the time of the report) of student loan debt.

Theoretically, this would look like a one-time policy where the federal government would cancel the loans it holds directly and take over financing of privately owned loans. Of course, if people are relieved of their debt this way, they would do other things with the money: Buy consumer goods and services and become customers for businesses. Businesses, in turn, will need to hire more and small businesses will flourish. When people have the money to spend, they stimulate the economy, more jobs grow, andnothing bad happens.It’s simple.

The thing is, it doesn’t seem simple to many.A lot of people worry about increasing thefederal deficit,butresearch saysa program like this won’t affect it too much.The researchers’ model posits that cancelling student loan debt won’t cause an astronomical amount of inflation. To be specific, there would be a very modest uptick as a result, perhaps 1.8-1.9 percent. In fact, the policy of debt cancellation could boost the GDP by an average of $86 billion to $106 billion per year.

If you did a side by side comparison of theGOP tax cutvs cancelling student loan debt, cancelling student loan debt actually gives you better bang for your buck and twice the economic stimulation.TheTax Cuts and Jobs ActTrump signed will increase the deficit by $1 trillion over the next 10 years according to theJoint Committee on Taxation, andthe Republican tax cuts recently went to the people who are arguablyleast likelyto spend back into the economy.

The term “federal deficit” has been yielded as a political tool

The federal government does not need to collect money from the rest of us to spend money. So, if someone wanted to come along and void student loan debt, they could do that.

In theirresearch,this group of economists said that if we cancel the $1.3 trillion in student loan debt, a few positive spillover effects would happen. For one, 1.2 to 1.5 million new jobs appear that wouldn’t have been thereotherwise.In real GDP terms, that would create another trillion dollars over ten years. Also, there would be no significant increase in deficit or inflation relative to the GDP.

Eliminating student debt could reduce the average unemployment rate by 0.22 to 0.36 percentage points over a10-year forecast. Nominal interest rates would rise modestly and the net budgetary effect for the federal government would have a likely increase in the deficit-to-GDP ratio of 0.65 to 0.75 percentage points per year—another modest increase. Essentially, the cancellation could create better economic opportunities foreveryone, even those that don’t benefit directly with the cancellation of their student loans.

There’s a moral and ethical argument around this as well. What about the dubious behaviors of colleges getting 17-year-olds to make decisions about huge sums of money?

And ethics aside, there are options beyond voiding all debt out there. For example, a strategy behind creating initiatives like thePublic Service Loan Forgivenessprogram (PSLF) has been pushed as an initiative. Sen. Elizabeth Warren’s2014 planto tax millionaires and use that money to help people refinance their student loans never made it out of Congress, but there’s always more we can do. There’s moreour politicians—accountable to us—can do.

In our previous midterm election, a few Democrats pitched for loan forgiveness across the board, while some others looked for more transparency from lenders or to help students refinance their loans. Some Republicans expressed candidly that college should be more affordable and transparent, too.

Conor Lamb is the Democratic member of the House for Pennsylvania’s 17th district. He strongly supports programs that allow people to refinance their loans and help public service employees pay back their loans to get out of their impending debt traps. His reasoning? Toomany people are already stuck with interest payments they can’t afford at a time when they should be buying houses, saving their money, and becoming financially independent.

Eric Swalwellais the Democratic member of the House re-elected in California’s 15th district. He’s been the co-sponsor of many bills to increase transparency for students regarding student loans and calls student debt a “crushing burden” for Americans.

Mary Gay Scanlonwas elected as a Democratic member of the House in Pennsylvania’s 5th district. It’s quoted on her website, “We must lower student loan interest rates, reinstate measures to crack down on predatory lending and debt collection that the Trump administration has undermined, and provide relief to graduates with crippling debt.”

Jimmy Gomezis another Democratic member of the House in California’s 34th district. He supports debt-free education at public schools.He has stated that he is specifically committed to protecting funding for community colleges, vocational education, universities, public schools (this includes libraries and museums, thank goodness).

Alexandria Ocasio-Cortezis a Democratic member of the House in New York’s 14th district. She proposed the cancellation ofallstudent debt on a federal level, quoted saying: “If we had a bailout for Wallstreet, why don’t we have a bailout for Main Street?”

Ilhan Omaris the Democratic member of the House in Minnesota’s 5th district. She, like Ocasio-Cortez, wants to cancel all existing student loan debtand “guarantee tuition-free and debt-free two- and four-year public colleges and universities.”

There are certainly ways to avoid the type of student debt burdenthat I’m going through.My advice? Start your degree at an inexpensive community college, or seek federal grants (instead of private loans), or supplement your learning with online courses instead of dropping $150-180K on an elite four-year degree (plus grad school after that), to list a few.

No matter what, the debt we take on to get an education hangs a dark cloud over many of us, no matter the route taken. Millennials are being buriedin financial situations they didn’t expect to deal with throughout their entire lives. It’s time to create ambitious policies. It’s time to start talking about what student loan reform means for our economy and how we can help the people younger than ourselves.Where do we want to be in 100 years?

If student loan reform is near and dear to your heart,vote. Stay politically active and stay loud. Change is always possible, you just need to demand it. 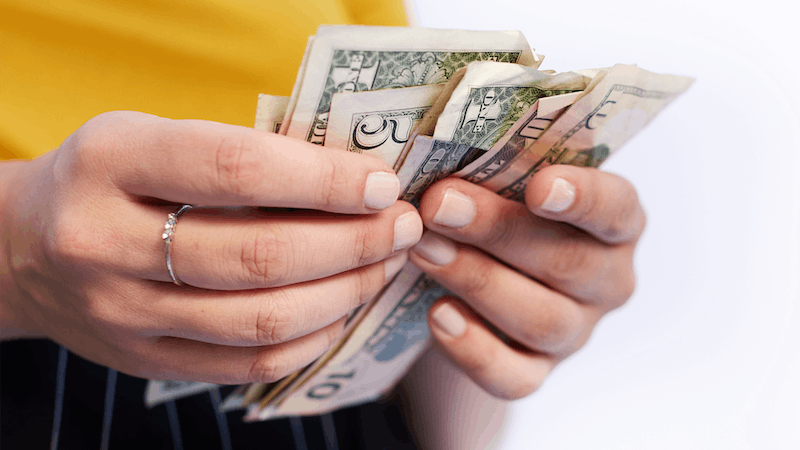 Money
7 Women Who Increased Their Salary Share Exactly How They Did It
Start with plotting your sharpest negotiation tactics.
16 min read
Read More 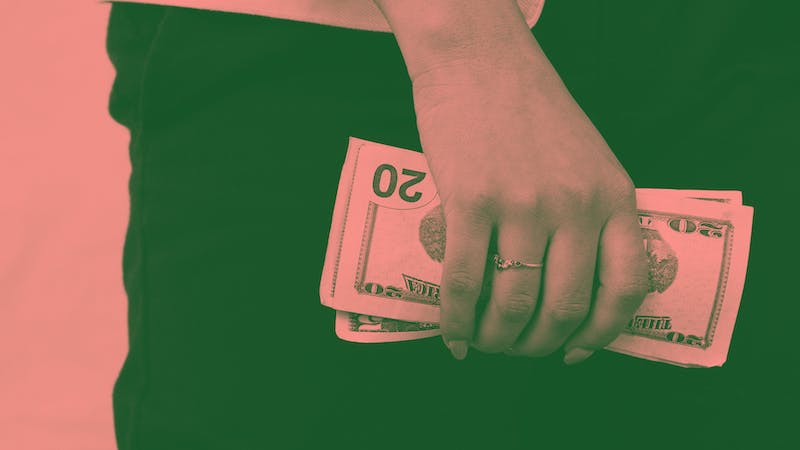 Money
Do Your Friends Make More Money Than You? Here’s How To Deal
Honesty and planning ahead helps. (And don’t knock championing your love of 40s).
7 min read
Read More
Sign up for our newsletter
We'll send you updates on our latest launches and more.