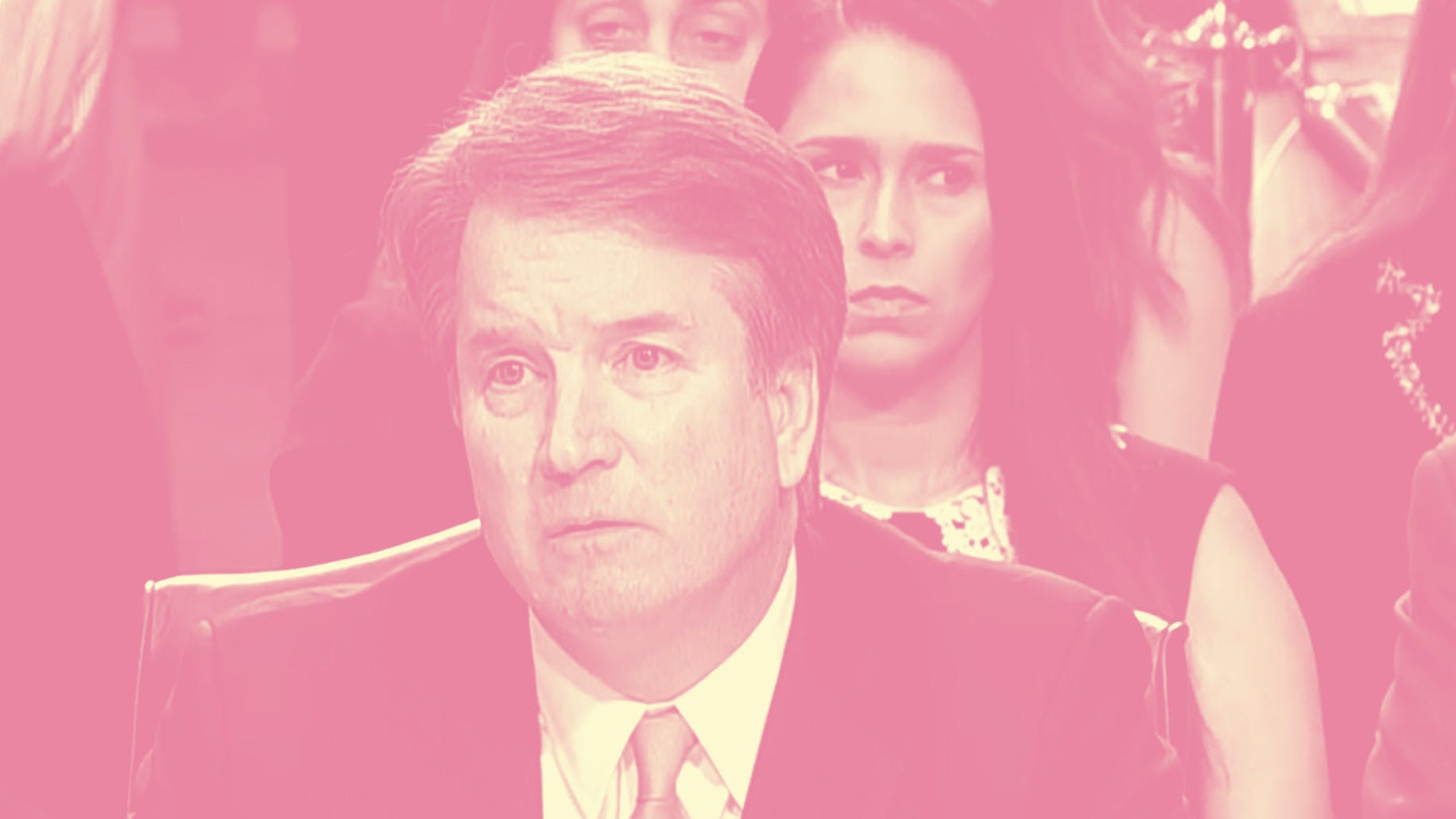 The #MeToo Litmus Test We Should All Be Afraid To Fail

President Donald Trump recently did a very Trumpian, unpresidential thing, and weighed in on how unfortunate it is that Brett Kavanaugh is the subject of a sexual assault allegation. “I feel so badly for him that he’s going through this, to be honest with you,” Trump said. “This is not a man that deserves that.” The insinuation, of course, is that the accusation against Kavanaugh is unfounded—and that Christine Blasey Ford, the woman accusing him, isn’t credible.

Not that this attitude is especially surprising: Trump has a track record of dismissing women—or at least, only taking them seriously . To that end, he took to Twitter the same week to double down on his stance. “I have no doubt that, if the attack on Dr. Ford was as bad as she says, charges would have been immediately filed with local Law Enforcement Authorities by either her or her loving parents,” he  As though there isn’t ample, easily Google-able evidence that sexual assault is routinely under-reported for countless reasons—chief among them? That the victim won’t be believed.

Nearly as chilling as the fact that the leader of the free world is so careless about the quest for the truth is that he’s in substantial company among many Americans who still harbor beliefs that false accusations are common. For example: A Pew Research study from April of this year showed that think that false accusations of sexual harassment are a “major problem” in the workplace. With statistics like that, it’s no wonder why so many survivors elect not to come forward. When you’re worried about being believed, speaking out is a decision that’s also an equation: How much will sharing my story cost me?

The past week has put a fine point on that question, after a decades-old allegation against Supreme Court nominee Brett M. Kavanaugh burst into the headlines. On September 16, The Washington Post that Blasey Ford is the author of a letter sent to Senator Dianne Feinstein, the ranking Democrat on the Judiciary Committee, earlier this summer. Feinstein chose to keep the letter under wraps, in an effort to allow its author to remain in control of her own story; in it, Blasey Ford alleges that Kavanaugh sexually assaulted her more than 30 years ago, when they were both high school students in suburban Maryland.

That this story is surfacing at a moment where the rules of response tosexual assaultare being rewritten in real time is fitting. Against the backdrop of the #MeToo Movement—and the powerful, influential men who have been toppled by women who weighed the costs of speaking out and and went for it—the treatment of Blasey Ford’s allegations might be seen in some ways as a barometer for how we’ve progressed as a culture. Will she be treated with humanity, respect, and seriousness? Or picked apart in the public eye?

Now 51, Blasey Ford is a research psychologist in Northern California. But at the time of the alleged incident, which she believes took place in the summer of 1982, she was around 15, and remembers being at a house party in a location she cannot recall when Kavanaugh and another boy followed her into a room, pinned her to the bed, groped her, tried to remove her clothes, and covered her mouth to keep her from screaming. She believes both boys were drunk.

Blasey Ford says she escaped, but the trauma from the incident was longstanding. “I think it derailed me substantially for four or five years,” she told the Post, adding that she struggled academically, socially, and with men after that. “I was very ill-equipped to forge those kinds of relationships.” She didn’t tell anyone about the alleged incident until 2012, when she was in therapy with her husband, a fact confirmed by her therapist’s notes. That her story became public was entirely unintended. After receiving the original letter, Feinstein sent it to the White House, with Blasey Ford’s name redacted, to be added to Kavanaugh’s background file. The White House then shared it with all members of the Judiciary Committee.

By then, Blasey Ford was beginning to question her ability to remain anonymous. A Buzzfeed reporter had visited her home, while another reporter contacted her colleagues. Ultimately, she chose to step forward publicly—but that the letter would be traced to her either way. She’s paid dearly for that already, not only with her privacy: Blasey Ford has already received a flood of death threats and been targeted by vicious harassment. She’s had her email hacked and her identity impersonated. Along with her family, she’s left her residence for reasons of personal safety.

“These are all the ills I was trying to avoid,” she said earlier this week. “Now I feel like my civic responsibility is outweighing my anguish and terror about responsibility.” Blasey Ford—who has said that —is committed to telling her story. As for Kavanaugh, he . “This is a completely false allegation,” he said in a statement, adding that he had “no idea who was making the accusation until she identified herself yesterday.” Perhaps not. But according to Blasey Ford: She has never forgotten him.

Kavanaugh has also said that he is willing to speak to the Judiciary Committee in any format they “deem appropriate” to refute the claim and “defend [his] integrity.” At the same time, the political establishment—including, —is more willing to hear her out than it has been in the past. “This woman should not be insulted and she should not be ignored,” Conway said earlier this week, perhaps pointedly responding to an Donald Trump Jr. shared this week.

Clearly, the tone from lawmakers—particularly the ones who have the most to lose by taking the allegations seriously—has shifted considerably since the last time a woman spoke up against a Supreme Court nominee, more than 25 years before the #MeToo movement came onto the scene. That woman was, of course, Anita Hill, whose testimony before the Supreme Court during the hearings of Clarence Thomas have calcified into . As a young woman, Hill was employed as an assistant to Thomas at the Department of Education and the EEOC. During that time, according to Hill’s account, he repeatedly asked her out and steered the conversation toward sexual subjects at work.

“I did what my conscience told me to do, and you can’t fail if you do that,” Anita Hill said

When Thomas was nominated to the Supreme Court, Hill made a calculation strikingly similar to the one Blasey Ford made earlier this year. “I did what my conscience told me to do, and you can’t fail if you do that,” Hill has said of her decision to testify. But as a result, Hill was treated to a character assassination and professional opportunity penalties, not to mention public ire. Four women who supported her testimony were never heard, and Hill was forced to recount in detail some of Thomas’ lewdest commentary. Like Blasey Ford, she took, and passed, a polygraph that confirmed her allegations. Thomas was confirmed anyway, and still sits on the Supreme Court today.

In the case of Kavanaugh, government officials seem at least cognizant of the fact that a hearings process that wades into the same pratfalls as Thomas’ could stoke anger among the and continue to undermine an already undermined faith in the current political establishment. How the Senate behaves in the days ahead could give us an indication of how seriously women’s experiences are being taken these days.

If Blasey Ford’s account casts doubt on Kavanaugh’s character, will Republicans be willing to relinquish their hopes for Kavanaugh in exchange for their own trustworthiness among women? Confirming him would tilt the Supreme Court rightward—a goal conservatives have been working on for decades. At the same time, flubbing the handling of Blasey Ford’s testimony could backfire in the upcoming midterms. As one pollster The Atlantic: “It just feels like it’s more fuel for the fire.” The only thing that seems certain in the entire situation is that Blasey Ford believes it was worth lighting the match. 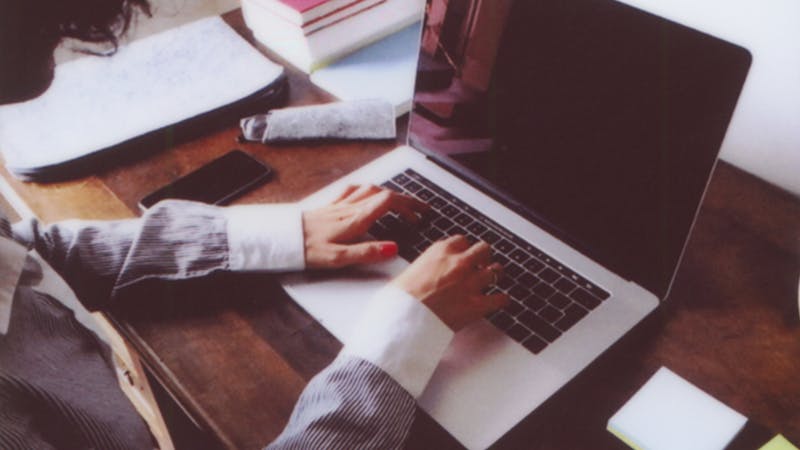 Identity
What Relentless Online Harassment Taught One Public Figure About Sexism
While examples of the level of trolling aimed at author Clementine Ford may be quite triggering to some (be warned), they’re far from unique. And they need to be spoken about, if we’re to really change things.
8 min read
Read More 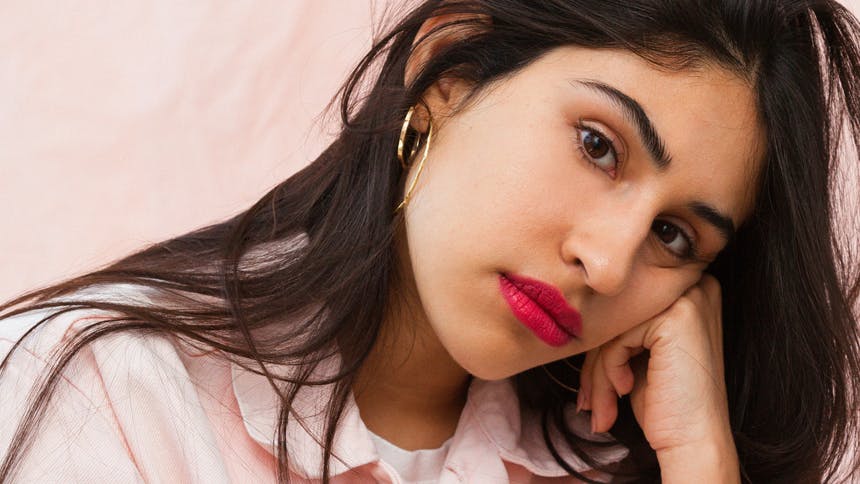 Identity
3 Ways To Take Care Of Yourself After Reporting Sexual Harassment
You are not alone, and you deserve to be heard.
5 min read
Read More
Sign up for our newsletter
We'll send you updates on our latest launches and more.