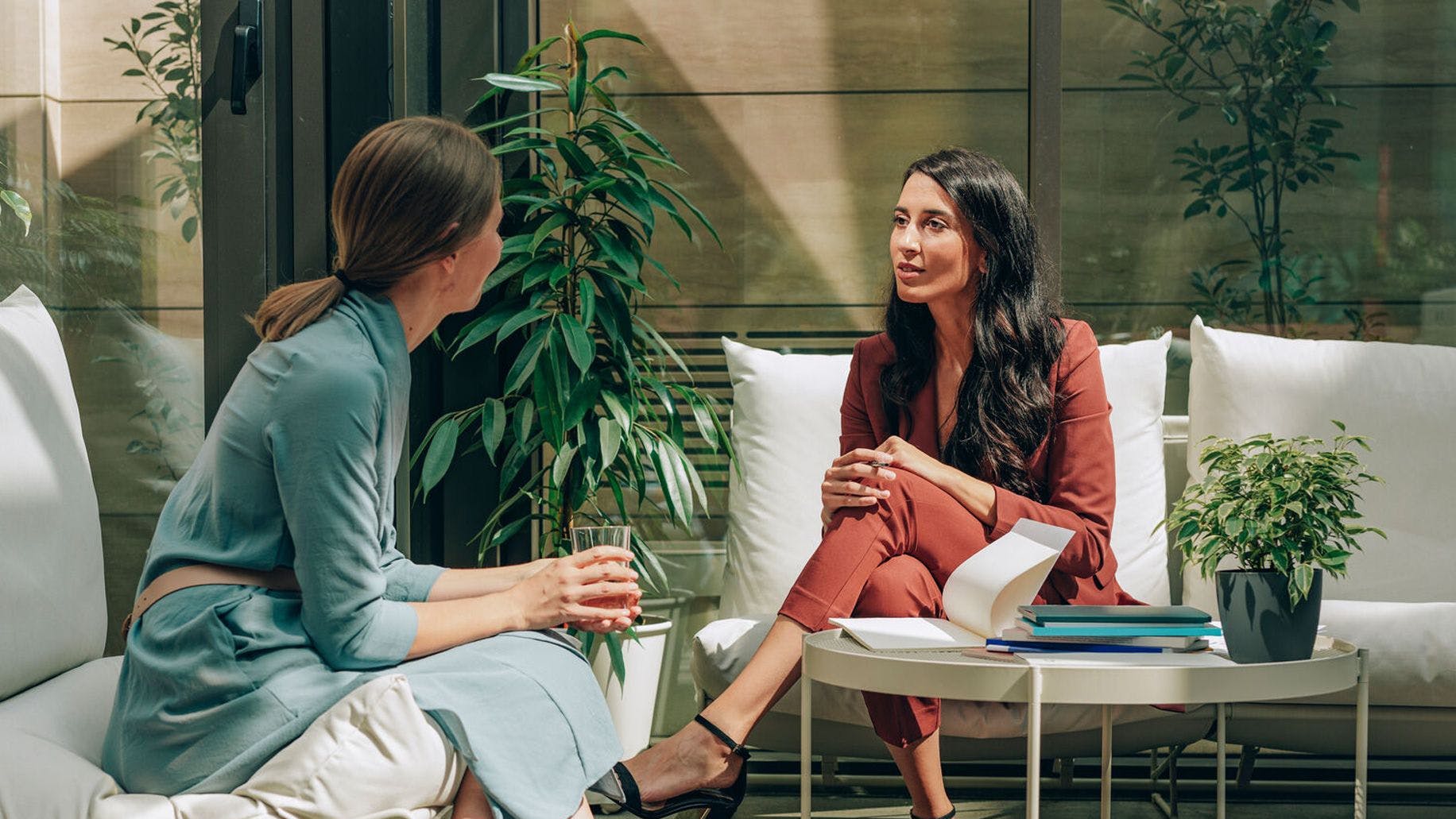 “I love when somebody tells me, ‘No.’ I see it as the start of a discussion.”

Those words might sound like they’re straight from the mouth of Alicia Silverstone as she argues her way out of a D in Clueless. But actually, they’ve just been uttered by Alexandra Carter, a Clinical Professor of Law at Columbia Law School and the author of the forthcoming book Ask for More: 10 Questions to Negotiate Anything.

Carter, who also happens to be a negotiation trainer for the United Nations (no big deal), has agreed to walk me through the nuances of negotiating everything from job offers to seemingly impossible raises—and how each of these situations plays out differently for women than men.

But as quickly as she agrees to walk me through how women can get better at asking for more, she warns me that’s she’s less interested in the dollar amount than she is in the dialogue.

“I think a lot of people have a different definition of negotiation than I do,” Carter tells me. “A lot of times, people think that negotiation is a back-and-forth with another person over money. I see negotiation as any conversation in which you’re steering a relationship.”

Here a few ways that a UN negotiation expert would like you to approach the art of the steer.

Negotiating a Job Offer—Even in Times of Uncertainty

After you’ve spent weeks navigating the hiring process, you’re exhausted, not to mention eager to start a new phase of your career. So it’s unsurprising that negotiating a job offer often feels like a hassle more than an opportunity.

But according to Carter, by the time you get to an offer, your negotiation is already well underway—and if you’ve done it right, you’ve already laid the groundwork for a successful ask.

“You don’t want to start your negotiation at the point where you’re talking about money,” she says. “You want to be steering that relationship and teaching people how to value you and recognize your expertise from the moment of first contact.”

That includes the job interview process, but it also applies to how you counter. Carter recommends that in addition to responding with your desired salary, you focus on the ways you’ll bring value to the company.

And if they can’t, or won’t, meet you at your ask?

“Then you can find out what it is you’re up against,” says Carter, “If it’s a concern about experience, you can find a way to frame your experience in a way that will give you the best possible shot at the number. If the concern is that they really have hit the max on the money, then a great question to ask is: ‘What else can we put on the table to get this done?’”

Last year, I negotiated the best offer I’d ever received from a new company—even though I didn’t get the salary I’d countered with. Because they couldn’t meet my number, I negotiated a slightly lower salary increase but with added stock options and an extra week’s worth of paid time off. If you break down what the paid days alone are worth, I wound up with more value than my original ask.

Carter laughs when I tell her that it had never occurred to me to get flexible about what I asked for and agrees it’s an underused approach.

“When women have asked, ‘What else can we do to get there?,’ I’ve heard all sorts of things in response: extra vacation days, a guaranteed raise the following year, different stipends for different things, mentorship….”

Negotiating other benefits might be your best bet when you know the company is maxed out on salary but has other resources it can pull from. Consider what might make a new role better for you beyond money. It could be an extra day working from home—especially as we all transition back into offices in a few months—or regular professional development opportunities. I once asked a company to cover a coworking space desk (I work remotely), so I didn’t have to spend all week in my living room.

Added bonus: it shows them how creative you can be with problem-solving.

We often put off asking for a raise for longer than we should thanks to common fears both real and imagined. No one wants to hear the words, “Absolutely not.”

But once you start thinking of negotiating as conversation, the possibility of not getting what you want—yet—isn’t as intimidating. In fact, Carter doesn’t believe it’s ever black-and-white.

“I would never hear ‘No’ and slink out of the office. Because let me assure you, men do not see it as the end of the conversation.” says Carter. “That, for them, is just the opening offer. I want to encourage and empower women to think of it the same way.”

Carter suggests that you walk in with a clear idea of your goals including where you want to end up at the company. If they can’t meet your ask, use those end results to frame the next part of the conversation.

“When you’re clear with yourself on what the problems are that you’re trying to solve, what you really need and what that looks like,” she says, “you can then go in and say: ‘Here is my goal for this company. I see myself eventually going here or going there. How else can we work together to get me there?’”

A Caveat: If You Know You’re Underpaid

Equal Pay Day exists because women regularly get paid less than their male colleagues for the same amount of work. What if that’s you?

“This is tricky because sometimes you’ve received information [about salary inequality] from a friend or colleague who doesn’t want to be outed,” says Carter. “So it’s up to each woman to decide how specific she wants to be about the reason she knows she’s underpaid.”

Before confronting your company, Carter suggests doing research on the market, so you can include those numbers in the conversation as well. Then, in the discussion, put it on the company to start coming up with solutions. “I would focus on saying ‘Here’s where I should be. How do we get me there?’”

But she also warns that you should consider your end goal carefully. You’re now aware that your company (likely knowingly) has been underpaying you while paying a male colleague better. Consider whether you want to stay knowing that or whether it’s time to start looking elsewhere. You could put your new negotiation skills to work during a job offer instead.

Negotiating Pretty Much Anything

In the end, Carter’s process for negotiating looks about the same however you use it. So yes, you can use this on your partner to get out of doing the dishes—just maybe don’t tell them we told you that.

Every. Damn. Time. Research the market but also the company itself. The better prepared you are, the better your conversation will go.

Keep Your Destination in Mind

“Make transparent for them what your goals are and invite them to participate and help you,” says Carter. The clearer your goals, the better equipped you’ll be to handle whatever they say.

There’s a reason why Carter’s book is called Ask for More: 10 Questions to Negotiate Anything. “A lot of times, I find that the people who ask the best questions are the people who get the best results,” she says. Don’t ask questions that only require a yes or no answer (also known as “closed” questions). Carter recommends instead using questions that start with “What” or “How”, e.g. “What can we do instead to get there?”

“A lot of times, women are walking a tightrope,” says Carter “If all we talk about is the collective, the ‘we’, we run the risk of not looking like a leader. If all we do is come in and say ‘I did/I want’, we run the risk of being labeled as overly aggressive. It’s unfair, but this is what exists.”

Instead, Carter encourages women to use the I/We format, which looks like this: Here’s what I’m asking for, here’s what I’ve achieved, and here is how we all benefit.

This approach shows them that you value others on your team (and the company itself) but also value yourself.

“My attitude is that I am always, tactfully, going to ask,” says Carter.

Yes, even if you’re currently unemployed and desperate to get back to work. And even if the initial salary offer is better than you ever saw coming.

Carter experienced this personally once. The offer was thousands of dollars more than the high end of her salary range. She called a mentor for help. “I said ‘I’m not sure what to do. He came in above.’ And she said, ‘I know what you’re going to do. You’re going to ask for more. Because when you teach them how to value you, you teach them how to value all of us. So if you’re not going to go in to do it for yourself, do it for the sisterhood.’” 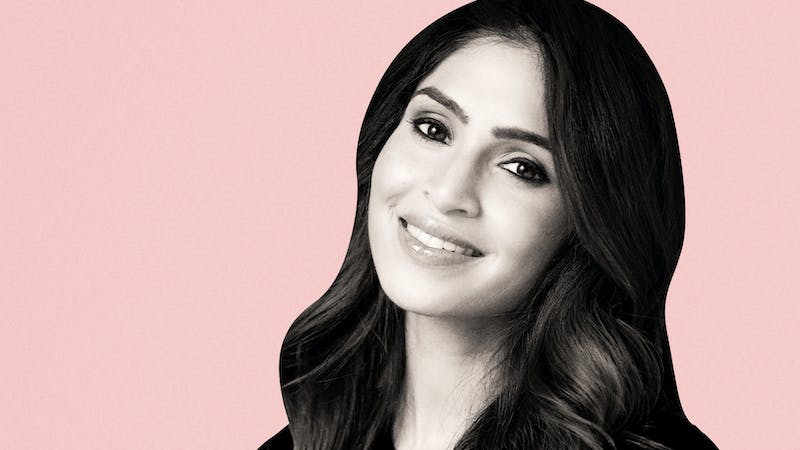 Money
How To Recover From A Career Setback, According To The Founder Of ClassPass
Payal Kadakia gets real about creating two prior versions of ClassPass before landing on the successful company it is today. Plus, she touches on finding authentic mentorship, being honest with investors about your story, and so much more.
5 min read
Read More 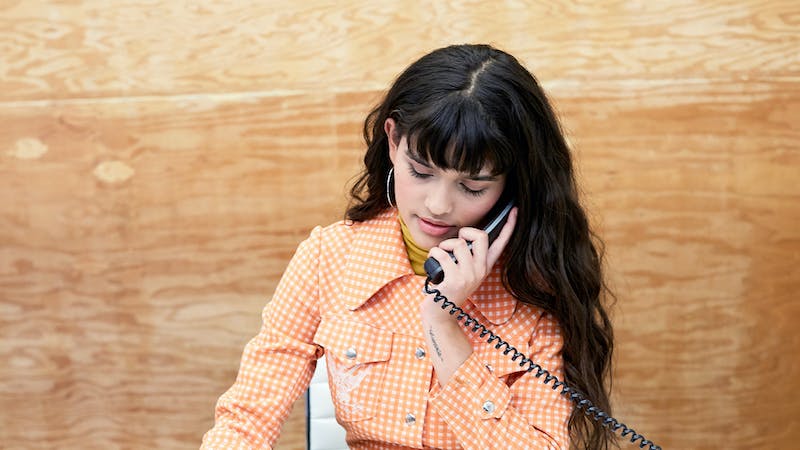 Money
5 Managers On What Makes Someone An Instant Hire
Standout job candidates do these things before, during, and after an interview.
9 min read
Read More
Sign up for our newsletter
We'll send you updates on our latest launches and more.