A Call To Embrace Our “Ugliness”

I was at a packed bar around 10 p.m. a few years back, gently nudging my way to the bathroom. My eyes unintentionally found those of the young man who was next in my way. His widened, as if genuinely startled. His gaping mouth quickly turned down as if he was going to be sick. It was a make-believe mockery of sickness, as if simply witnessing someone as repugnant as I—after dark, in a bar where people hook up no less—induced sudden chunks of freshly digested kabob in his throat. He mumbled something about “freak” and “ugly” and “frizzy” and I smiled and pushed through. While it would be insulting and unfair for anyone, the first thought that struck me as I peed was: “I’m unconventional of center, but arguably attractive. What would he have said, or done, if I was even less so?”

That’s just one of countless interactions I’ve had with men (and to a lesser extent, women) in my life who have made it obvious to me that beauty and what society deems “ugliness” are highly subjective constructs, completely dependent on context. And yet, they continue to separate, sort, and oppress us. Even as feminism becomes more intersectional. Even as we celebrate our different bodies, our faces seem to be another matter. That’s a gap we haven’t quite had the nerve to jump. Perhaps because the beauty bias lens is placed over our eyes from such a young age, we never even get the chance to notice it.

“Real beauty” is a big thing in skin-care marketing these days—which is arguably the most powerful element of beauty marketing these days, with Quartz reporting that the industry has overtaken makeup as the highest beauty earner. We now regularly see different body types, skin colors, and hair textures represented in beauty advertisements. There may be a gap tooth, there may be a stretch mark, or even a pigment variation, but all the “diverse” models still have a lot in common. They’re all hot. Their faces are uncannily symmetrical, their skin is impossibly clear. They’re objectively beautiful, just as “Ugly Betty” from the eponymous TV show is objectively beautiful. Just like the pre-makeover versions of Anne Hathaway in The Princess Diaries or Rachel Leigh Cook in She’s All That—they are attractive women painted as ugly, until an upbeat glam montage reveals the real, objectively beautiful versions of them.

And if you don’t see yourself represented in these “real,” diverse images of beauty? Well, then you really must be an outsider. Unreal. Less clean, less pure, somehow. Even less good. 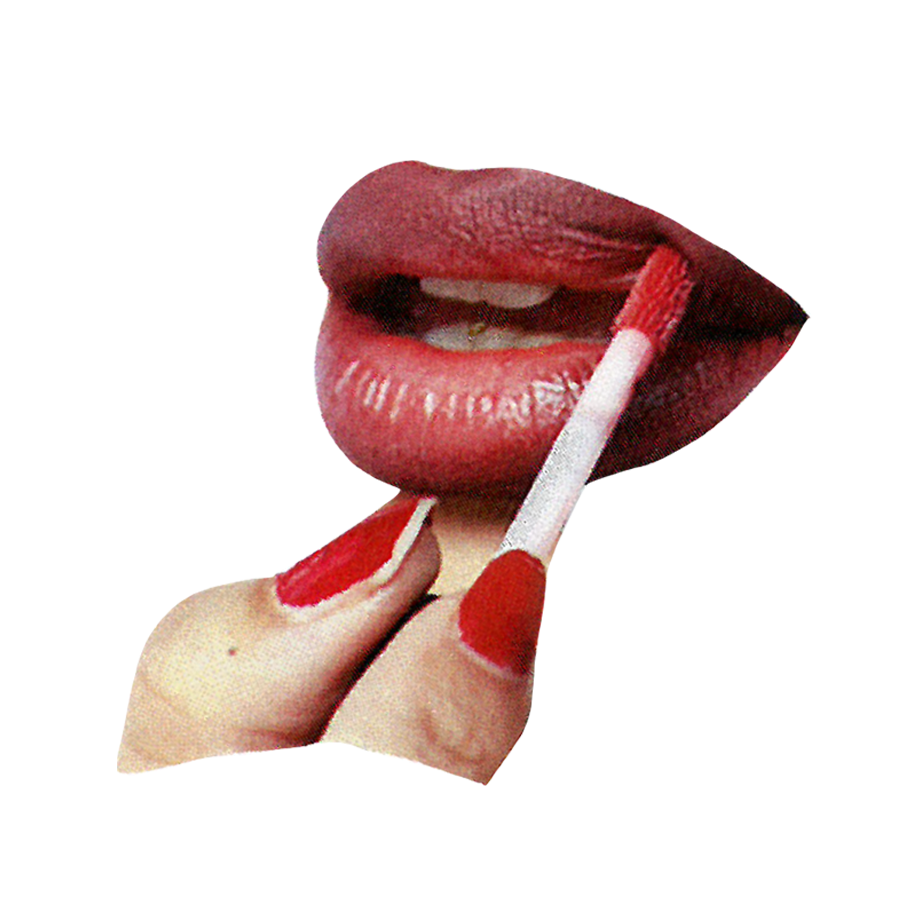 A 1972 study found that people attribute positive characteristics to pretty people, while “unattractiveness” is a distinct disadvantage, consistent with negativity bias. Another study, published in the American Economic Review in 1994 proposed that unattractive men and women earn five to 10 percent less than those considered attractive or beautiful, and that “less attractive women marry men with less money.”

Remember when Tina Fey’s character on 30 Rock dates a really hot guy who’s oblivious to all the positive attention and privileges he receives everyday? She calls it the “handsome bubble,” and as anyone not living inside one can attest to, that’s beauty privilege in action and it’s real as shit. But what does it even mean to be beautiful, according to society’s standards? Depends who you ask.

Victor Hugo wrote that “the beautiful” is “merely form considered in its simplest aspect,” and as a former editor of a fashion publication, I know what he means. Often what we represent as beauty today is a type of simplicity. Models are most successful when they’re a “blank canvas” for someone else to paint on. Distinctive yes, but not enough to detract from the clothes, please. Of course, you want the aforementioned clear, light skin (because yes, beauty is highly racialized), high cheekbones, straight teeth, scarily young, that kind of thing—but overall, beauty is presented as inoffensive, blank. An absence of “ugly” qualities, rather than a quality of its own.

What’s an “ugly” quality then? Surprise—that also depends on who you ask. Gretchen E. Henderson is a lecturer in English at Georgetown University and the author of 2015’s Ugliness: A Cultural History. Her definition, inclusive of historical and aesthetic differences goes like this: “It’s something to be feared or dreaded.” In other words, it’s a threat in the eye of the beholder. A transgression of the blank space where feminized, aesthetic capitulation lies.

While I’m not a historian by any stretch, I like to blame the Enlightenment for this kind of social bias. When you want to contain—to exercise intellectual dominion over—everything there is (as Enlightenment bros did), you have to separate out anything that doesn’t fit. And as Victor Hugo put it, “ugliness” could be seen as “a detail of a great whole which eludes us, and which is in harmony not with man, but with all creation.”

Award-winning writer, author, speaker and appearance activist, Carly Findlay describes beauty privilege as “when people who have natural or enhanced beauty are favored explicitly or subconsciously. They are rarely discriminated against or feared because of their appearance. People with beauty privilege don’t have to look far to see themselves.” On the definition of “beauty” she says, “clear skin, long hair, thin,” and defines “ugly” as “the Other, the opposite.” She’s spent her life analyzing—and living—people’s conceptions of both.

“I live with a rare severe skin condition called ichthyosis,” she says. “Socially it’s hard because I endure questions and comments, and people demand to know what is ‘wrong’ with me or how I got this way. My appearance is no longer private property. It’s up for discussion and judgment. People project their own insecurities onto me, saying things like ‘I couldn’t handle looking like you.’’’

The social devaluation of anything not deemed “beautiful” is deeply obvious to Findlay on the daily, but if you scan your own life, I’m sure you’ll find your own examples just as quickly—of the pain these kinds of beauty ideals-based microaggressions cause and how challenging it is to forget them. Yet, it’s clear that while beauty is presented to us as apolitical, the idea of “ugly” is a deeply political one. And it’s the source of a potential feminist-slash-aesthetic revolution, if it can be truly reclaimed.

“When we trace the history of beauty and ugliness,” says Henderson, “it invites us to look at both the object and context: not only who or what is called ugly, but by whom, when and where … As social contexts have colored fearful perceptions, ugliness has accrued negative associations. Sometimes what is new, unfamiliar, or different can challenge the eye or ear of the beholder … As cultural contexts shift, ugliness can signal a bleeding edge that leaves change in its wake.”

Both beauty and ugliness—as social categories that rely on each other to survive—grant or deny access to social spaces and to capital. But since beauty is the ideal, ugliness becomes the weaponized, politicized notion of “other” or “threat” deployed to uphold power. Imagine if we could disarm that power. Imagine if fear-based marketing was rendered moot because there was no longer anything to fear. Because there isn’t.

“I see many people who don’t have facial differences scared to go to work without makeup, and using beauty enhancers on their social media photos,” says Findlay. She also refers to the oppressive advertising used to sell products that remove dandruff, or clear acne, saying they’re sold in a way that makes people think becoming “prettier” will somehow “lead to a better life—being filled with love, career opportunities, and laughter.”

She adds, “To live with a facial difference or with an impairment or chronic illness is a political act—because we are expected to hide, to cover up … to be ashamed, to be killed even. Our faces and bodies aren’t valued. And this isn’t surprising when the mere act of a woman with beauty privilege going without makeup is considered brave.”

As Findlay points out, we live in a time where both non-disabled actors are cast as characters living with disabilities, and movie villains often have fake facial differences, just to drive home the fact that they’re evil. “Think Scar, Two-Face, and Dr. Poison,” Findlay says. And while it’s stupidly obvious, I realized I’ve never noticed that about the bad guy. I’ve never really had to. 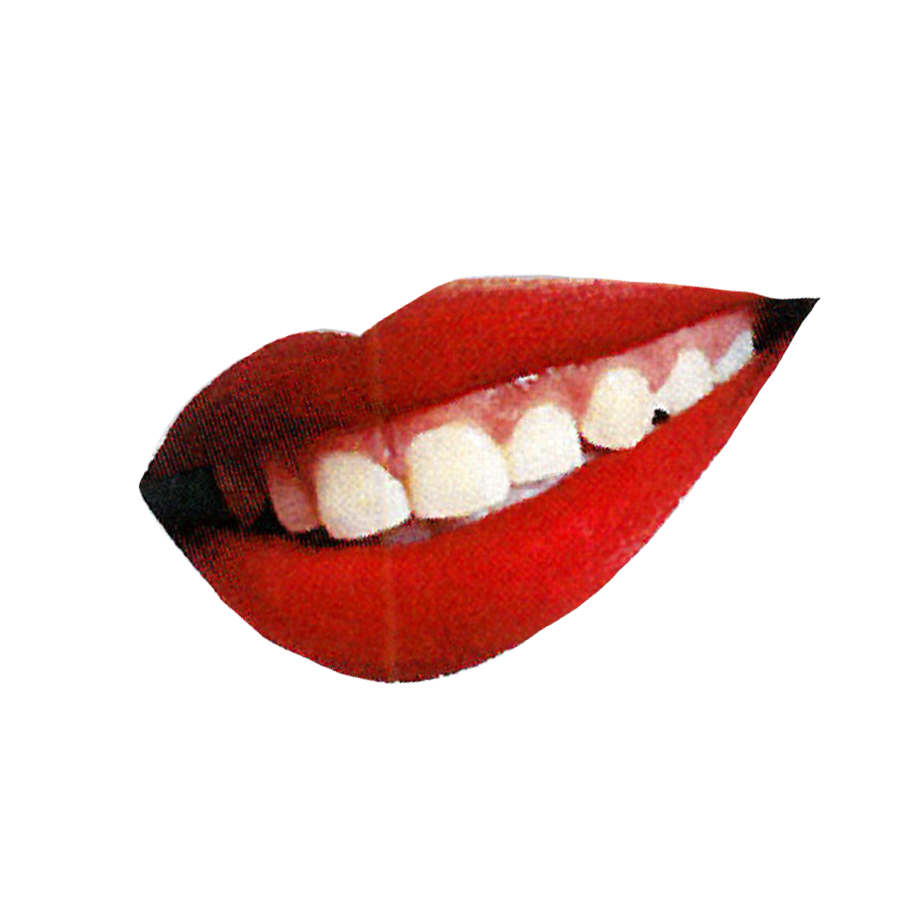 It’s checking our beauty privilege at every level that serves as a good starting point for readdressing and blurring the ugly/beautiful binary. But, as identity-centered social justice conversations have shown (at least on my feed) admitting privilege is hardly enough. So what does change take?

First things first: “People with facial differences shouldn’t be used as examples to put others’ lives in perspective,” says Findlay. “We aren’t here for your teaching moment.” And at the very least, people with appearance privilege can “stop fearing going out of the house with no makeup, or not using a filter on photos,” she adds. “They can also stop talking badly of or apologizing for their own appearance—because this says a lot about how they see others.”

And as for Henderson’s advice on making sure we remain on the upswing of progress when it comes to the power and privilege of beauty? It’s as simple as active listening and curious talking. After all, how often do we sit around with our friends and dissect our fears and biases surrounding prettiness and “ugliness”?

“Be yourself while giving others the space to do the same. Set up spaces for dialogue around differences,” suggests Henderson. “Ask questions. Cultivate spaces to listen. Invite others into conversations … Learn from history as histories, not singular but plural, especially since many histories have been suppressed or erased and need to be reconstituted and acknowledged, otherwise, we risk repeating the past.

“Since we are living history, we are not only inheriting past perceptions but engaging with—or alternatively, ignoring or denying—them to co-create tomorrow’s future.”

We all know that beauty, like everything else, is subjective. If we can reclaim our minds, own our bodies, love the skin we’re in, and celebrate the colors, textures, and variability of our figures at any age, surely we can look in the mirror—look ourselves straight in the face—and trulyacceptwhat we see. And at the very least, we can refuse to accept the objectifying critique of a dude on the dance floor who can’t even stand up straight.