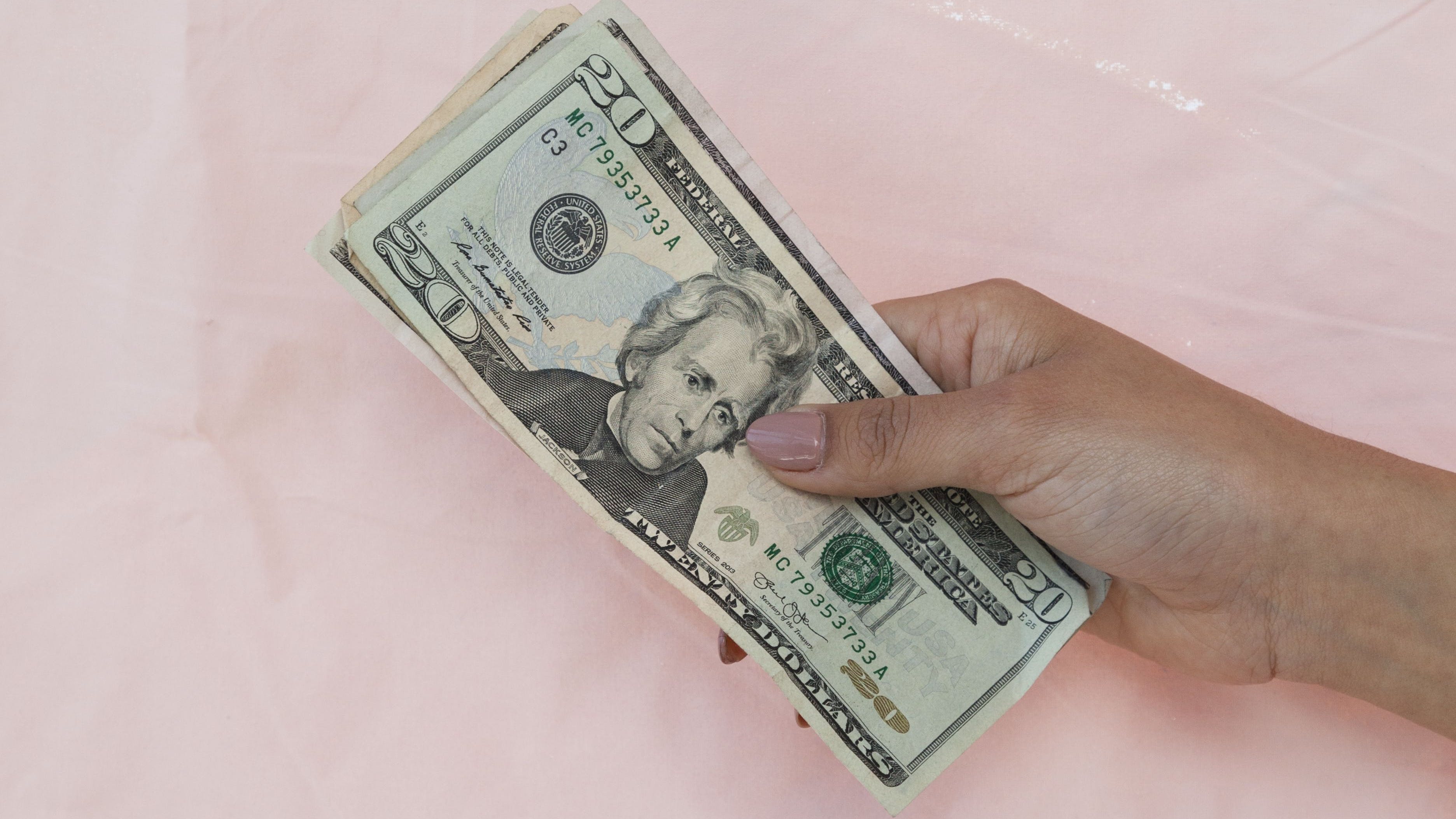 What You (Yes, You) Need To Know About Saving For Retirement Right Now

It’s more important than ever to take an active role in setting yourself up for those primo golden years—and don’t worry, it only *seems* complicated.

In theory, retirement has always been that sweet, sweet carrot dangling ahead of us through the seemingly endless slog of our working years. You know, sleeping in, casual gambling, all track suits all the time, and telling everyone younger than you what’s what, because you’ve seen some shit.

But in reality, those sunset years are harder to bring to fruition than most of us realize. Considering the future of social security benefits is a hot mess dipped in moldy yogurt, as well as the whack conversations going on right now regarding new potential restrictions being placed on retirement programs under Trump, getting to kick your feet up during your golden years is less of a sure thing than ever.

Millennials are kinda “meh” about setting money aside for that comfortable-shoes era: According to recent research conducted by Wells Fargo, 41 percent of Americans between the ages of 17 and 35 haven’t started saving for retirement yet.

The reasons why we’re not saving are sundry and complicated, of course; we have significantly more debt, for starters, as well as a higher costs of living than previous generations. It can also seem complicated if you’re not familiar with investing—especially in the instance that you’re a freelancer or your employer isn’t handling it for you.

Still, it’s extremely important. Below, read up on the basics of the two options that will are most viable for most people—a 401(k) and a Roth IRA.

A 401(k) is a retirement plan that’s sponsored by your employer, meaning they’ll withhold a portion of your paycheck every month to invest in things that will help your money earn money i.e. stocks, bonds, and money market investments. The kicker here is that your contribution will be factored in beforetaxes are taken out of your paycheck.

Make sense? Not really? Don’t worry, we got you: Here’s what that means, using some numbers that we’ve made nice and round for the sake of illustrating this simply (it can be slightly more complicated than this depending on state taxes, other taxes, and additional factors like your filing status, but you’ll get the basic idea):

Say your gross pay is $2,000 each month, and you fall in the 15 percent tax bracket for 2017. Your take-home pay is $1,700 after federal taxes have been deducted (though again, keep in mind that this is an oversimplified version).

And that’s a pretty big deal, because the more you put into your account earlier on, the better off you’ll be—that’s how compound interest rolls. However, the tax-free party you’re having today will come for its due later on: Once you’ve reached your 59th-and-a-half birthday, you get to smash that piggy bank, but it’ll be taxed like regular income.

Here’s the other big potential benefit of a 401(k): Employers will often match your contribution up to a certain percentage, generally between 3 and 6 percent.

To use our previous figures from above, that means that if your employer is going to match you at 5 percent, they’ll kick in an extra $100, on top of the 10 percent (or $200) that you’ve decided to contribute. That’s free money, honey, so of course, best practice dictates that you contribute at leastas much as your employer is willing to match.

Shindy Chen, a personal finance expert and bestselling author of Credit Score Hacks, emphasizes that if this is the case, you should absolutely take it.

“Alas,” Chen warns, “there are caveats. Check out how long you must work at said company before the matched money is yours to keep. This is literally ‘putting in your time’—a concept known as ‘vesting,’ and you’ll want to check your company’s vesting schedules. If your company doesn’t offer immediate vesting when you begin contributing, think about whether you see yourself working there for the next three or six years, or whatever the schedule requires.”

Additionally, Chen cautions that these programs have changed over time, and not for the better: “My beef with most 401(k) programs today is that they’re loaded with all kinds of fees and middlemen; they’ve grown into this inflated sales industry, and are limited to a small menu of investments which aren’t tailored to a person’s individual path in life,” she says.

Ahead of investing in a 401(k), she notes that it’s essential to ensure that the program being offered by the investment company meets basic fiduciary standards.

“There is a lot of debate over the government’s intentions here and why they’re considering this shift, and President Trump’s statement that ‘nothing will change’ doesn’t offer much reassurance,” Chen says. “Many speculate that the government wants more money now, versus later, to fund government spending…” Sounds shady AF.

You’re gonna wanna pay attention to this one, freelancers, and anyone else whose employers don’t offer a 401(k): A Roth IRA is a retirement account that is set up directly between an individual and an investment firm.

While Roth IRAs might not seem as sexy right out of the gate—there’s no employer on the other side of it matching your contributions, and you don’t get to tap into that shiny pre-tax paycheck that can encourage you to contribute more early on—a Roth IRA has a very significant benefit:

Because you’re contributing a portion of your take-home pay on your own (i.e. you’ve already paid your taxes on that money), you don’t pay taxes once you start disbursing those funds to yourself at that magic age of 59 and a half. Which is a pretty big deal, because that means the returns on your investment go straight into your pocket—no need to share with Uncle Sam.

There are also less strict rules as far as how much you distribute to yourself and when, whereas 401(k)s and other retirement savings plans have “required minimum distributions,” meaning you haveto take out a certain amount of money—even if you don’t need it at the moment—and that money is taxable.

Chen adds that because you don’t pay taxes on the backend, there’s added certainty, which is a huge plus in the context of our uncertain times: “Wouldn’t you rather have that certainty of always knowing what money you can take out? Because with Roths, you can always take out 100 percent of your original contribution without penalties. Or would you rather be surprised by how much income is left after you’ve paid taxes on it the future, as is the case with a 401(k)?

Bottom line? The investing industry is pretty much always going to live in Shadyville, USA, and it appears that the Trump administration is willing to gamble with your golden years in exchange for cutting a tax plan now. Sad!!

For Financial Literacy Month this April, we’re rounding up our favorite articles and resources on saving money, earning more, and spending wisely, so you can take control of your financial situation. Follow along all month for the features that’ll help you navigate money matters on your own terms—like this one.

This story was originally published on October 26, 2017. It has been updated (and will continue to be updated) to include new tips, advice, and guidance, to ensure we are always giving you the best, most valuable resources. 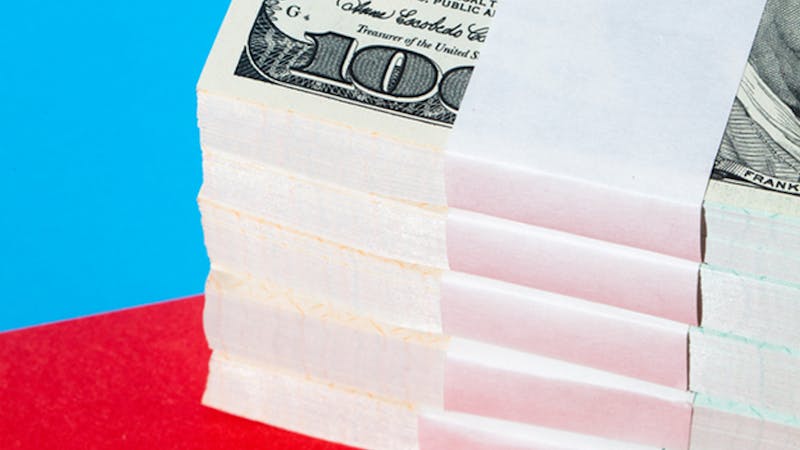 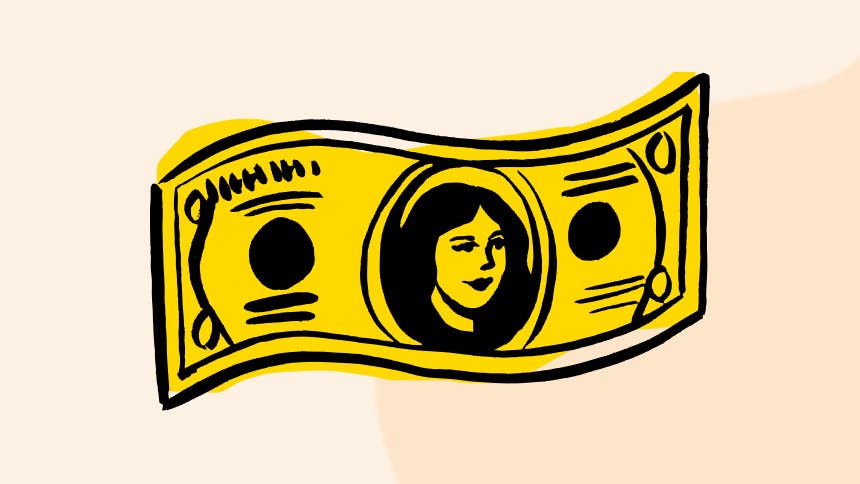 Money
Freaking Out About Taxes? Here’s What To Do If You’re Drowning In Returns Stress
Plus, how to make 2018 the year of investments.
4 min read
Read More
Sign up for our newsletter
We'll send you updates on our latest launches and more.