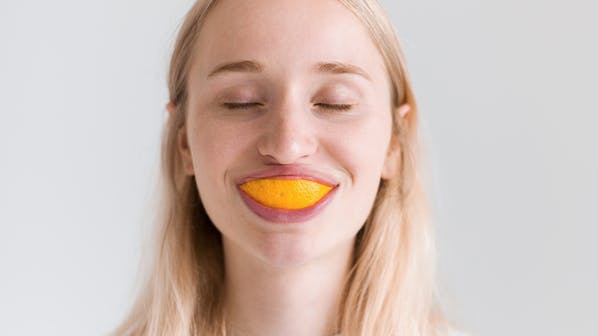 What I Learned From Being Obsessed With My Teeth

I’ve never liked my teeth, and yet, you could say I’m obsessed with teeth. Mine are tiny, for one, like corn kernels, and although they’re not as yellow as corn, they aren’t sparkling white, either. One of the top canines has been lathed down by years of grinding, so it looks chipped. I’ve always longed for a broader smile, like the ones you see on TV and in magazines.

My teeth have never been healthy, either. I get cavities like other people get pimples, and I’m no stranger to the root canal. All through my twenties, this is how the song went: I would see a dentist, who outlined the damage (either with glee, disapproval or sympathy, depending on the dentist), and then I got the work done. And then, because whatever insurance I had only covered the cleaning and maybe 50% of a single filling, I spent the next year or more paying off my debts. By the time I had dug myself out of this financial hole, I was so resentful that I didn’t return for another check-up. Why bother if my teeth were never going to be beautiful? I gave up on them.

I admit, this wasn’t the wisest course of action, but up until a few years ago, I lived paycheck to paycheck, and didn’t actively seek out ways to deplete my meager funds. Teeth have long been a signifier of class, and we often equate bad ones with poverty. Unless you’re blessed with good luck and even better genes, it costs money to have nice teeth. And time, too. To be able to set aside an hour, or two, or three, in the name of disease prevention, is a privilege.

But let’s get real: I am privileged—this isn’t the socio-economic saga of my smile. I was raised middle class, and as a kid, I saw a dentist fairly regularly. I even had braces. (My front teeth used to be so crooked my dad liked to say I could’ve opened a can with them.) While my money woes contributed to my dental problems, they can’t fully explain why, by the time I turned thirty, I was healthy in all ways but one. I ate well and exercised, but to hell with my teeth! I looked like a shark when I smiled, so who cared if they rotted out of my head?

I kept up this act for a while, all through my pregnancy with my son and his first couple of years. But various molars would throb every now and again, and my gums would bleed when I brushed them. I’d wake in the morning with a headache, a sign that I’d been grinding. I successfully ignored all of this until my son was four and I had my daughter. I began to worry that my kids would inherit my bad teeth, and it weighed on me. I realized I would need to set a good example. For the children. I now made enough money for dental work, so there was no excuse. Maybe, I thought, maybe I can change my ways.

It had been over five years since my last check-up, and on the X-rays my teeth were shadowed in ways that made my dentist and her assistant frown and exchange troubling glances. I would need substantial work, they said: a series of Novocaine-required deep cleanings to rid my teeth and gums of plaque and tartar; a couple of fillings; one crown; and a mouth guard to wear at night—I was grinding my teeth to dust. Oh, and I should consult with an oral surgeon immediately, since my wisdom teeth were in terrible shape and the decay was spreading to the molars next door. I sighed, unsurprised at all this bad news. At the front desk, I made a series of appointments. I would settle this once and for all.

The first time back in the reclining dentist’s chair for substantial work, tools whirring all around me, my eyes protected by a pair of orange-tinted wraparound glasses like some over-the-hill ski bum, it hit me that I’d avoided the dentist not only because of the cost, but because I didn’t want to think about what my teeth, and their condition, represented. Back when I was twenty-two, then twenty-five, even when I was twenty-seven, I was paying off the latest root canal or cavity, but I was still young and in control. I truly believed I would always be the way I was, teeth included. But I was beginning to understand what many a dentist had been trying to tell me for years: the decay in my mouth would only get worse. It was inevitable as death. Hell, it was death. And I was here to stave it off as long as I could.

The dentist had numbed me up, shaking my mouth as she inserted the needle. I closed my eyes, breathing deeply through my nose, and tried to surrender to what would happen next.

My friend Flo, who recently suffered major crown repair and a bite gone awry, told me her thoughts about her teeth were so dark she couldn’t bear to share them. “I heard in the Middle Ages it was the number one reason for suicide.” (My brief Google search could neither confirm or debunk this statistic, but it doesn’t sound all that far-fetched.) Another friend, Catie, told me that the maintenance of her teeth “feels overwhelming and impossible.” There’s a feeling that no matter what we do, we can’t stop the rot. And when we try, it hurts so bad. It’s a little unfair, isn’t it? That the hardest part of us could be so fragile. As a species, we are leading longer and better lives, but our teeth are caveman throwbacks, fit for twenty, thirty years, max, of sugar-free buffalo gristle. Teeth aren’t made to last as long as we need them to, and yet, they’ll also outlive us, refusing to decompose with the rest of our bodies, offering proof of what we did and didn’t do.

After my recent spate of dental visits, I vowed to be better. I made an appointment to see the oral surgeon and another to revisit my dentist for a cleaning six months down the line. I began to floss every night, and to use an electric toothbrush. I wore my mouth guard to sleep. For the first time, my teeth felt clean and white, and I was proud of them. As long as I did what I was told, I’d look this way forever. Right?

Or not. At the oral surgeon’s last month, I was told that my new mouth guard had messed with my bite, which, if left unchecked, could require major surgery later. At the dentist a week later, I was told I’d need a decade-old crown replaced, and another cavity filled. We looked at the X-rays again, and the dentist told her assistant that she wanted to “watch” other dark parts of my mouth. No matter what I did, the rot would come for me. What was the point?

I came home, spent. My daughter was waiting for me. She is now eight months old, with two bottom teeth. They’re so small, smaller than her brother’s, and very close together. I can already tell that they will look like mine. This occasionally fills me with fear for her, and guilt for passing on the problems that have plagued me.

It’s also for her that I’ve vowed to keep seeing the dentist. When she smiles and I see these two tiny teeth poking above her lower lip, they make me smile, too. When I see her teeth, I don’t want to stop seeing them, because it’s a reminder: Life is never long enough. I hope she will never hate them. And I hope she will floss. 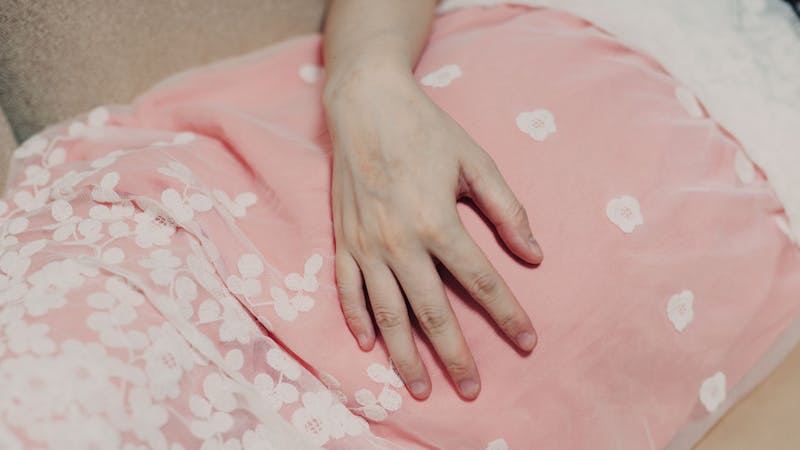 Wellness
What Nobody Tells You About Giving Birth
It’s nothing like you see in the movies.
4 min read
Read More 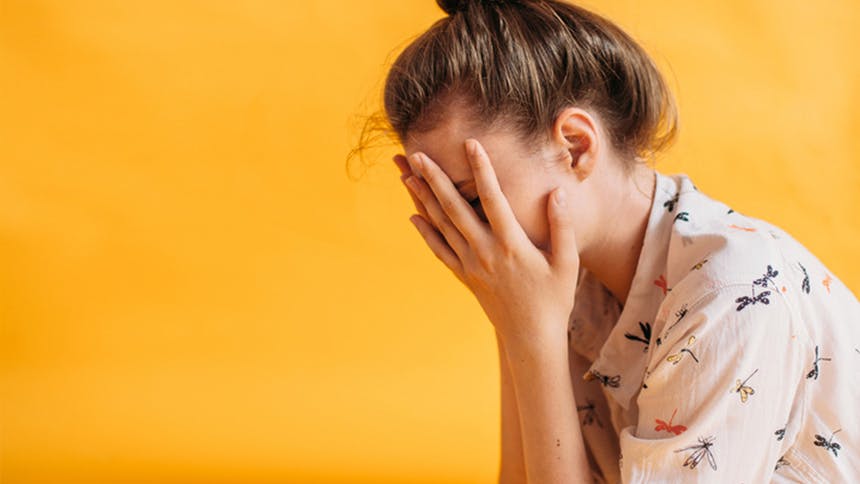 Wellness
Motherhood And Mental Illness—A Business Founder’s Survival Guide
“Basically, I had to make my bipolar, my bitch.”
5 min read
Read More
Sign up for our newsletter
We'll send you updates on our latest launches and more.